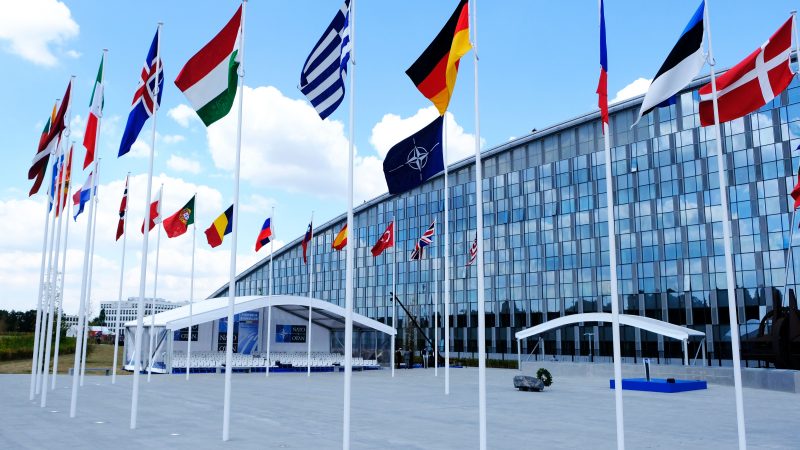 Separately, the European Union also condemned the “unacceptable” attack and “any action that would be detrimental to peace and stability in this area”.

The United States, Britain and Israel say Iran launched the attack on the vessel, MV Mercer Street, off the coast of Oman last week, killing a British security guard and a Romanian crew member.

Iran, which inaugurated ultraconservative Ebrahim Raisi as its new president on Tuesday, denies involvement. It has warned it would respond to any “adventurism” from its western foes.

Britain and Romania are allies in NATO, alongside the United States which has promised to lead a “collective response” to the incident.

On Tuesday, a NATO spokesman “strongly condemned” the attack.

“Freedom of navigation is vital for all NATO Allies, and must be upheld in accordance with international law,” NATO spokesman Dylan White said.

“The United Kingdom, the United States, and Romania have concluded that Iran is highly likely responsible for this incident.

“Allies remain concerned by Iran’s destabilising actions in the region, and call on Tehran to respect its international obligations.”

EU foreign affairs spokeswoman Nabila Massrali told reporters: “The exact circumstances of this attack have to be clarified. And we take note of investigations carried out by the United States, the UK and Israel.

“This is an action that was against a freedom of navigation in this area and of course, unacceptable.”