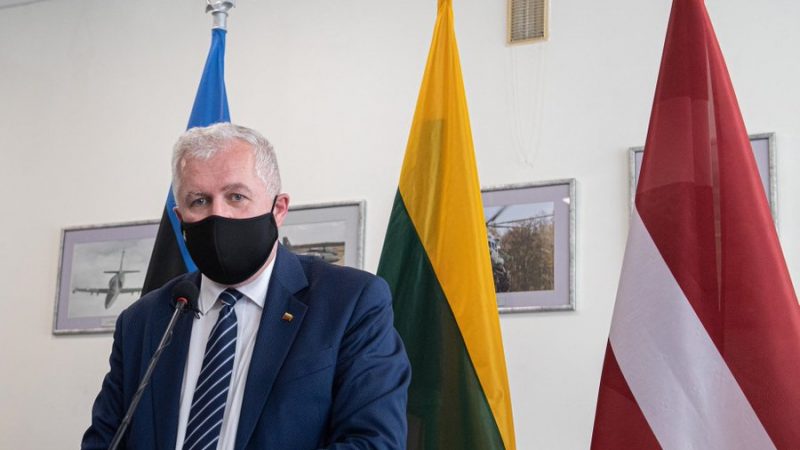 Countries bordering Belarus expressed concern on Thursday (11 November) that a crisis over growing numbers of migrants trying to break through its frontiers into the European Union could escalate into a military confrontation.

Lithuania, Estonia and Latvia condemned “the deliberate escalation of the ongoing hybrid attack by the Belarusian regime, which is posing serious threats to European security”, referring to charges that Belarus is using migrants as a weapon.

“This increases the possibility of provocations and serious incidents that could also spill over into military domain,” a joint statement by the Lithuanian, Latvian and Estonian defence ministers said.

The Defence Ministers of 🇱🇹🇱🇻🇪🇪 see the security crisis unfolding on the 🇵🇱-🇧🇾 & 🇱🇹-🇧🇾 border as very alarming, and UNEQUIVOCALLY condemn the deliberate escalation of the ongoing hybrid attack by the Belarusian regime, which is posing serious threats to European security. pic.twitter.com/gvxnATjxcf

Migrants stranded inside Belarus threw rocks and branches at Polish border guards and used logs to try to break down a razor wire fence overnight in new attempts to force their way into the EU, the authorities in Warsaw said on Thursday.

The EU on Wednesday accused Belarus of mounting a “hybrid attack” https://www.reuters.com/world/russia-flies-nuclear-capable-bombers-over-belarus-migrant-crisis-escalates-2021-11-10 on the bloc by encouraging thousands of migrants fleeing war-torn parts of the world to try to cross into the bloc, and is gearing up to impose new sanctions on Belarus.

Belarusian President Alexander Lukashenko threatened to retaliate for any sanctions, including by shutting down the transit of natural gas and goods via Belarus.

The crisis has sparked a new confrontation between the West and Russia, which dispatched two nuclear capable strategic bombers to patrol Belarusian airspace on Wednesday in a show of support for its ally. Belarus said Russian planes carried out drills for a second day on Thursday. 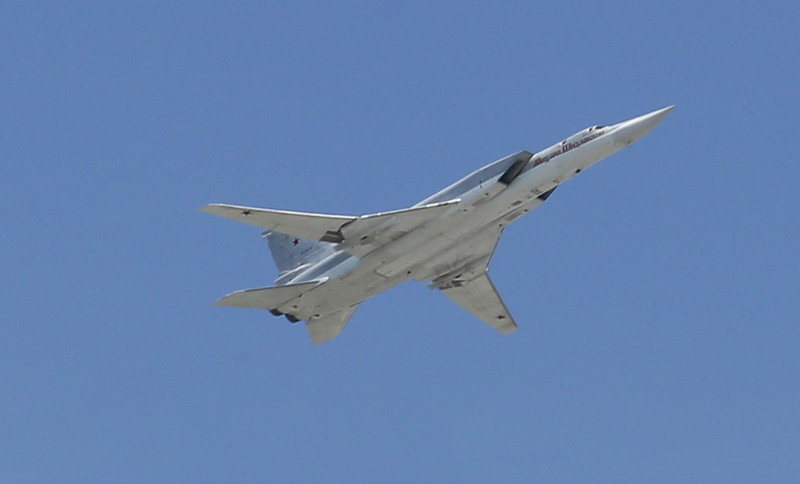 Russia blamed the EU for the migrant crisis on the border between Belarus and Poland, accusing it of trying to “strangle” Belarus with plans to close part of the frontier and urging it to talk directly with Minsk.

“We have to constantly monitor the situation at the border. Let them squeak, let them shout. Yes, these are bombers capable of carrying nuclear weapons. But we have no other option. We must see what they are doing there beyond the borders,” Lukashenko said.

In comments published by Belarus state media, Lukashenko also said, without providing evidence, that attempts were being made to transfer weapons to the migrants, in what he described as a provocation. It was not clear who he was accusing of doing this.

The Kremlin said Russia had nothing to do with tensions on the border and suggested the presence of heavily armed people on both sides – an apparent reference to Belarusian and Polish border guards – was a source of concern. The Kremlin also rejected as “crazy” a suggestion in a media report that its state flag carrier Aeroflot could be targeted with retaliatory sanctions.

Trapped between two borders, the migrants have endured freezing weather in makeshift camps. Poland has reported at least seven migrant deaths in the months-long crisis and other migrants have expressed fear they would die.

None of around 150 migrants gathered near the town of Bialowieza managed to breach the border, the spokeswoman for the border guards service Ewelina Szczepanska told Reuters, saying there had been 468 attempts at illegal crossings on Wednesday.

Neighbouring EU state Lithuania, which like Poland has imposed a state of emergency on the border, also reported new attempts to breach the frontier.

Lithuanian foreign minister Gabrielius Landsbergis said Lithuania asked the United Nations to discuss creating a “humanitarian corridor” from the Belarusian border for the migrants to return to their countries of origin.

“We have information from social media, that there are people at the border who want to come back, to Iraq and other countries. The only international organization that can pressure Belarus is the United Nations”, he told reporters in Vilnius.

Ukraine said its border guards, police and the national guard would hold drills on the border with Belarus on Thursday to protect the country from possible attempts by migrants to breach the frontier.

While not an EU member, Ukraine is wary of becoming another frontier in the crisis.

The EU accuses Lukashenko of manufacturing the situation in revenge for earlier sanctions after the veteran leader unleashed a violent crackdown on mass street protests against his rule in 2020.

Large groups of people fleeing conflicts and poverty in the Middle East and elsewhere started flying to Minsk this spring. They then travel to the border with EU members Poland, Lithuania or Latvia by taxi, bus or cars provided by human smugglers and try to cross.

Polish authorities say the number of flights to Belarus from the Middle East has increased dramatically in recent months, with the Polish prime minister calling on the EU to take action to stem the flow of airlines ferrying migrants to Minsk.

Most migrants use travel agencies across the Middle East which partner with Belarusian companies to book tourism packages that usually include visa, flight and accommodation.

The price of the whole journey varies and can reach up to about $14,000. In October, Minsk restricted the number of travel agencies in Belarus allowed to deliver tourism invitations, and smugglers as well as agencies have reported a rise in prices.

Russian flag carrier Aeroflot AFLT.MM on Thursday denied any involvement in organising mass transportation of migrants to Belarus, after its shares fell on a news report that it could face EU sanctions over the crisis on the Belarus-Poland border.

Lukashenko and Russia have blamed the EU for the migrant crisis and said the EU was not living up to its own humanitarian values by preventing the migrants from crossing.