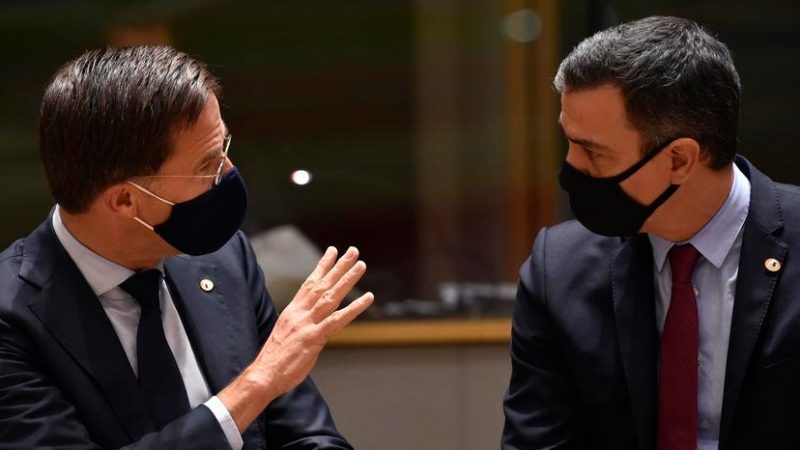 Spain and the Netherlands in a joint call on Wednesday (24 March) urged the EU to ditch unanimity decisions and keep its economy open, as it tries to become more independent of global powers like the US and Asia in technology, vaccine production and energy, according to a non-paper obtained by EURACTIV.

“The EU must be a global player, with the capacity to decide and act for itself in order to safeguard its public interests,” the joint Dutch-Spanish paper states.

The document covers areas ranging from multilateralism, foreign relations, the role of the euro and taxation, migration, energy and climate, digital transformation and the EU’s industrial policy

The joint call comes as EU leaders are to meet on Thursday to discuss their relations to Russia and China, deal with a rogue Turkey and discuss the bloc’s economic and digital agenda.

The timing seems well-chosen as they are also to host US President Joe Biden for a face-to-face discussion about future transatlantic relations at a time when Beijing and Brussels slapped each other with sanctions, and Russia threatened to cut ties.

In his first trip to Europe, US Secretary of State Blinken has marked a stark shift from four years under Trump, who shunned the EU and promoted Britain’s departure.

“Global events, including the current crisis, mark a turning point in the debate on the need for the EU and its member states to have the capacity to take and implement autonomous decisions, preferably in coordination with its global partners, but without being compromised by one-sided dependencies,” Spanish premier Pedro Sánchez and his Dutch counterpart, Mark Rutte say in the paper.

The eight-page document defines strategic autonomy as “a means, not an end in itself,” and rather a tool to achieve “greater resilience and interdependence” in a globalized world in which “interoperability must prevail over uniformity.”

The debate about how to define strategic autonomy, a catchphrase coined largely by French President Emmanuel Macron, has been haunting EU policy fields since a few years already, relating to an advocated increase in EU self-sufficiency and boosting its own industry. 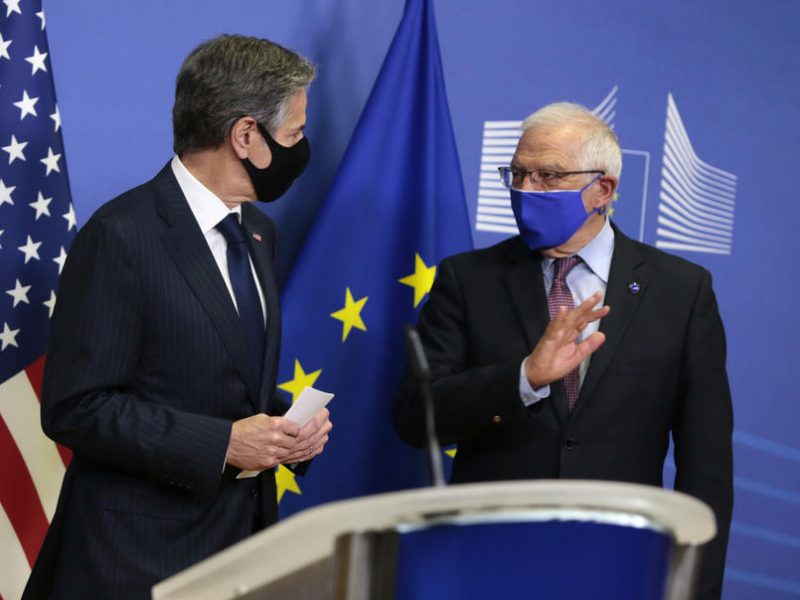 The US and Europe have agreed to relaunch a bilateral dialogue on China and work together to address Russia’s “challenging behavior,” according to a statement from US Secretary of State Antony Blinken and the EU foreign affairs chief, Josep Borrell.

In the strongest line of the document, the two countries urge a revamp of the bloc’s unanimity rules, under which EU decisions must be approved by all 27 EU countries, to break impasses on key issues.

“It could therefore be useful to explore in which areas the extension of qualified majority voting is possible, limiting – where possible and desirable – the instances where unanimity hampers the EU’s capability to act,” they said.

On migration, the paper advocates for more effective border controls and deeper relations with countries of origin.

As an EU diplomat pointed out, “[the fact] that the document itself come into being is more significant than the content itself, especially after the disagreements that there have been”.

During the EU budget negotiations, the Netherlands under Rutte have spearheaded the group of the so-called Frugals – Sweden, Denmark, Austria and the Netherlands as well as Finland at a later stage – an informal cooperation among like-minded fiscally conservative European countries.

Their advocacy for EU budget rebates and tight fiscal policies in the eurozone governed by the Stability and Growth Pact had alienated countries of Europe’s South.

The call also comes as the European Commission announced on Wednesday tougher rules on the export of COVID-19 vaccines, including clearer rights to block shipments to countries.

The COVID-19 pandemic has prompted the EU to consider measures to secure key supply chains in a bid to ensure the bloc’s strategic autonomy.

Keeping Europe’s economy open must be a key element of this strategy, Rutte and Sánchez said in a letter to European Council President Charles Michel.

“The EU must uphold its commitment to open economies and societies,” the two countries said in their paper.

“The EU’s strategic autonomy does not imply isolationism or economic protectionism; rather it should be built on principles of multilateralism, cooperation and rules-based free trade, without undermining the interests of the least developed countries,” they said.