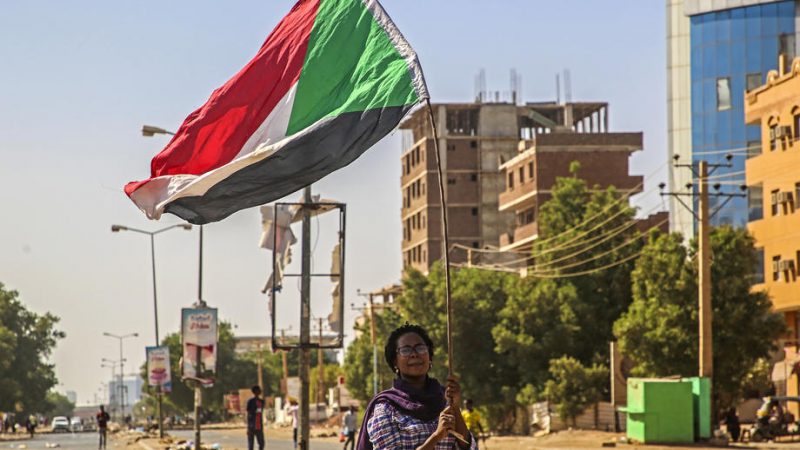 Sudanese people protest against the military coup in Khartoum, Sudan, 17 November 2021. Sudan's military seized power on 25 October and arrested the Prime Minister and other senior ministers and civilian members of the Transitional Sovereignty Council during early morning raids. [EPA-EFE/STRINGER]

Street clashes again shook Khartoum as internet services returned to Sudan on Thursday (18 November), a day after 15 protesters were killed in the bloodiest violence since the country’s 25 October coup.

US Secretary of State Antony Blinken led a chorus of international condemnation over the crackdown and demanded that Sudan’s people be allowed to “assemble peacefully and express their views”.

The United States is gravely concerned by the use of deadly force against peaceful protesters yesterday in Sudan. Sudanese authorities should respect the right of all in Sudan to peacefully assemble and freely express their demand for restoration of the civilian-led transition.

The demonstrations on Wednesday were organised despite a near-total shutdown of internet services and the disruption of telephone lines.

Police on Thursday fired tear gas to disperse anti-coup protesters and tore down makeshift barricades before dozens of demonstrators returned to rebuild them only to face more tear gas.

“Protesters responded by hurling stones at the police,” one of the witnesses said.

AFP journalists were able to access the internet, including social media networks through VPNs. 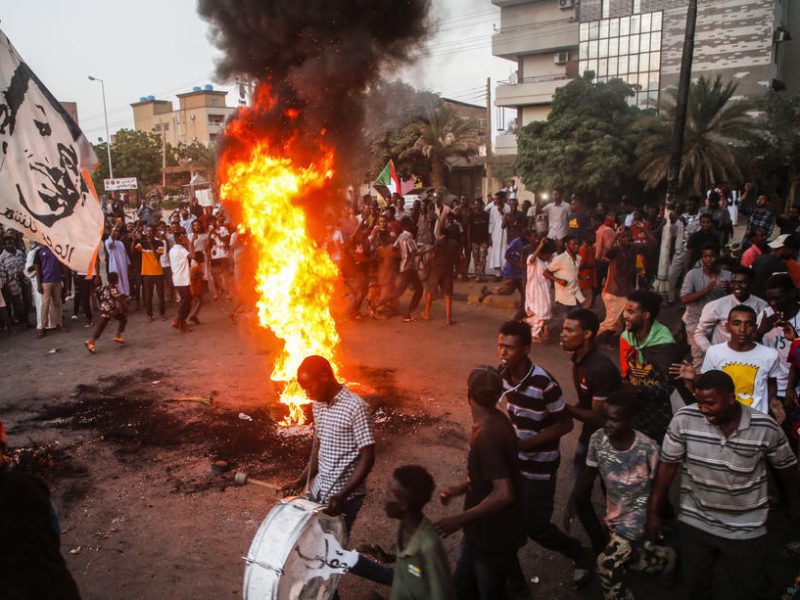 From the United States to the Arab league, the world reacted with alarm after an apparent coup in Sudan where armed forces on Monday (25 October) detained the prime minister. 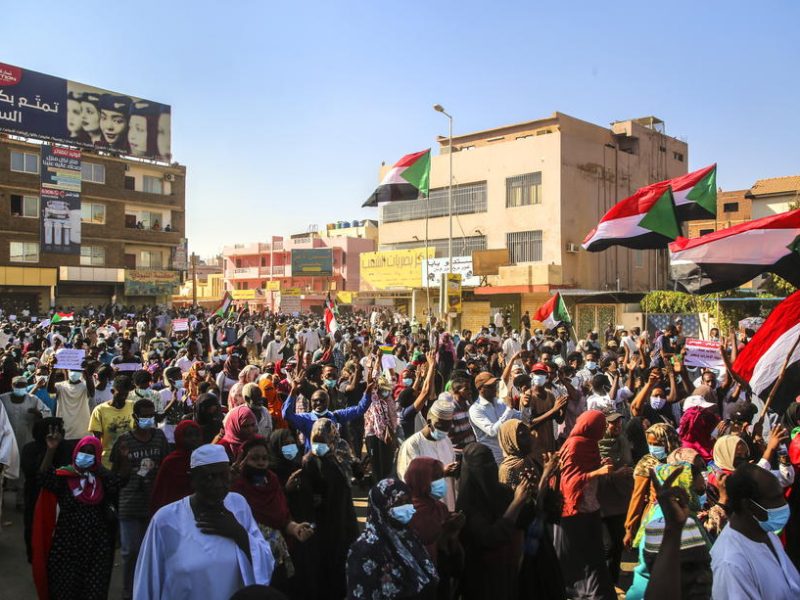 The European Union on Sunday (14 November) condemned a violent crackdown on protesters in Sudan against last month’s coup that left six dead and demanded the release of detainees including journalists.

Burhan insists the military’s move “was not a coup” but a step to “rectify the course of the transition” to civilian rule.

Thousands took to the streets on Wednesday in Khartoum and other cities but were met by the deadliest crackdown since the military’s takeover.

At least 15 people were killed, most of them in north Khartoum, doctors said, raising the overall toll since the coup to 39 dead.

But police said they had recorded only one death among protesters in north Khartoum. Another 30 had suffered breathing difficulties from tear gas inhalation.

They said they had fired no live rounds and used only “minimum force”, even as 89 officers were wounded, some of them critically.

UN Special Rapporteur on Freedom of Association Clement Voule said he had “received alarming reports of increased use of lethal force by the military against peaceful protesters”.

The European Union said the “perpetrators of these violations will be held accountable” and that the blackout must “not prevent the world from being informed about these human rights violations”.

Statement by the HR/VP @JosepBorrellF on the political developments in Sudan🇸🇩 https://t.co/TsezvqW3FK

By Thursday morning, phone lines had been restored before internet services returned.

Bridges connecting Khartoum with its neighbouring cities reopened and traffic returned to the streets of the capital.

Last week, Burhan formed a new Sovereign Council, the highest transitional authority, with himself as chief and military figures and ex-rebel leaders keeping their posts.

He replaced members from the Forces for Freedom and Change (FFC), Sudan’s main civilian bloc, with little-known figures.

The FFC is an umbrella alliance that spearheaded the protests which led to the ouster of Bashir in 2019, and its mainstream faction has supported the anti-coup protests of recent weeks.

Since the coup, Burhan has removed clauses referring to the FFC from the 2019 power-sharing deal between the military and the civilians from the bloc.

This week, US Assistant Secretary of State for African Affairs Molly Phee met with the generals and the ousted civilian government in a bid to broker a way out of the crisis.

Phee has called for the reinstatement of ousted Prime Minister Abdalla Hamdok, who is effectively under house arrest.

Burhan has vowed to hold the planned elections in 2023, reiterating to Phee on Tuesday that his actions aimed to “correct the trajectory of the revolution”.

On Thursday, a senior US official said Washington was convinced that Sudan’s military wanted to find a way out of the crisis.

“Everybody, it seems to me, wants to find a way back, which is not the feeling I think you would get from the outside,” said the senior official on Blinken’s plane on a trip to Africa.

“There is a lot of room for finding a way forward.”