In the presence of French President Emmanuel Macron, on the sidelines of the world’s largest air show, defence ministers of the three countries signed the agreement launching a trilateral framework of cooperation to design a next-generation fighter jet.

The decision to cooperate followed tough negotiations with the French government and within Germany’s struggling ‘Grand Coalition’. In July 2017, Chancellor Angela Merkel and Macron agreed on the development of the fighter system and a new battle tank.

Dassault Aviation and Airbus are set to build the fighter jet, while France’s Safran and Germany’s MTU Aero Engines will jointly develop the new warplane’s engine.

The French and German governments expect to invest an initial €4 billion in the combat jet by 2025, with France, the project leader, contributing €2.5 billion, according to the French defence ministry.

Unlike the Eurofighter, the new FCAS will also include a range of associated weapons, such as swarms of unmanned aerial carriers (drones) interconnected by a cloud, surveillance and command aircraft, cruise missiles, satellites and ground stations.

Paris and Berlin want the first flight of the prototype to take place in around 2026.

The new fighter jet is expected to take to the skies from 2040, with a view to replacing the French Rafale and Germany’s Eurofighter.

Spain had come on board during a NATO meeting in Brussels in February this year, with other nations declaring intent to sign on as well.

“In 2040, the French Armed Forces will be equipped with a combat aircraft, built between Europeans, to face the fights of tomorrow. This is historical and that’s just the beginning,” French Defence Minister Florence Parly said after the signing.

Given the high interest in Lockheed Martin’s F-35 fighter jet among European partners, with Poland recently sealing a deal to purchase 32 of those aircraft, the new military project is also seen as part of a broader push to unify Europe’s military might and reduce its reliance on US equipment.

European companies face much bigger American rivals, such as Lockheed Martin, Northrop Grumman and General Dynamics, underscored by the mega-merger of Raytheon and United Technologies announced earlier this month.

“There’s an increasingly glaring imbalance between the way Europe is constructing its aeronautic, space and defence industry, and the way it’s happening in the two blocs that are challenging it, the United States and China,” said Philippe Plouvier of the Boston Consulting Group in Paris.

US President Donald Trump has further bolstered defence spending that should reach “an extremely high level this year, $700 billion compared with $200 billion in 2002,” Plouvier said.

Analysts point to another problem holding back European players: limited access to cash to finance the development of new technologies that will be key to ensuring the continent’s military deterrents.

But as European defence spending still lags far behind, the billions being spent in the US  and China, Europe could see a new push for its own military projects with the approval of the European Defence Fund budget later this autumn, or the further development of the PESCO framework.

With Madrid joining the initially Franco-German project, a minimum of three partners is reached – a condition set for funding research and development of joint European defence industrial projects under the European Defence Fund, which some parts of the long-term project will now be eligible for.

“For us it is important that over time it becomes a real common European fighter jet system,” German defence minister Ursula von der Leyen said upon signature of the agreement.

According to Germany’s Bundestag budget committee proposal for the project, previous Eurofighter nations such as Britain, Italy and Sweden, “were not to win for a cooperation.”

France had explored working with Britain on the project, bringing together Europe’s two biggest military powers. But having lost the possibility of full cooperation due to Brexit, Britain, meanwhile, launched its own new Tempest stealth fighter project last July, which Italy and the Netherlands have also joined, laying bare European divisions and deepening scepticism about the future of European defence cooperation.

One of the controversial points remains the potential export of the system.

The text signed off on Monday refers to an agreement that Paris and Berlin are meant to finalise by the end of summer. It says that each country is free to export, unless there is an “overriding reason of sovereignty or security”.

“I am firmly convinced that the future of exports needs to be European,” German defence minister Ursula von der Leyen said when asked about changes in export policy.

“We will have to develop a common European attitude, since we will harmonise our armed forces together in the European Defence Union, we will collectively procure systems, and here, using the combat aircraft system as an example, it becomes clear,” she told reporters. 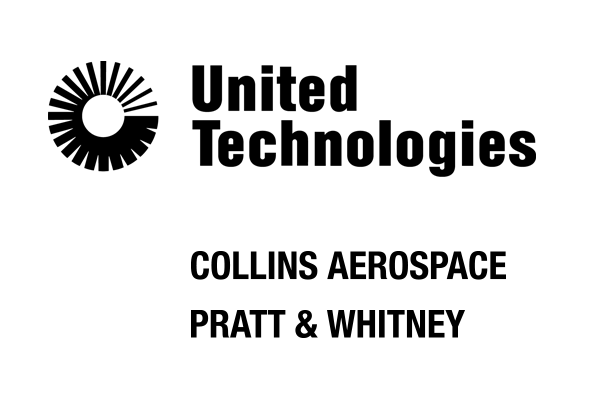 United Technologies Corp. is a global leader in the aerospace and building industries.

Our aerospace businesses — Collins Aerospace Systems and Pratt & Whitney — are redefining the future of flight with next-generation aircraft engines and integrated systems and components.

Our commercial businesses — Carrier and Otis — are pioneering intelligent building solutions and services that keep people more productive, secure and on the move, more comfortably and sustainably.

Our company was founded by some of the world’s greatest inventors. Through the imagination and spirit of our 240,000 employees, we are continuing their legacy of innovation, focused on delivering unsurpassed value to our customers. To learn more, visit www.utc.com. 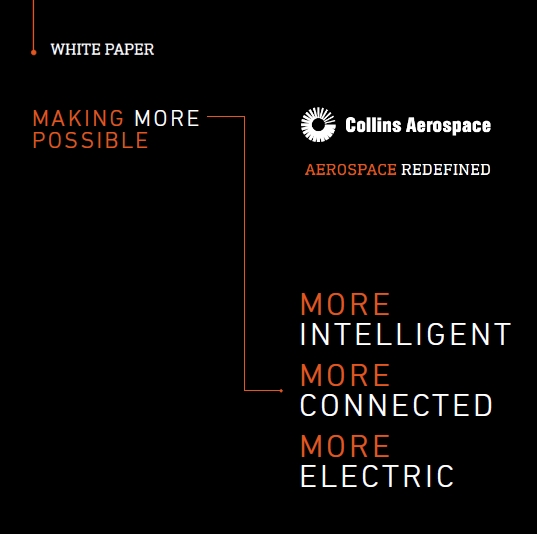 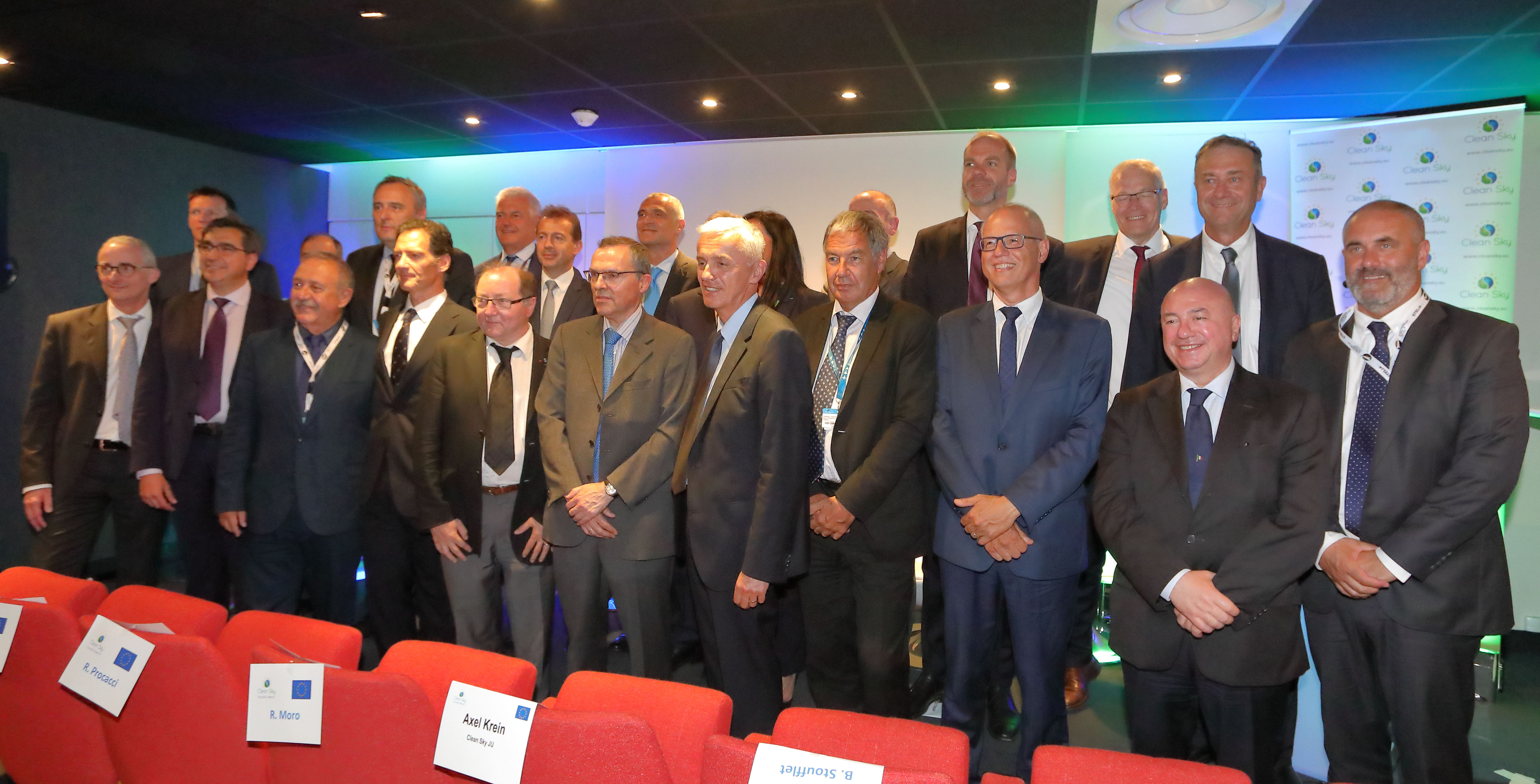 UTC, together with twenty-two other Aeronautics Industry leaders, Research Organisations and University Associations across Europe signed a Joint Declaration of European Aviation Research Stakeholders Related to Clean Aviation in Horizon Europe, to express their strong commitment to a future European partnership that can lead the way towards a deep decarbonisation of aviation by 2050. Read the full press release.

Hybrid-electric flight:
The next step on the path to more electric aviation