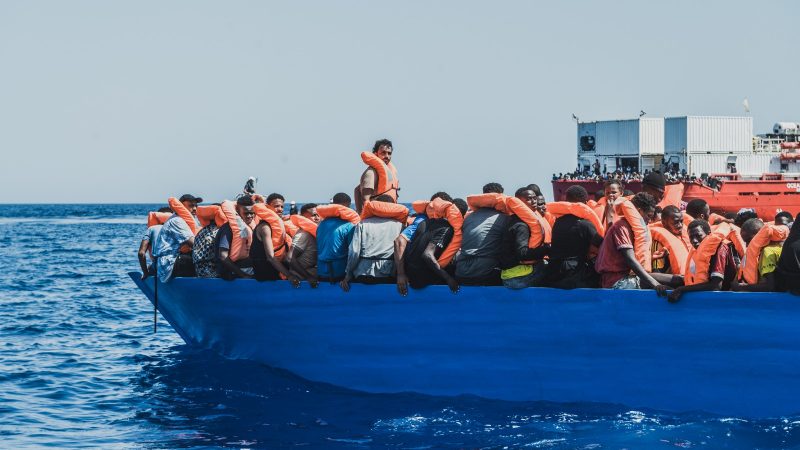 Ocean Vikong rescued 106 people from an overcrowded wooden boat in distress in the Maltese search and recue area. [Twitter account of SOS Mediterannee]

Three NGOs said Sunday (1 August) that they rescued more than 400 people trying to cross the Mediterranean overnight after their boat ran into trouble.

The NGOs — SOS Mediterranée , Sea-Watch and ResQship — said that their rescue ships, the Ocean Viking, Sea-Watch 3 and Nadir, had picked up the migrants after their “large wooden boat” had begun to take on water.

“All night until the early morning, together with @seawatch_intl & @resqship_int, we were engaged in the critical rescue of ~400 people,” SOS Mediterranée tweeted.

The SAR team on #OceanViking just rescued 106 people from an overcrowded wooden boat in distress in the Maltese SRR.

The distress case was first spotted by #SeaWatch3.

The youngest survivor rescued in this operation is just 3 months old. We now have 555 survivors on board. pic.twitter.com/AzPH8n9CTN

It was the fifth rescue operation by Ocean Viking since Saturday and the ship now has “449 survivors onboard in total”, the NGO said.

According to the UN’s International Organization for Migration, at least 1,146 people died in the first six months of this year as they tried to cross the Mediterranean to reach Europe.

SOS Mediterranée said it has rescued more than 30,000 people since February 2016. The NGO accuses European Union governments of neglecting coordinated search-and-rescue action to discourage migrants from attempting the crossing from war-torn Libya, where they are often victims of organised crime and militia violence.

Libyan authorities are also accused of forcibly returning intercepted ships to Libya, even when they are in European waters.

A UN Human Rights Office report in late May urged Libya and the EU to overhaul their rescue operations, saying existing policies “fail to prioritise the lives, safety and human rights” of people attempting to cross from Africa.