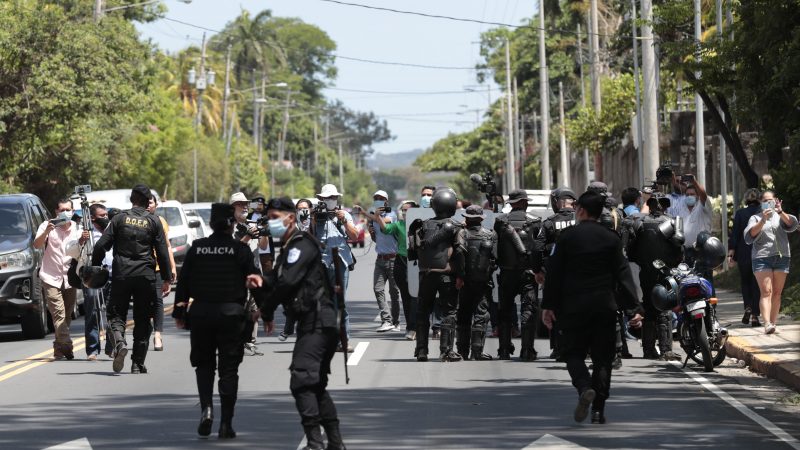 Authorities begin a raid at the home of opposition candidate for the Presidency, Cristiana Maria Chamorro Barrios, in Managua, Nicaragua, 2 June 2021. A Nicaraguan judge issued a search and arrest warrant against candidate Chamorro Barrios, who was accused on 1 June by the Public Ministry for the crimes of abusive management, ideological falsehood, both in real competition with money, property and asset laundering. [EPA-EFE/JORGE TORRES]

The five were arrested on Monday night on charges of threatening Nicaragua’s “sovereignty,” like the 21 before them.

The charges are based on a law initiated by Ortega and approved by parliament in December, widely criticized as a means of freezing out challengers and silencing opponents ahead of elections in which he is widely expected to seek a fourth successive term.

In raids that began on 2 June, security and paramilitary forces have arrested presidential contenders, critics, politicians, businessmen and former comrades of Ortega, 75.

He has said they are “criminals” seeking to overthrow him with US backing, but the arrests have drawn international condemnation of Ortega, with the United States branding him a “dictator”. 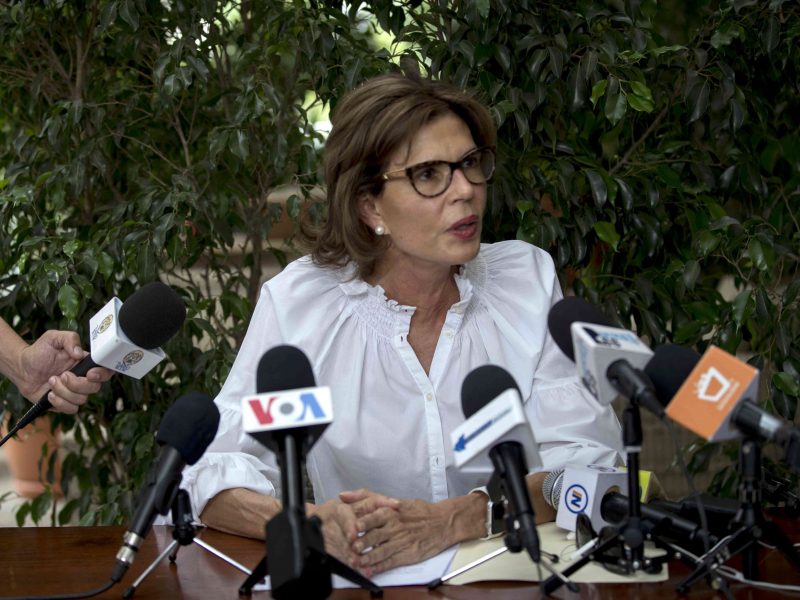 New US sanctions amid calls to free Nicaragua opposition figures

The three are leaders of Nicaragua’s peasant movement, and are accused by the government of masterminding the killing, kidnapping or wounding of police agents during 2018 protests against the government of Ortega and his wife, deputy president Rosario Murillo.

Mairena and Mena had already been sentenced to 200 years in prison for “terrorism” and other alleged crimes for their participation in the protests, but received an amnesty in June 2019.

Also held Monday were students Lester Aleman and Max Jerez, the alleged “ringleaders” of university blockades during the 2018 demonstrations which the government has denounced as a “failed coup d’etat.”

The five stand accused of “undermining independence and sovereignty,” “inciting foreign interference,” and “applauding” sanctions against the Nicaraguan government.

Aside from Mairena, five other presidential hopefuls are under arrest: Cristiana Chamorro and her cousin Juan Sebastian Chamorro, Arturo Cruz, Felix Maradiaga and Miguel Mora.

“Every day there are more, the possibility that Nicaragua will hold free, fair and even elections gets further away. There is no let up in the siege and persecution of dissenting voices,” said Antonia Urrejola, president of the Inter American Commission on Human Rights.

Julie Chung, the top US diplomat for Latin America, said: “We strongly condemn” the latest arrests, adding that the move “underscores the regime’s fear of any opposition.”

But Vice-President Murillo blasted the opposition as “miserable human beings.”

Amnesty International described the arrests as a brazen “challenge” to the international community’s condemnation of the government’s actions by “violating more human rights.”

Chamorro is the daughter of Violeta Barrios de Chamorro, who beat Ortega in 1990 presidential elections, ending an 11-year spell for the ex-guerrilla at Nicaragua’s helm.

He returned to power in 2007 and has twice won re-election since then, but is accused of increasing authoritarianism by the opposition and NGOs.

Cristiana Chamorro was widely seen as the favorite to beat Ortega this time round.

On Tuesday, the European Union said it was mulling fresh sanctions against Ortega’s regime.

“Nicaragua has gone into a spiral of repression,” EU foreign policy chief Josep Borrell told lawmakers at the European Parliament.

“It’s inconceivable that these elections will be anything remotely approaching a democratic competition.”