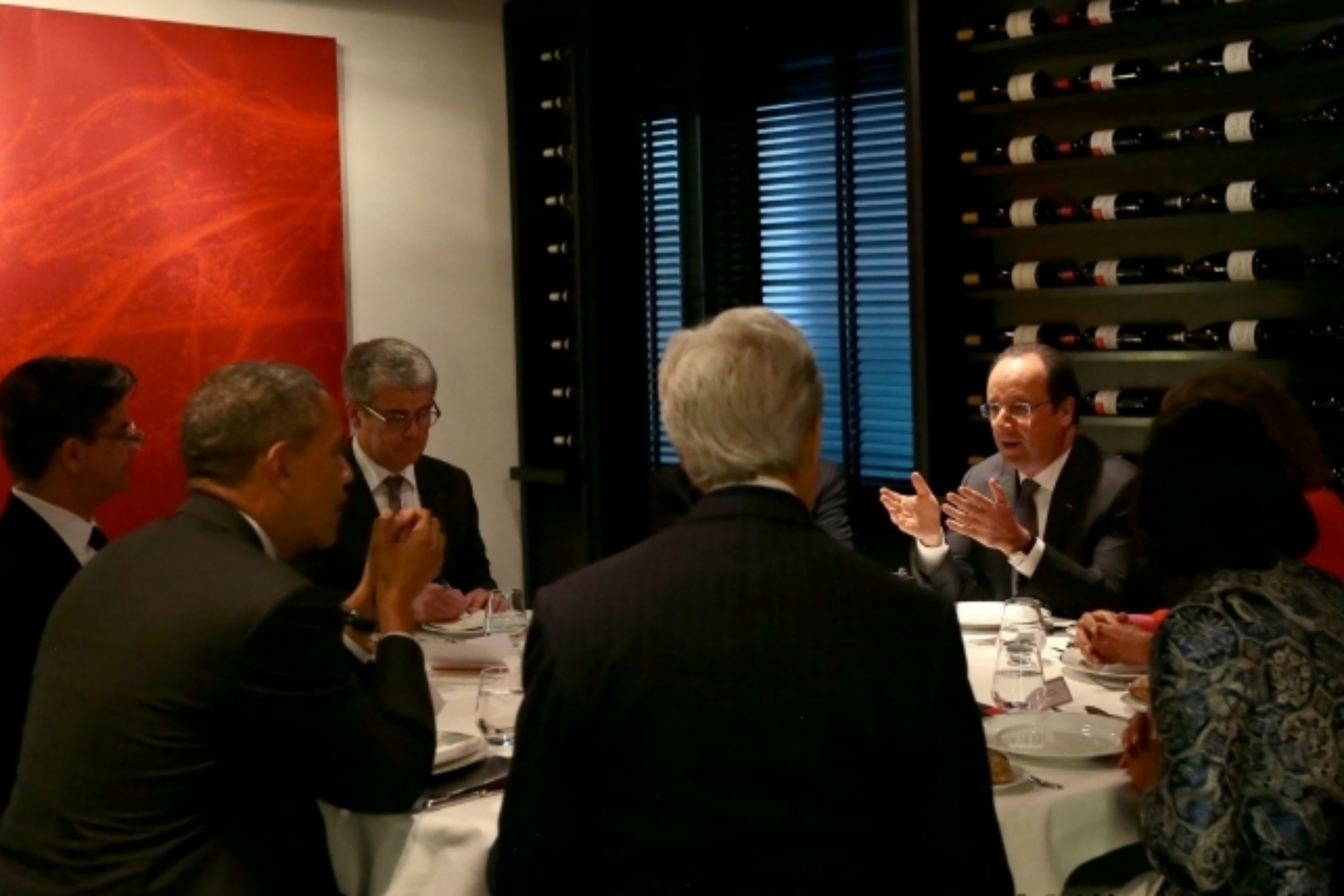 President Barack Obama dismissed yesterday (5 June) any prospect that he might intervene to help BNP Paribas bank, which risks losing one of its most senior executives over US allegations of sanctions busting.

New York banking regulator Benjamin Lawsky is pushing the French bank to sever ties with Chief Operating Officer Georges Chordron de Courcel as part of a settlement with US authorities the allegations, according to a person familiar with the matter.

France’s largest listed bank would also need to pay penalties that may top $10 billion (€7.32 billion), sources have said, and temporarily halt parts of its business in America.

French President François Hollande has stepped up his defence of the lender, describing the possible penalty as “disproportionate,” while his government has invoked wider economic concerns and linked the dispute to trade talks.

Obama, who dined with Hollande at a Paris restaurant on Thursday evening, said that decisions on any prosecution in such cases lay solely with the US Justice Department.

“The tradition of the United States is that the president does not meddle in prosecutions,” he told reporters in Brussels.

US authorities are seeking the penalties for an alleged breach of sanctions via money transfers involving countries including Iran, Sudan and Syria. US authorities are also seeking a criminal conviction for the company, sources have said.

Hollande’s aides said the president raised the issue with Obama “in detail” during the dinner before ceremonies marking the 70th anniversary of the World War Two D-Day landings in northern France. He also wrote to the White House on the issue in April, and has discussed it by telephone.

Hollande, speaking to reporters after a G7 summit in Brussels on Wednesday, said he accepted that the US justice system was independent but “at the same time we have a relationship between the United States and France, a partnership, and nothing should be allowed to compromise that.”

Consequences for the eurozone

The penalties “could have economic and financial consequences across the eurozone,” he said.

Arnaud Montebourg, France’s outspoken economy minister, told Europe 1 radio on Thursday the issue would “obviously cause many problems between the two governments.”

“Whatever the guilt, the death penalty is not acceptable for any business,” he said.

Obama has made reducing trade and regulatory barriers between the United States and Europe a policy priority, and the two sides are negotiating a trade deal known as the Transatlantic Trade and Investment Partnership, or TTIP.

But French Finance Minister Michel Sapin said that the spat about BNP could hamper the talks on the trade deal. “This could affect the ongoing talks on the free-trade treaty,” he said in an interview with Le Monde daily.

Concern is growing in Europe about the scale of US fines such as the one BNP Paribas may face. Credit Suisse pleaded guilty earlier this year to helping Americans evade taxes and agreed to pay $2.5 billion (€1.83 billion).

The head of the group of euro zone finance ministers, Jeroen Dijsselbloem, also criticised the size of such penalties.

“If you look at the fines the US is putting on banks, a debate that is going on as we speak, I think that would certainly create a lot of nervousness,” Dijsselbloem, who is Eurogroup president, said on Thursday in London.

“Those fines are over-excessive, I think they are much too high and they are not healthy at all,” he said.

Enria told Reuters the rising penalties faced by some lenders had become a concern generally for regulators, and should be factored into this year’s “stress test” of banks’ financial health.

BNP has declined to comment on any details of discussions but has said it is in talks with US authorities about “certain US dollar payments involving countries, persons and entities that could have been subject to economic sanctions.”

The bank has set aside $1.1 billion (about €800 million) for a fine, but told shareholders the penalty could be far higher than that. It has also said it has improved control processes to ensure such mistakes do not occur again.

0 responses to “Obama lets down Hollande in Paribas case”