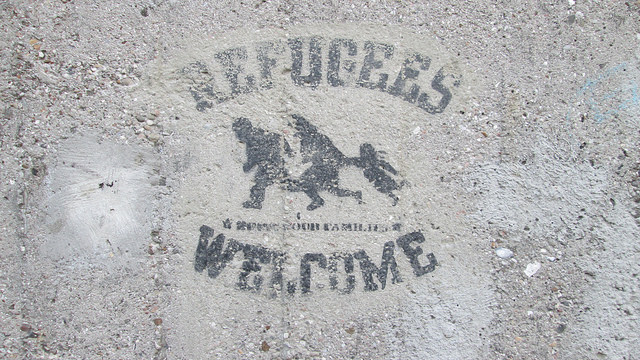 The Organisation for Economic Cooperation and Development urged its members to put forward the economic argument for immigration more convincingly. [walterw.a/Flickr]

Migration numbers are on the up in OECD countries and a new report by the economic bloc has advised its members to do better in making the case for immigration. EURACTIV Germany reports.

The general public is losing ever more faith that their elected governments can handle migration. This has led to a visible rise in anti-immigrant populism, as fears about unsecured borders and refugees takes hold. The trend is best illustrated by the swell in support for the Alternative für Deutschland party, which made significant inroads at two recent state elections.

To combat this worrying slide into xenophobia and intolerance, the OECD’s latest Migration Outlook has called for a systematic and coordinated response by its members, just ahead of an important UN summit on migration, held yesterday in New York (19 September).

The OECD’s response comes on the back of statistics that show that the number of migrants entering the 35-member-bloc increased for the second year in a row. An increase of 10%, totalling some 4.8 million people in 2015 was recorded.

The authors of the report highlighted that the number of asylum seekers was particularly high. Approximately 1.65 million people, of whom a quarter were Syrians, requested asylum in OECD countries. The majority of these applications were filed in Europe, with Germany shouldering a substantial part of the burden. The number of people requesting asylum in 2015 rose by 155% compared with 2014 in the Bundesrepublik.

French political philosopher Sami Naïr has proposed a “transit passport” for refugees and has warned that the EU stands at a juncture; one path leads to civilisation, the other towards “barbarism”. EURACTIV Spain reports.

Nevertheless, the OECD’s report showed that in most countries, refugees only make up a smaller part of total migration. The intergovernmental organisation also presented a wealth of evidence that immigration has generally positive effects on public finances, economic growth and the labour market, in the medium and long-term.

But despite the promise of prosperity down the road, the macroeconomic argument in favour of migration is too abstract and too far in the future for many people. As a result, the OECD report urged governments to put forward more convincing arguments in favour of migration, in order to counter anti-immigration voices.

The simple fact is that in the OECD’s member states, 120 million people were born in a different country to where they live. One in five people is a migrant or immigrant or the child of migrant parents.

Naturally, the large influx of migrants over the past few years has led to a bottleneck in infrastructure, schools and education. The OECD’s report urged its members to react accordingly.

A spokesman for the Hungarian government, Zoltán Kovács, told a group of Brussels journalists yesterday (19 September) that the so-called ‘migrant quota’ referendum to be held next month in Hungary will expose the “stealth way the EU is working” during the past two years of the Juncker Commission.

The European union came in for criticism from the report’s authors, who doubted that the bloc is adequately structured to manage the large number of people arriving on its shores. The report subsequently suggested that alternatives to existing migration opportunities be proposed, such as labour migration, student programmes and humanitarian visas, which could replace or supplement the current asylum process.