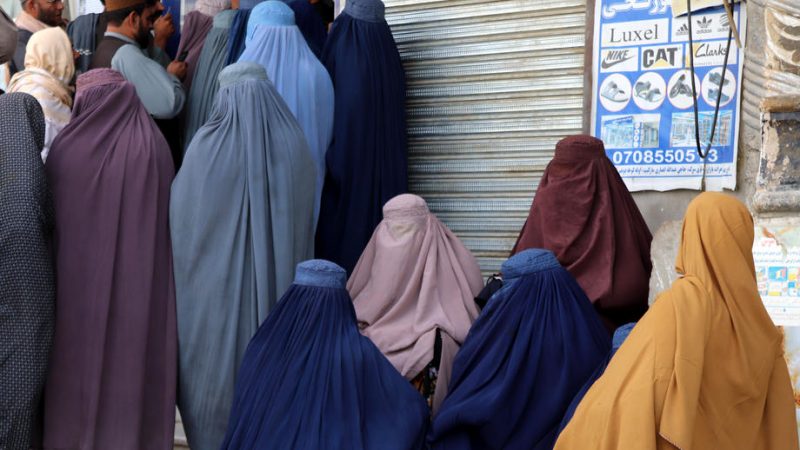 The European Union on Thursday (7 October) won its battle at the UN Human Rights Council to create a new special rapporteur on Afghanistan, despite opposition from China, Russia and Pakistan.

The rapporteur will be responsible for monitoring the rights situation in the country following the Taliban takeover, and will make recommendations on improvements.

“This is an essential step to ensure continued monitoring, through a dedicated and independent expert, and to help prevent a further deterioration of the human rights situation in Afghanistan,” said Lotte Knudsen, the EU’s ambassador to the United Nations in Geneva.

The resolution creating the 12-month post was tabled with backing from the United States and the envoy appointed by the former Afghan government before the Taliban seized power.

It was comfortably adopted by the 47-member council, the United Nations’ top rights body.

Twenty-eight countries voted in favour, 14 abstained and five voted against, with Venezuela and Eritrea joining Pakistan, Russia and China.

Before the vote, Beijing’s representative said the resolution had “serious defects”, adding: “The US and its allies are the initiators of the Afghan problem” caused by their military intervention and occupation for 20 years.

During the council’s 24 August special session on Afghanistan following the Taliban takeover, some nations unsuccessfully tried to establish a mechanism to monitor the rights situation in the country.

Since taking power on 15 August, the Taliban have tried to convince Afghans and the outside world that their regime will be less brutal than their 1996-2001 spell in control.

In recent weeks, the EU and UN rights chief Michelle Bachelet took up the cause again.

A European diplomat, speaking on condition of anonymity, told reporters they had tried to make the resolution as consensual as possible.

“The amount of support is as important as the message” that the world is watching Afghanistan, the diplomat said.

The rapporteur is charged with following the developing human rights situation in Afghanistan and making recommendations to improve it.

The expert will also be tasked with helping the country to fulfil its human rights obligations and “offer support and advice to civil society”.

The resolution also calls for an “immediate end to all human rights violations and abuses and violations of international humanitarian law in Afghanistan”.

It also calls for respect for fundamental freedoms, including the freedoms of peaceful assembly and expression.

The text condemns discrimination against women and girls, including forced marriages, and calls for an inclusive and representative government.

The rapporteur will submit a written report to the council within a year.

Amnesty International’s secretary general Agnès Callamard hoped it would be “a cornerstone in the quest for justice, truth and reparation for the people of Afghanistan”, given the gravity of the crisis engulfing the country.

John Fisher, the Geneva director of Human Rights Watch, said the rapporteur would bring “much-needed scrutiny to the rights crisis in Afghanistan” and “pave the way for a full investigative body to ensure that those responsible for violations and abuses are held to account”.