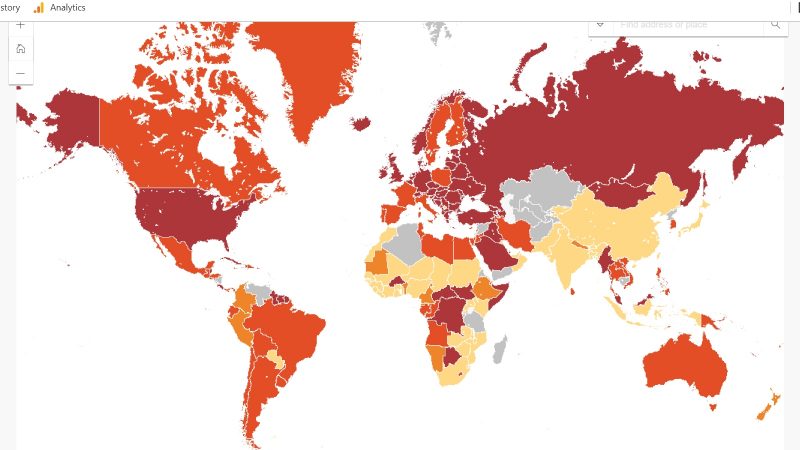 The CDC elevated its travel recommendation to “Level Four: Very High” for the two European countries, telling Americans they should avoid travel there, while the State Department issued parallel “Do Not Travel” advisories for both countries.

Among the EU countries, only Portugal, Spain, France, Italy, Malta, Poland, Sweden, Finland and Cyprus still escape from the ever growing ‘Do not travel’ list.

Germany’s Chancellor Angela Merkel told leaders of her conservative party that measures being taken to stop the spread of the coronavirus in Europe’s biggest economy were insufficient and that stronger action needed to be taken, Reuters reported on Monday.

Case numbers in Germany have been soaring, especially among the elderly whose first two shots of COVID-19 vaccine were at the start of the year, and among children who are not eligible for inoculation.

Earlier this month, the World Health Organization (WHO) said European countries must work harder to prevent the coronavirus spreading further as deaths and new cases surge.

Current transmission rates in 53 European countries are of “grave concern” and new cases are nearing record levels, exacerbated by the more transmissible Delta variant of the virus, the WHO’s Hans Kluge warned. “We must change our tactics, from reacting to surges of COVID-19, to preventing them from happening in the first place,” he said.

Germany has already decided to limit large parts of public life in areas where hospitals are filling with COVID-19 patients.

The CDC separately lowered its COVID-19 travel advisory from Level Four to “Level Three: Low” for Israel, Aruba, the US Virgin Islands, Curacao and Guadeloupe.