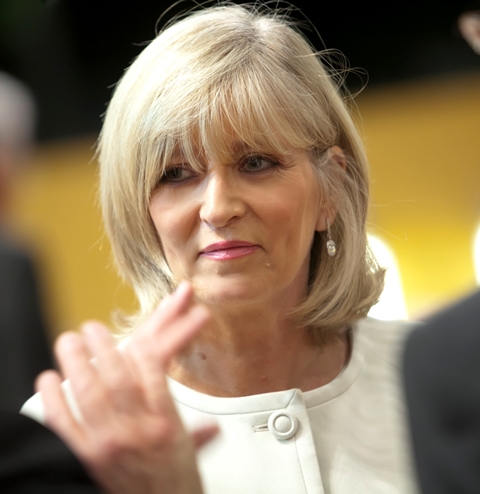 The deal still needs to be approved by the Council, then ratified by the European Parliament, but has angered some rights organisations concerned at labour conditions in Vietnam.

Two NGOs – the International Federation for Human Rights (FIDH) and the Vietnam Committee on Human Rights – then complained to Emily O’Reilly, the ombudsman, complaining that a rights audit should have been carried out in advance of the deal.

Today (3 March) she ruled that the absence of a rights impact assessment constituted maladministration.

In her ruling, O’Reilly states:  “I take the fairly simple view that this  is a question best asked before, rather than after, any trade agreement is concluded.”

O’Reilly adds: “A prior human rights impact assessment is a critical preventative tool; it is designed to anticipate and avoid any negative consequences of a proposed agreement.

“However, I am not at all convinced this is an acceptable approach.”

By comparison, the Commission was forced to suspended negotiations on a free trade agreement with fellow ASEAN-member, Thailand, following coup against the democratic government there by a military junta led by General Prayuth Chan-ocha in May 2014.

The decision was welcomed by NGOs.

“The Ombudsman’s decision sets an important precedent, and the European Parliament should use it to press for stronger human rights guarantees before signing the FTA with Vietnam. The EU should make the Human Rights Impact Assessment an obligatory prerequisite to all trade and investment agreements, to ensure that countries seeking commercial relations with the EU cannot benefit from preferential trade or investment relations on the back of violations of their people’s rights.”

FIDH president Karim Lahidji said it was a “concrete step in the right direction to ensure the EU complies with human rights in its trade and investment policies.”

O’Reilly will now meet with MEPs and the FIDH to discuss her findings.

The Ombudsman had warned the Commission in March 2015 that a failure to carry out a human rights audit in advance of the FTA would constitute maladministration – a finding rejected by the Commission who went on to negotiate  the deal, which was concluded in December.

The Commission had argued it would promote human rights through non-trade measures such a political dialogue, EU-development programmes, interaction with civil society and other projects.

Although O’Reilly admits there  is no legal requirement to carry out a rights audit in advance, she found that it breached the provisions of Article 21 of the Lisbon Treaty.

EU Trade Commissioner Cecilia Malmstrom last year introduced a “Trade for All” policy which is intended to take into account human rights and environmental considerations in future trade deals.

Still under negotiation by the Commission are FTAs with Japan, Malaysia, India, the Mercosur group, the Andean Community and Canada, as well as a multilateral deal with ASEAN as a whole.