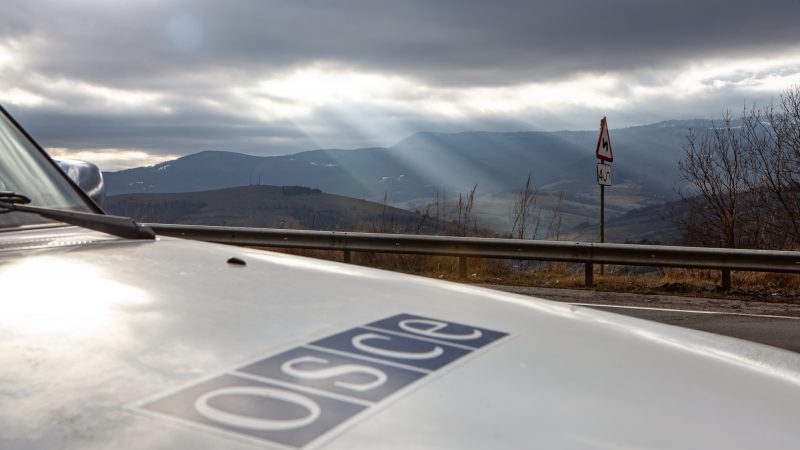 The Organization for Security and Cooperation on Europe has suspended its monitoring mission in eastern Ukraine following protests near its headquarters in separatist-controlled Donetsk, the chief monitor said on Sunday (17 October).

About 200 pro-Russian protesters confronted OSCE monitors on Saturday to demand the release of a rebel officer captured by the Ukrainian military last week. The mission had faced previous protests organised by Moscow-backed separatists, but this time demonstrators appeared to block the entrance to the hotel where the monitors are based.

The conflict dates back to 2014, when Russia annexed the Crimean peninsula from Ukraine, saying the move was justified to protect the ethnic Russian population after street protests ousted Ukrainian President Viktor Yanukovich, a Kremlin ally.

Ukraine says the fighting between separatist rebels and the Ukrainian military has killed 14,000 people. Moscow rejects Kyiv’s allegations that is has fomented the conflict and denies having forces in eastern Ukraine.

The rebels claim the Ukrainian military captured one of their officers, Andrei Kosyak, near the front line on Wednesday while he was part of a joint committee that was overseeing a ceasefire.

The Ukrainian defence ministry said that Kosyak, who it said was a Russian citizen, belonged to a group of Russian servicemen who had carried out an undercover reconnaissance mission.

A Reuters reporter saw on Saturday four men in surgical masks standing close to each other at the doorsteps leading to the gate of the Park Inn, where the monitors live and have an office. They appeared to be unarmed.

Two dozen tents were set up on a lawn in front of the hotel and a protester cut firewood with a chainsaw.

Several OSCE monitors were seen on a terrace right outside the hotel but did not leave it or come closer to the protesters. One filmed the crowd on a smartphone.

The protesters demanded that the OSCE help to get the officer released.

“OSCE, fulfil your mandate,” one of banners held by protesters read.