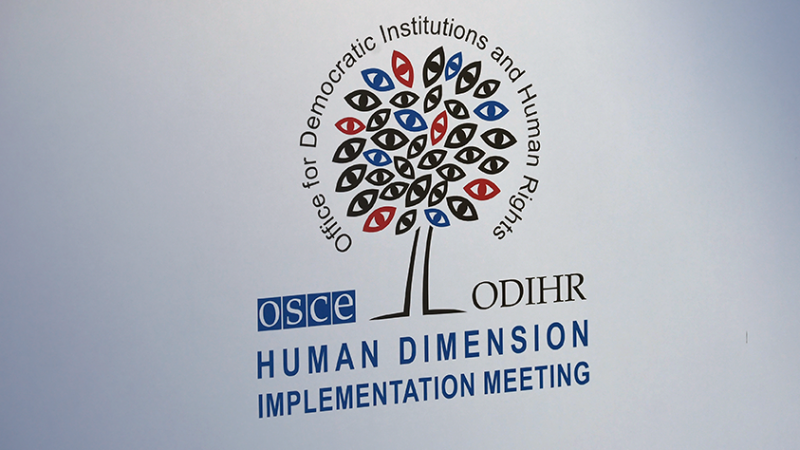 The OSCE acknowledged Tuesday (7 September) that it had been unable to organise an annual human rights conference, a day after Western countries accused Russia of blocking attempts to hold it.

The Swedish chair had “done its utmost to try to reach consensus on the decisions” regarding the meeting, known as the HDIM (Human Dimension Implementation Meetings), it said in a statement to AFP.

“Despite extensive consultations and negotiations with the participating States, the Permanent Council has been unable to reach consensus to hold this year’s HDIM as planned.

“This is very unfortunate,” it added, while saying it would continue its efforts.

On Monday, the US mission to the Organization for Security and Co-operation in Europe posted a statement signed by the European Union, the United Kingdom and several other European countries denouncing Russia.

They said that they and the OSCE’s Swedish chair had been working since the beginning of the year to agree the details of the what would be “the largest human rights event in the region”.

“We deeply regret that the flexibility, constructiveness, and good faith that we have shown have not been reciprocated by the Russian Federation.”

During the event the 57 OSCE member states take stock of the rights situation in their region.

Despite its importance, said the joint statement, Russia had consistently evaded its responsibility. The signatories urged Moscow to change its position and allow a consensus on the points in dispute.

The HDIM is normally held every September, although it had to be cancelled last year because of the global Covid-19 pandemic.

The OSCE was set up during the Cold War era as a forum to address security and human rights problems. Its membership covers European countries, Turkey, the former Soviet republics, the United States and Canada.

In December 2020, the western powers agreed to a request from Russia that Kazakhstan be admitted to one of the four senior diplomatic posts in the OSCE leadership.

While they were hoping in exchange to keep Moscow’s cooperation on human rights issues, President Vladimir Putin has said the organisation should concentrate uniquely on security, rather than rights issues.