Own academy could help EU’s diplomatic service find its footing 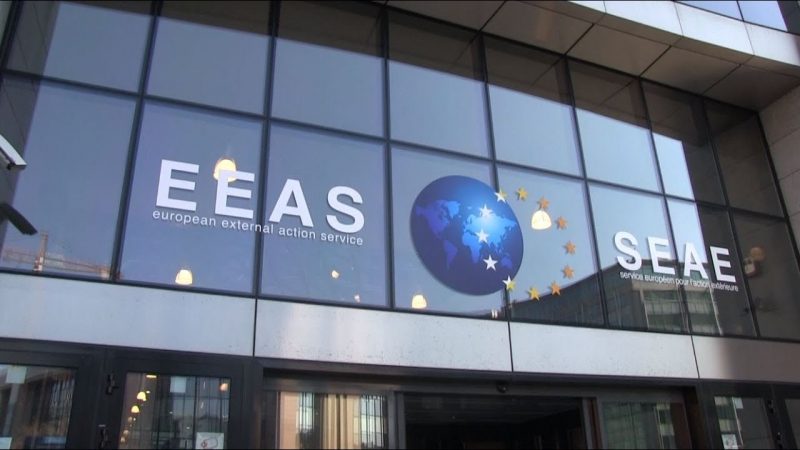 To overcome the growing pains of its foreign policy-making, the EU must have its own European Diplomatic Academy, according to a European Parliament proposal, seen by EURACTIV.

“For the EU to move towards maturity in its external relations, it needs to develop an own Diplomatic Academy, where EU diplomats are prepared and converge on common EU values and interests,” states the pilot project proposal to be sent to the European Commission shortly.

Spearheaded by Socialist MEP Nacho Sanchez Amor, the project’s main objective is to explore the possibilities for the creation of a school for EU diplomats.

“The question is whether the EU’s foreign policy is mature enough to have its own perspective, selection, formation, and then tool selection in the form of a European Diplomatic Academy,” Amor told EURACTIV.

Composed of staff transferred from the Council of the EU, the European Commission, and EU countries’ diplomatic services, it has around 3,700 employees, and 139 delegations in third countries and international organisations.

“We are lacking a reflection on the tools on the horizontal aspects of our foreign policy,” he said, adding that the pilot project would explore the possible preparation of EU future diplomats, civil servants, and social entrepreneurs.

In this new academy, the EU “could carry out the main training and a selection process for entry into the EEAS and EU Delegations, through developed teaching of courses and subjects for continuous training”, the proposal states.

French President Emmanuel Macron announced earlier this month the closure next year of the École Nationale d’Administration, an elite postgraduate school that has produced many of the country’s presidents, ambassadors, and business leaders.

The proposal comes at a time when the EU’s diplomatic service is re-exploring its scope for action on the global stage, following the bloc’s recent foreign policy missteps.

But other EU institutions also appear to be increasingly keen to be part of foreign policy-making.

The most recent example was the inter-institutional ‘Sofagate’-standoff between European Council President Charles Michel and European Commission President Ursula von der Leyen, who have both started trying to mediate conflicts and crises in the EU’s near neighbourhood.

However, EU member states usually tend to go their own way on foreign policy.

“There is this worrying trend of re-nationalisation of certain issues, in which more and more member states prefer to take their own foreign policy initiatives without much coordination with Brussels,” an EU diplomat told EURACTIV.

The EEAS’s newest report on human resources shows another, more dysfunctional pattern: Five countries — France, Italy, Germany, Spain, and Belgium — hold more than a half of all EEAS positions.

“We have too many little Merkels, Macrons, and Orbans wandering around the EEAS corridors,” another EU diplomat told EURACTIV last summer amid heated discussions over whether the EU will slap sanctions on Belarus and Turkey.

Ricardo Borges de Castro, head of the ‘Europe in the World’ programme at the European Policy Centre in Brussels, told EURACTIV that “the last few months have been sort of a geopolitics crash course for the EU with rapidly shifting relations with Turkey, Russia and China to name just a few”.

He said national interests are likely to continue to dominate when it comes to fundamental issues relating to the sovereignty and strategic interests of EU member states.

“As long as EEAS recruitment remains as it is – staff coming from the institutions and diplomats from member states – it is only normal that a variety of interests – European and national – are at play,” Borges de Castro explained.

“A European diplomatic academy​ would, in my view, not be a solution in and of itself, but it could contribute to foster​ing a ‘common ​(shared) culture’ among the ranks of the EU’s foreign service,” he said.

It could help diplomats from all member states and EU officials to have a better understanding of each member state’s sensitivities in their foreign policies.

Former British diplomat Ian Bond, now director of foreign policy at the Centre for European Reform (CER), warned that if the EEAS is to be a truly European diplomatic service, “then it needs to be like the Commission – a service that one can enter early on in one’s career, and retire from 40 years later, if one chooses to stay that long”.

“But if it’s just seen as a temporary appointment before one resumes one’s ‘real’ career, then, of course, it is most likely that people will be loyal to their parent ministry or institution rather than the EEAS,” Bond added.

An own European diplomatic academy, he said, would be a way of ensuring that officials have the same basic knowledge of how the EEAS is supposed to function, with a more or less common style of communication and a common concept of how national and EU diplomacy interact in third countries.