The dump of more than 11.9 million records, amounting to about 2.94 terabytes of data, came five years after the leak known as the “Panama Papers” exposed how money was hidden by the wealthy in ways that law enforcement agencies could not detect. It was published by a consortium of investigative journalists from around the world. 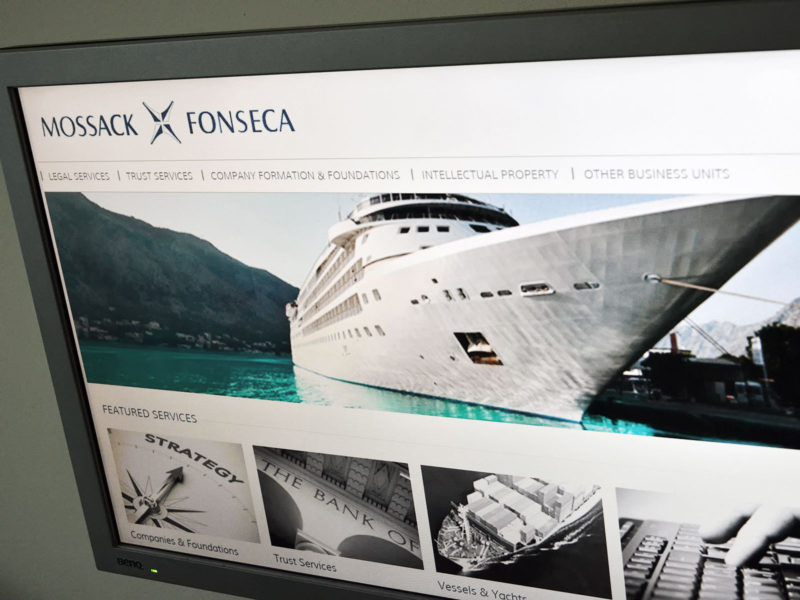 The International Consortium of Investigative Journalists (ICIJ), a Washington D.C.-based network of reporters and media organizations, said the files are linked to some 35 current and former national leaders and more than 330 politicians and public officials in 91 countries and territories.

From EU countries, the Pandora Papers contains data on three politicians in France, five in Spain, three in Portugal, two in Belgium, four in Italy, two in Slovenia, four in the Czech Republic, two in Romania and two in Bulgaria.

A law firm in Cyprus, Nicos Chr. Anastasiades and Partners appears in the Pandora Papers as a key offshore go-between for wealthy Russians. The firm retains the name of its founder, Cyprus President Nicos Anastasiades, and the president’s two daughters are partners there.

Among other dealings, the Cypriot law firm prepared reference letters for Russian steel magnate Alexander Abramov, including one drafted days after the US added the billionaire’s name to the list of oligarchs close to President Putin. Abramov didn’t respond to requests for comment.

Another Russian in the Pandora Papers who has ties to Putin is Konstantin Ernst, a television executive and Oscar-nominated producer. He has been called Putin’s top image-maker, a creative talent who sold the nation on the idea that the president is “Russia’s strong-willed saviour.”

The Washington Post said Russian woman Svetlana Krivonogikh became the owner of a Monaco apartment via an offshore company incorporated on the Caribbean island of Tortola in April 2003, just weeks after she gave birth to a girl. At the time, she was in a secret, years-long relationship with Russian President Vladimir Putin, the Post said, citing Russian investigative outlet Proekt.

The Post said Krivonogikh, her daughter, who is now 18, and the Kremlin did not respond to requests for comment.

The leaked records show that, in 2009, current Czech Prime Minister Andrej Babis injected $22 million into a string of shell companies to buy a sprawling property, known as Chateau Bigaud, in a hilltop village in Mougins, France, near Cannes.

Babis has not disclosed the shell companies and the chateau in the asset declarations he’s required to file as a public official, according to documents obtained by ICIJ’s Czech partner, Investigace.cz. In 2018, a real estate conglomerate indirectly owned by Babis quietly bought the Monaco company that owned the chateau.

The Pandora Papers show that, in 2017, former UK Prime Minister Blair and his wife, Cherie, became the owners of an $8.8 million Victorian building by acquiring the British Virgin Islands company that held the property.  The London building now hosts Cherie Blair’s law firm.

The records indicate that Cherie Blair and her husband, who served as a diplomat in the Middle East after stepping down as prime minister in 2007, bought the offshore company that owned the building from the family of Bahrain’s industry and tourism minister Zayed bin Rashid al-Zayani.

The investigation found Azerbaijani President Ilham Aliyev and his family have secretly been involved in British property deals worth more than £400 million ($542 million), according to the BBC.

The files show how the family bought 17 properties, including a £33 million office block in London for the president’s 11-year-old son.

The research also reveals how another office block owned by the family nearby was sold to the Crown Estate for 66 million pounds in 2018. The Crown Estate said it carried out the checks required in law at the time of purchase but is now looking into the matter. The Aliyevs declined to comment to the BBC.

The Pandora Papers show that an English accountant in Switzerland worked with lawyers in the British Virgin Islands to help Jordan’s monarch, King Abdullah II, secretly purchase 14 luxury homes worth more than $106 million in the U.S. and the U.K. The advisers helped him set up at least 36 shell companies from 1995 to 2017.

In neighbouring Lebanon, where similar questions about wealth and poverty have played out, the Pandora Papers show top political and financial figures have also embraced offshore havens.

They include the current prime minister, Najib Mikati, his predecessor, Hassan Diab, and Riad Salameh, the governor of Lebanon’s central bank, who is under investigation in France for alleged money laundering.

The consortium said the documents contained no suggestion that Khan himself owns offshore companies.

It said Finance Minister Shaukat Fayaz Ahmed Tarin and members of his family own four offshore firms. According to Tariq Fawad Malik, a financial consultant who handled the paperwork on the companies, they were set up as part of the Tarin family’s intended investment in a bank with a Saudi business, the ICIJ said. The deal did not proceed.

The ICIJ quoted Tarin as saying in a statement: “The off-shore companies mentioned were incorporated as part of the fundraising process for my bank.”

According to the documents, Kenya’s President Uhuru Kenyatta and six members of his family have been linked to 13 offshore companies.

The Kenyattas’ offshore investments included a company with stocks and bonds worth $30 million, the BBC reported. The Kenyatta’s had not yet responded to requests for comment, it added.