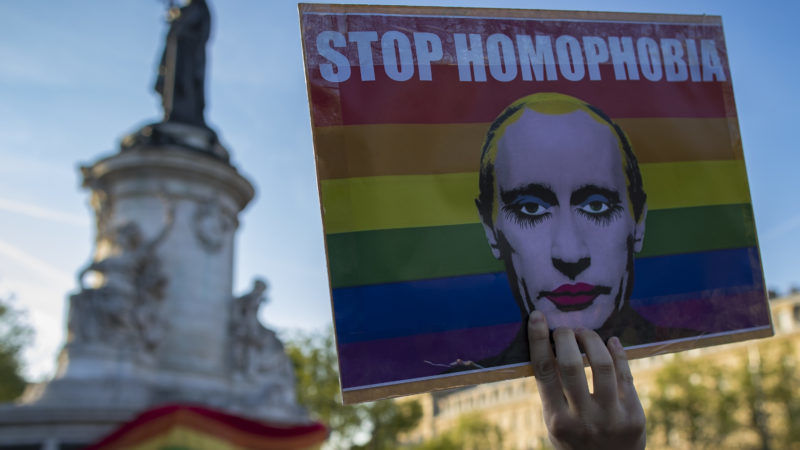 A demonstrator holders a placard depicting Russian president Vladimir Putin with the label 'Stop Homophobia', to denounce the anti-gay campaign launched in the Russian province of Chechnya, during a protest held on Place de la Republique in Paris, France, 20 April 2017. Several dozen men suspected of being homosexuals have been rounded up and detained by authorities in Chechnya, with at least three men allegedly killed so far. [Ian Langsdon/EPA]

The European Parliament has called on the EU’s diplomatic services to speak out against the detention and torture of homosexuals in Chechnya. EURACTIV France reports.

Several weeks after NGOs first raised the alarm, MEPs yesterday (16 May) debated the persecution of homosexuals in Chechnya, following an oral question submitted to the Commission.

European lawmakers finally broached the subject ahead of today’s International Day Against Homophobia (17 May). Sylvie Guillaume, a French Socialist MEP (S&D group), Parliament vice-president and member of the LGBT intergroup, acknowledged that their reaction had been “rather delayed”.

The parliamentary question was submitted by the centre-left S&D group, supported by MEPs from the Greens, ALDE, ECR and GUE/NGL groups.

Around a hundred people have been arrested and tortured in the Russian republic under the leadership of Ramzan Kadyrov, the head of state supported by Vladimir Putin, according to the independent newspaper Novaya Gazeta.

Three French LGBT associations on Tuesday lodged a complaint with the International Criminal Court in The Hague for crimes of “genocide” in Chechnya. Kadyrov is the “logistician of the “genocide”, the organiser of torture camps with the will to exterminate homosexuals,” Étienne Deshoulières, the lawyer representing the associations Stop homophobie, Mousse and Comité Idaho France, told AFP.

According to Novaya Gazeta, the Chechen authorities have also encouraged families to kill or exile any homosexual relatives “in order to preserve their honour”. At least two people have been killed by relatives and a third has died following acts of torture.

Homophobia is nothing new in the republic. In 2014, a law was introduced penalising “homosexual propaganda” in front of minors and banning any demonstrations in favour of gay rights.

France’s Ministry of Foreign Affairs announced on Monday that Paris was “ready to examine visa requests on humanitarian grounds” from victims of persecution in Chechnya. So far, “no such requests have been received”, but they would “of course be examined quickly”, the ministry said.

The Scandinavian countries have already issued humanitarian visas but Germany has refused to do so, in order to protect its commercial interests, according to Green MEP Rebecca Harms.

But the responsibility of the European Commission on this issue should be clear. MEPs recalled the EU executive’s guidelines on LGBTI issues, which call for proactive engagement in favour of LGBTI rights around the world. They also highlighted the deteriorating situations in certain countries, such as Nigeria, Uganda, Egypt, Chad and Indonesia.

“Mr Putin should understand that what is happening in Chechnya covers him in shame,” said Charles Tannock, a British conservative MEP (ECR group).

Swedish Feminist MEP Soraya Post (S&D group) said that some families had been held for ransom by the Chechen police, while state officials claim there are no homosexuals in the republic.

Austrian Green MEP Ulrike Lunacek called on her colleagues to back a resolution demanding that the Russian Federation put an end to these practices.

“Being homosexual or trans is something that has always existed, everywhere, it has nothing to do with religion. So we ask our European diplomats to defend those who defend the rights of homosexuals,” she said.

Humanitarian Commissioner Christos Stylianides said that sexual rights were part of the EU’s fundamental values and assured the Parliament that the bloc was doing all it couls to promote LGBTI rights.

“The persecution of homosexuals is the continuation of a series of discriminatory acts. The Russian authorities have taken no action to end this violence. The EU and other states have unequivocally condemned the choices of the Chechen and Russian authorities and call for a full inquiry, and [High Representative Federica] Mogherini has asked Mr Lavrov to investigate these allegations. Unfortunately, Mr Lavrov said the authorities had no evidence of these events,” the Cypriot Commissioner said. 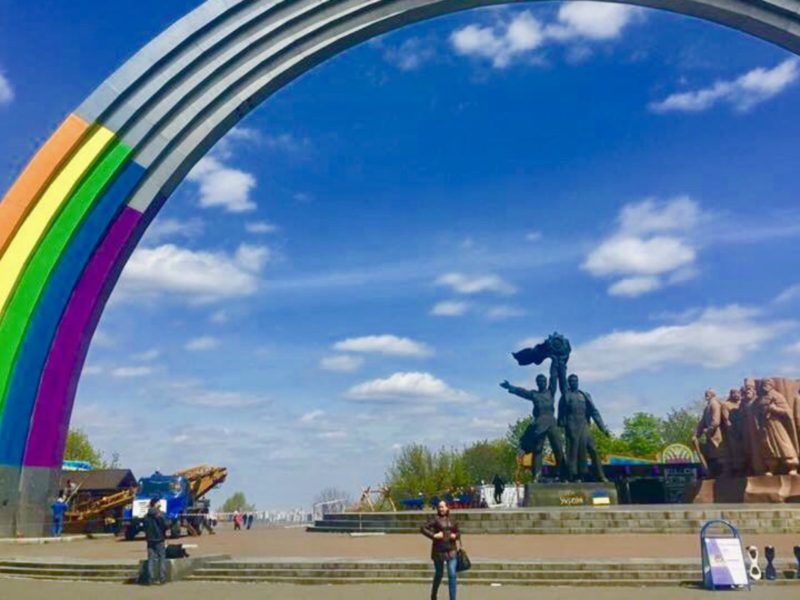 Ahead of the Eurovision Song Contest final in Kyiv, an extravaganza embraced by the LGBT community, Ukraine’s “Celebrate Diversity” motto sounds more like wishful thinking than a fact of life.

The European Parliament’s biggest group, the centre-right EPP, finally agreed to support the resolution, which will be put forward on Thursday. “We have to create a culture of tolerance,” said Swedish MEP Anna Maria Corazza Bildt.