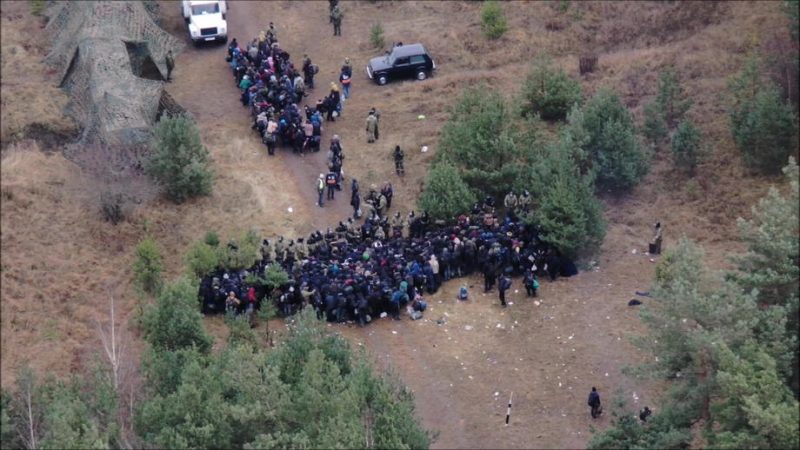 A succession of busses have been arriving at Ferihegy to transport refugees who then fly onward from the old terminal, many of them international students who were studying in Ukraine when the war broke out.  [EFE/POLISH BORDER GUARD / HANDOUT POLAND OUT HANDOUT EDITORIAL USE ONLY/NO SALES]

Poland’s Supreme Court has said that a ban on media access to the border with Belarus is “incompatible” with the law, a ruling that could allow journalists to challenge the restriction.

The ruling, seen by AFP on Wednesday, concerns rules in place since September last year when large numbers of migrants from the Middle East began crossing the border from Belarus.

The government accused Belarus of deliberately engineering the migrant crisis — a charge rejected by the regime — and said a ban on media and NGOs was necessary to ensure security at the border.

But the Supreme Court ruling, issued on Tuesday, stated that the Polish constitution guarantees “the right to circulate freely on Polish territory” and “to collect and publish information”.

The ruling said of the media that “it is not justifiable to state that this particular professional group threatens” state action.

The court’s pronouncement follows a petition from Poland’s human rights ombudsman in a case concerning two journalists from the TV channel Arte and one AFP journalist who were detained after inadvertently crossing into the restricted area near the border as part of their professional activities.

After being detained for over 24 hours, the three were tried and convicted by a local court.

The incident occurred in September.

The Supreme Court cannot abolish laws but “the ruling will have to be taken into account by the courts in case of similar trials,” Konrad Siemaszko, a legal expert at the Helsinki Foundation for Human Rights, told AFP on Wednesday.