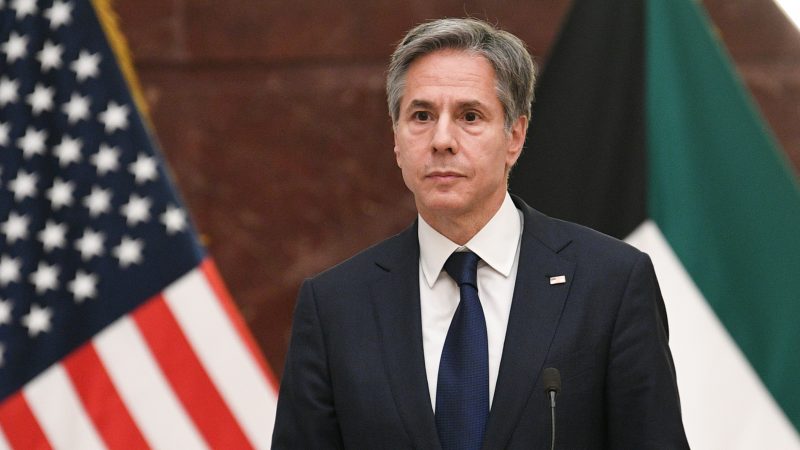 Washington had warned that failure to renew the licence of Discovery-owned news channel TVN24 could jeopardise future investments in Poland, while opposition politicians have condemned the bill as an attack on media freedoms.

US Secretary of State Antony Blinken said Washington was “deeply troubled” by passage of the bill by the lower house of parliament, which he said targeted the most-watched independent news station in Poland and one of the largest US investments in the country.

“Large US commercial investments in Poland tie our prosperity together and enhance our collective security,” he said. “This draft legislation threatens media freedom and could undermine Poland’s strong investment climate,” Blinken said in a statement.

We are troubled by legislation passed in Poland severely restricting restitution for Holocaust survivors and owners of property confiscated during the Communist era, and draft legislation that would gravely weaken media freedom. Our shared values are our mutual security.

The media bill would strengthen a ban on firms from outside the European Economic Area controlling Polish broadcasters. It passed with 228 votes in favour, 216 against and 10 abstentions, and will now go to the upper house of parliament, the Senate.

Polish government spokesman Piotr Muller said Poland was bringing in rules similar to those in other European Union countries and added: “We have the right to regulate questions about capital in a way the Polish parliament deems appropriate.”

TVN24’s parent, TVN, is owned by the US-based media group Discovery Inc via a firm registered in the Netherlands, to get around a ban on non-European firms owning more than 49% of Polish media companies.

The bill would forbid such an arrangement and comes shortly before the deadline for the renewal of TVN24’s licence, which expires on 26 September.

In a tweet, Grzegorz Schetyna, a lawmaker from the largest opposition party, Civic Platform, called Wednesday’s vote “an attack on freedom, an attack on media that is independent from the government.”

Discovery called it “an attack on core democratic principles of freedom of speech, the independence of the media and is directly discriminatory against TVN and Discovery.”

Blinken also called on Poland not to proceed with legislation that is expected to make it harder for Jews to recover property seized by Nazi German occupiers during the Holocaust and kept by postwar communist rulers.

“We are deeply concerned that Poland’s parliament passed legislation today severely restricting the process for Holocaust survivors and their families, as well as other Jewish and non-Jewish property owners, to obtain restitution for property wrongfully confiscated during Poland’s communist era,” Blinken said.

The bill was passed by the lower house and has already gone through the Senate, meaning it now goes to the president to be signed into law.

“We urge that President (Andrzej) Duda not sign the bill into law or that, in line with the authority granted to him as President, he refer the bill to Poland’s constitutional tribunal,” Blinken said.

Israeli Foreign Minister Yair Lapid said the bill “damages both the memory of the Holocaust and the rights of its victims.”

Blinken said Poland was an important ally in NATO, an alliance “based on mutual commitments to shared democratic values and prosperity.”

He added: “These pieces of legislation run counter to the principles and values for which modern, democratic nations stand. We urge the government of Poland to demonstrate its commitment to these shared principles not only in words, but also in deeds.”

Earlier in the evening, Polish opposition lawmakers said they had shown that the governing United Right coalition could not command a majority when they succeeded in passing a motion to postpone the sitting.

Joy turned to outrage, however, when Speaker Elzbieta Witek said the vote had to be repeated because she had forgotten to specify the date until which the sitting was to be postponed. “What you are doing is absolutely illegal,” said Civil Platform lawmaker Borys Budka.

Jaroslaw Sachajko of the Kukiz 15 party, which is not part of the ruling coalition but supports some of its policies, said the party’s four lawmakers had originally voted for the opposition motion by mistake.