Polish Prime Minister Mateusz Morawiecki (3-R) with other Law and Justice (PiS) party politicians lay a wreath during the ceremonies commemorating the eighth anniversary of the presidential plane crash near Smolensk at the Powazki Military Cemetery in Warsaw, Poland, 10 April 2018. [Marcin Obara/EPA/EFE]

Ties have been strained since Poland’s president Lech Kaczyński and 95 others died when their plane crashed at a rarely used airport near the Russian city of Smolensk in April 2010.

Polish President Lech Kaczy?ski and 95 others died today (10 April) as the presidential plane attempted to land in Smolensk, Russia, to commemorate the mass murder of 20,000 Poles who were killed on Stalin's orders seventy years ago in the nearby forests of Katyn. EURACTIV Poland contributed to this article.

The delegation was traveling to mark the 70th anniversary of the Katyn massacre of Polish officers by Soviet troops.

Ties between Moscow and Warsaw have plumbed new lows after a series of comments made by Putin last December about Poland bearing some responsibility for the outbreak of World War Two. 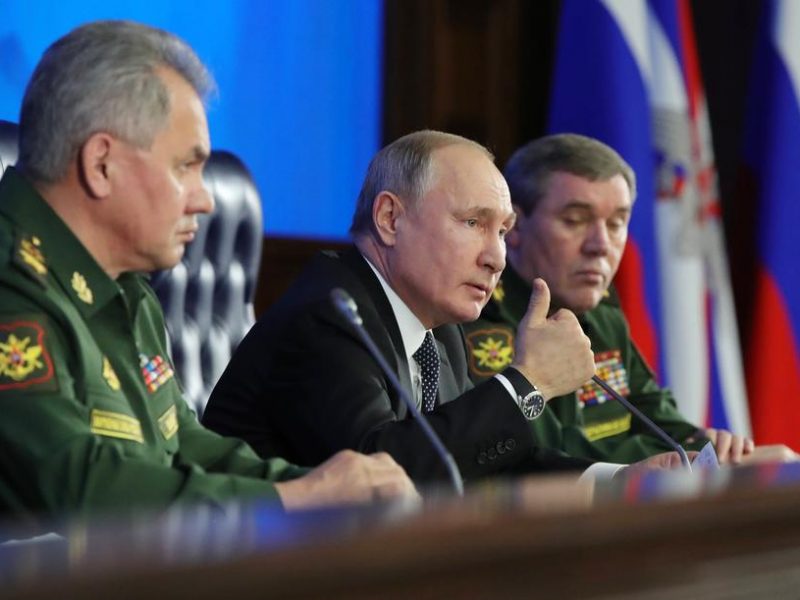 President Vladimir Putin upped the ante in a war of words with Europe on Tuesday, accusing Poland of colluding with Hitler and of anti-Semitism.

“Both of these events have forever changed the history of Poland.”

While the crash, which also killed the central bank chief, top army brass and many lawmakers, initially united Poles in grief, it later came to deepen divisions between liberals and conservatives, including the ruling Law and Justice (PiS) party.

PiS, which is led by Kaczyński’s twin brother, Jarosław, blamed Russia for the crash. Some in Poland believe they were murdered.

An inquiry by the previous government returned a verdict of pilot error, but PiS has said there may have been an explosion.

The Russian Foreign Ministry told the TASS news agency that such a meeting is not being prepared. The Polish foreign ministry did not immediately respond to a request to confirm the meeting.