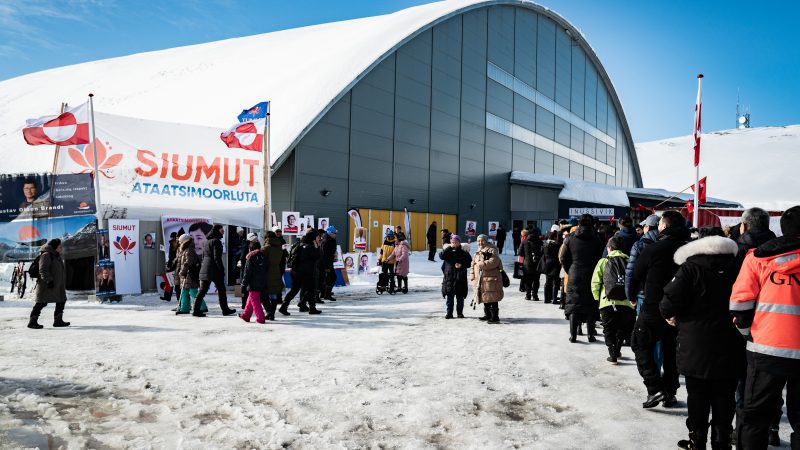 Voters stand in line to cast their votes in parliament elections in the Inussivik arena in Nuuk, Greenland, 6 April 2021. [Emil Helms/EPA/EFE]

Voting stations closed in Greenland on Tuesday evening (6 April) in a snap election that could unseat the ruling party and help decide the fate of vast deposits of rare earth metals that international companies want to exploit.

The Arctic island of 56,000 people, which former US President Donald Trump offered to buy in 2019 only to be told it was not for sale, is part of the Kingdom of Denmark but has broad autonomy. 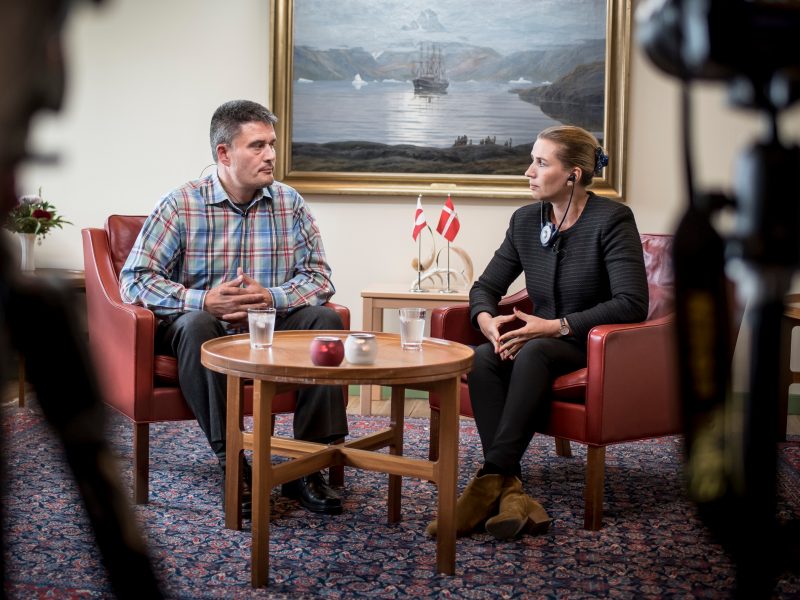 International companies are watching the election closely as they compete for the right to develop Greenland’s untapped deposits of rare earth metals including neodymium, which is used in wind turbines, electric vehicles and combat aircraft. 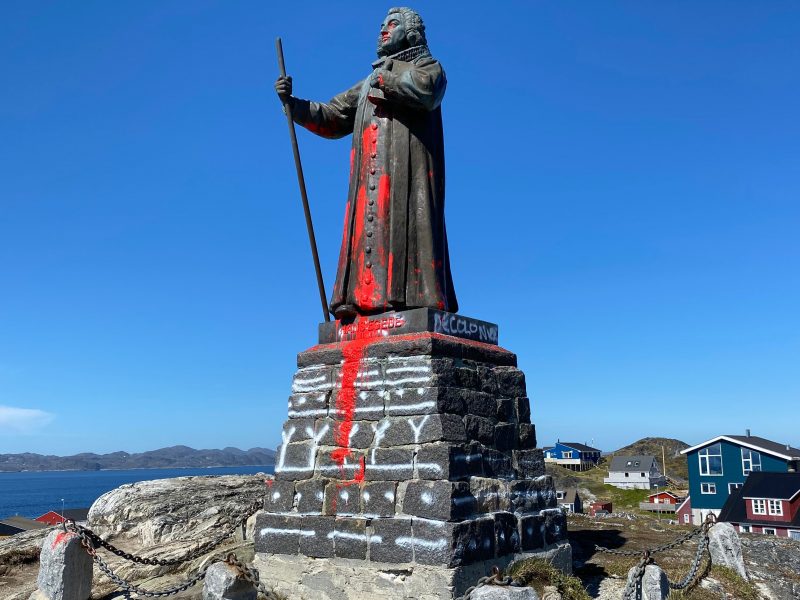 A rare earth mining project in Greenland has reignited dreams of the autonomous Arctic territory’s full independence from Denmark one day, but environmentalists fear large-scale mining could harm the remote island’s pristine landscape.

Global warming and melting ice have made Greenland more attractive for investment as access by sea has become easier. Trump’s offer for Greenland was intended to help address Chinese dominance of rare earth supplies.

But concern in Greenland is mounting about the potential environmental impact of plans to build a large mining complex at Kvanefjeld in the south of the island, a site that contains uranium as well as neodymium.

A junior party withdrew from the coalition government in February as opposition to the project grew, prompting the decision to call Tuesday’s election to the 31-seat parliament.

Opinion polls before the election showed the social democratic Siumut Party, which has led all governments since 1979 except for one period from 2009-2013, trailing the main opposition party, Inuit Ataqatigiit (IA).

Support from Siumut helped secure preliminary approval for the Kvanefjeld project, which is licensed to Australia’s Greenland Minerals Ltd , in which China’s Shenghe Resources Holding Co Ltd is the biggest shareholder.

If IA can form a coalition to govern, it could raise questions about the project. IA has a zero-tolerance policy for uranium and has criticised the project.

No preliminary results had so far been made public.

Greenland’s mining potential is widely seen as vital to its prospects of achieving more economic independence, as its $3 billion economy and large public sector are heavily reliant on grants from Denmark.

A majority of Greenlanders view independence from Denmark as a long-term goal but say economic development is needed first.