innish Foreign Minister Timo Soini (L) and US Secretary of State Mike Pompeo (C) attend a bilateral meeting between Finland and US in Arktikum, Rovaniemi, Finland, 7 May 2019. [Kimmo Brandt/EPA/EFE]

Speaking as he arrived in northern Finland for a meeting of nations with territory in the Arctic, Pompeo said China appeared to have national security aims there, and Russia’s activities, including plans for new shipping channels from Asia to northern Europe, deserved a closer look. 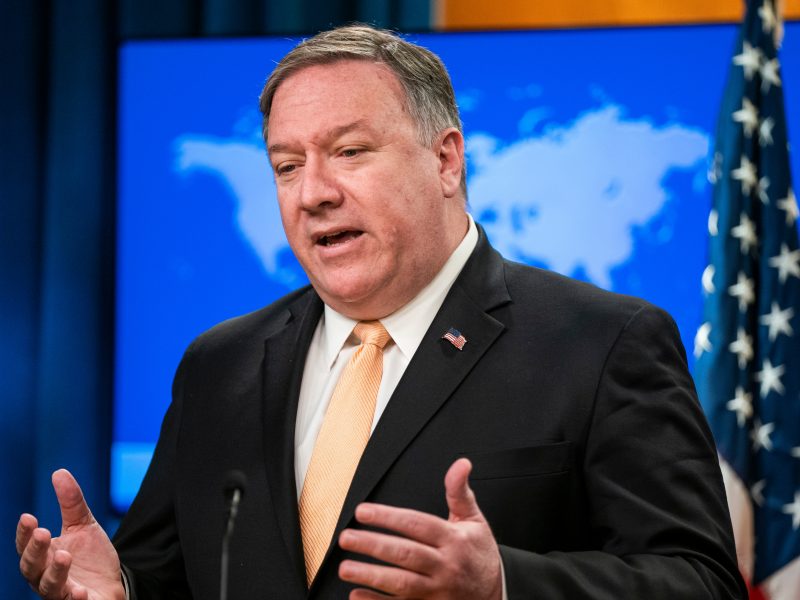 Countries have been scrambling to claim territory or, like China, boost their presence in the region as thawing ice raises the possibility of exploiting much of the world’s remaining undiscovered reserves of oil and gas, plus huge deposits of minerals such as zinc, iron and rare earth metals.

Pompeo said all were welcome to share in the Arctic’s wealth, but raised doubts about the aims of Russia and China, both of which have been increasing their presence in the region.

“The Pentagon warned just last week that China could use its civilian research presence in the Arctic to strengthen its military presence, including by deploying submarines to the region as a deterrent against nuclear attacks,” he told delegates at the conference in Rovaniemi, Finland.

“We need to examine these activities closely, and keep the experience of other nations in mind. China’s pattern of aggressive behavior elsewhere will inform how it treats the Arctic.” 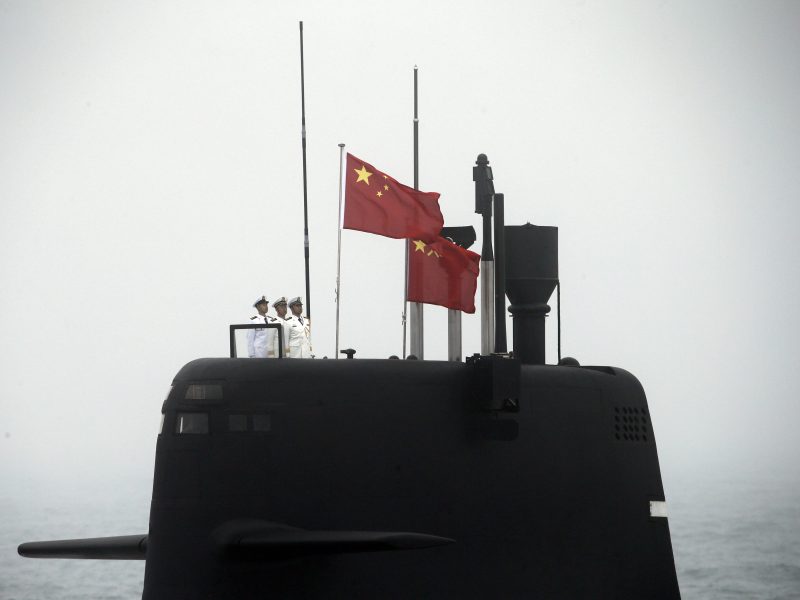 Russia has also been boosting its presence, reopening military bases closed after the Cold War and modernizing its powerful Northern Fleet to safeguard its interests.

“In the Northern Sea Route, Moscow already illegally demands that other nations request permission to pass, requires Russian maritime pilots to be aboard foreign ships, and threatens to use military force to sink any that fail to comply,” Pompeo said.

“These provocative actions are part of a pattern of aggressive Russian behavior in the Arctic.”

The Arctic Council is made up of the United States, Canada, Russia, Finland, Norway, Denmark and Iceland. The region’s indigenous populations are also represented.

The Arctic Council’s remit excludes military matters, but participants have already clashed, with the Washington Post reporting that the United States had refused to sign a final declaration, disagreeing with the wording on climate change.

“There are different tones with which different countries want to approach climate change,” Finland’s Arctic Ambassador Aleksi Harkonen said. “It’s not about whether climate change can be mentioned or not. It will be there in the final declaration.”

Surface air in the Arctic is warming at twice the rate of the rest of the globe, and the ocean could be ice-free in the summer months within 25 years, according to some researchers.

That may profoundly affect the world’s weather and wildlife and indigenous populations in the polar region.

President Donald Trump has frequently expressed scepticism about whether global warming is a result of human activity and has withdrawn the US from the Paris climate accord.

Pompeo’s warnings about Russian and Chinese behavior in the Arctic come amid trade tensions with Beijing and Moscow’s backing for Venezuelan President Nicolás Maduro.