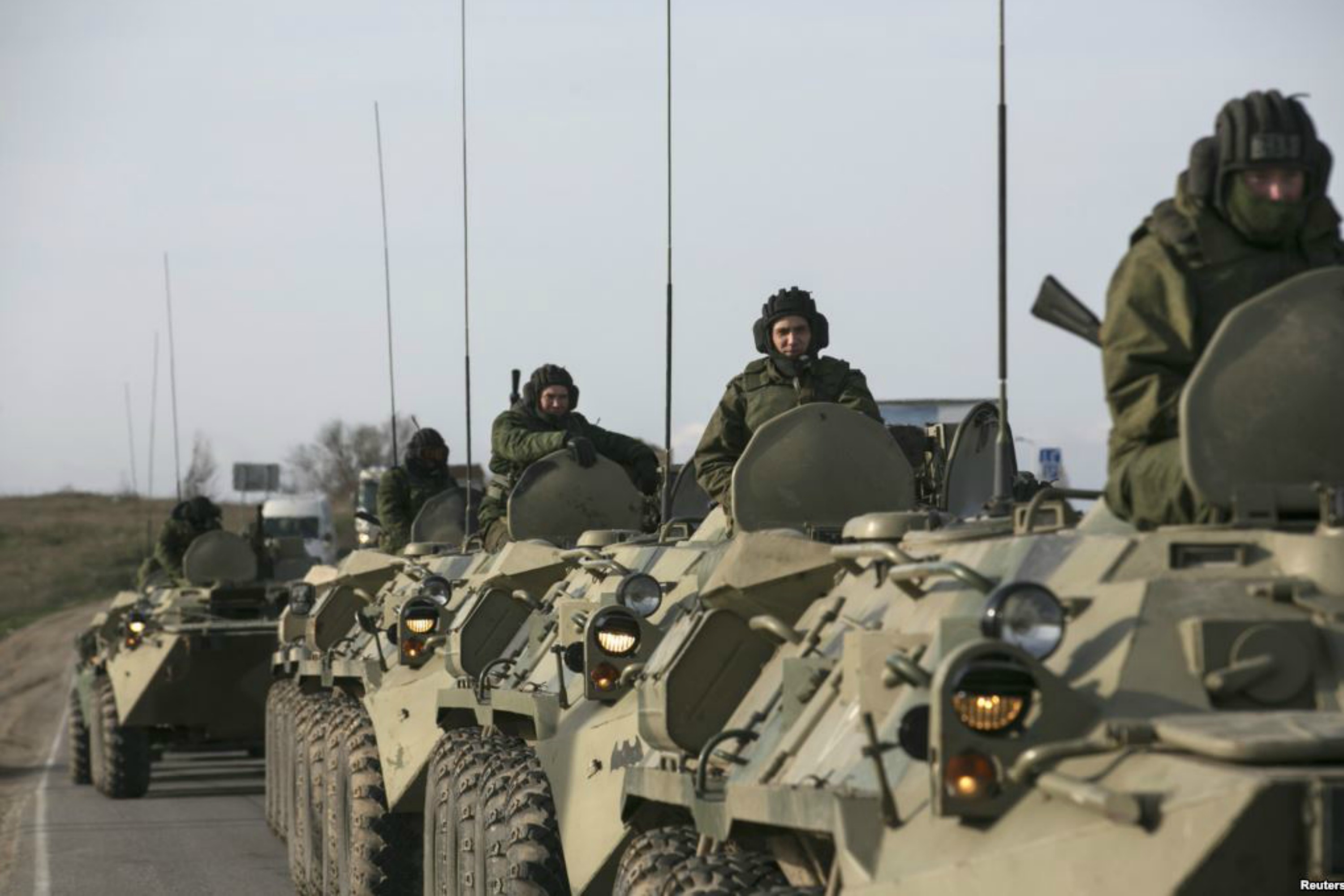 Ukrainian President Petro Poroshenko said today (28 August) that Russian forces had entered his country, and the conflict was worsening, after separatists swept into a key town in the east. EU leaders are meeting for an extraordinary summit in Brussels on Saturday, but it is unclear if Ukraine will be discussed.

Poroshenko said he was cancelling a visit to Turkey and conferring with defence chiefs because of the “rapidly deteriorating situation” in the Donetsk region, “as Russian troops have actually been brought into Ukraine”.

Kyiv has asked for the extraordinary EU summit on 30 August, which should normally decide top job appointments, to dedicate a special session to Ukraine. Reportedly the Union hasn’t made its decision by the time of publishing this article.

A NATO military officer said: “We assess well over 1,000 Russian troops are now operating inside Ukraine […] They are supporting separatists [and] fighting with them.”

Russia says it has no involvement in the conflict between pro-Moscow rebels and the Ukrainian military, in which more than 2,200 people have been killed since April.

It denies sending in weapons or troops, despite the capture of 11 soldiers inside Ukraine this week who Moscow said had probably crossed the border by accident. Russia’s envoy to the OSCE security forum in Vienna said no Russian forces were crossing the Ukrainian border “at any point”.

A rebel leader said their objective was Mariupol, a major port and industrial centre further west.

The latest sharp escalation in the crisis came only two days after the presidents of both countries held their first talks in more than two months and agreed to work towards launching a peace process.

Ukraine’s security and defence council said the border town of Novoazovsk and other parts of Ukraine’s south-east had fallen under the control of Russian forces.

“A counter-offensive by Russian troops and separatist units is continuing in south-east Ukraine,” it said on Twitter.

It said Ukrainian government forces had withdrawn from Novoazovsk “to save their lives” and were now reinforcing defences in Mariupol.

French President François Hollande said it would be “intolerable and unacceptable” if it was proved true that Russian troops had entered Ukrainian territory.

Rebel advances this week have opened a new front in the conflict just as Ukraine’s army appeared to have gained the upper hand, virtually encircling the separatists in their main strongholds of Donetsk and Luhansk.

Russia’s defence ministry declined to comment on reports of Russian tanks in Novoazovsk. A Russian diplomatic source said: “The Russian authorities clearly said many times there are no regular Russian troops there. Russia is not taking part in this armed conflict.”

But a member of President Vladimir Putin’s advisory council on human rights, Ella Polyakova, told Reuters she believed Russia was carrying out an invasion of Ukraine.

“When masses of people, under commanders’ orders, on tanks, APCs and with the use of heavy weapons, (are) on the territory of another country, cross the border, I consider this an invasion,” Polyakova told Reuters.

A Reuters reporter in southern Russia saw a column of armoured vehicles and dust-covered troops, one of them with an injured face, about 3 km from the border with the part of Ukraine which Kyiv says is occupied by Russian troops.

The column was driving east, away from the border, across open countryside near the village of Krasnodarovka, in Russia’s Rostov region.

None of the men or vehicles had standard military identification marks, but the reporter saw a Mi-8 helicopter with a red star insignia — consistent with Russian military markings — land next to a nearby military first aid tent.

All the uniformed men Reuters spoke to declined to say whether or not they were in the Russian military.

The loss of Novoazovsk on the Sea of Azov is a blow to Ukrainian government forces, since it leaves vulnerable the big port city of Mariupol, further west along the coast. A resident, Mykola, said there were tanks in the streets.

A military source said the separatist forces had also taken Savur-Mohyla, a hill east of the city of Donetsk which gives strategic command over large areas of the territory.

Alexander Zakharchenko, prime minister of the self-proclaimed Donetsk People’s Republic, told Reuters in an interview that the rebels’ objective was to fight their way to Mariupol.

“Today we reached the Sea of Azov, the shore, and the process of liberating our land, which is temporarily occupied by the Ukrainian authorities, will keep going further and further,” Zakharchenko said in Donetsk, the main rebel stronghold.

He said there were about 3,000 Russian volunteers serving in the rebel ranks.

“Russia has also sent its newest air defense systems, including the SA-22, into eastern Ukraine and is now directly involved in the fighting,” he said.

The crisis has prompted Western governments to impose sanctions on Moscow, which has responded in kind, and fanned tensions with NATO to levels not seen since the Cold War.

Fighting in the east erupted in April, a month after Russia annexed Ukraine’s Crimean peninsula in response to the toppling of a pro-Moscow president in Kyiv.

A United Nations report this week said more than 2,200 people have been killed, not including the 298 who died when a Malaysian airliner was shot down over rebel-held territory in July.

The fighting has escalated sharply after Ukrainian President Petro Poroshenko ordered on 1 July an assault on separatists. The EU resolve to punish Russia strengthened after the downing in Ukraine on 17 July of a Malaysia Airlines passenger plane, killing all 298 people on board. 194 of the passengers were from the Netherlands.

"Over the past two weeks we have noted a significant escalation in both the level and sophistication of Russia's military interference in Ukraine," Tak told reporters at NATO's military headquarters near Mons, Belgium.

"We assess well over 1,000 Russian troops are now operating inside Ukraine," he said. "They are supporting separatists [and] fighting with them."