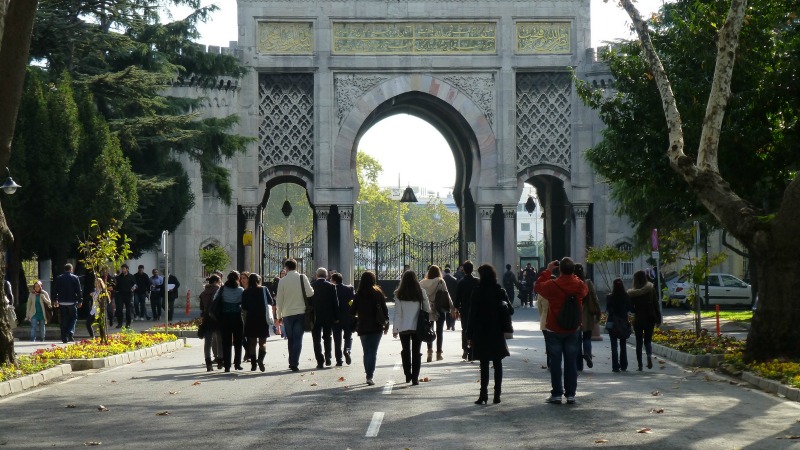 Turkey has cancelled a major EU-funded scholarship scheme after the 15 July coup attempt, leaving in limbo dozens of Turkish students dreaming of studying in the European Union.

The scrapping of the prestigious Jean Monnet scholarship – aimed at helping cultivate pro-EU high-fliers in the longstanding candidate state – is one of the many side effects of the failed coup whose shockwaves have affected every aspect of life in Turkey.

Burak Bulkan, 24-year-old student who graduated from Istanbul’s Bosphorus University, said he applied for the scholarship and was offered places by universities including the London School of Economics and King’s College London.

Bulkan told AFP he cannot afford the British university fees without funds from the EU and needed a sum of around £20,000 (€23,000) to study.

“How many people in Turkey earn this amount of money in a year?” he said.

“It is very hard, not only for me but for many people. Those who can still go are reliant on loans.”

Early this month, the EU expressed “regrets” to have learned about the cancellation of the programme for the 2016-17 academic year – a decision “taken by the Turkish authorities without the involvement of the EU”.

The Jean Monnet scholarship, one of the most renowned and long-running programmes in Turkey, began in the 1990-1991 academic year providing scholars with opportunities to study in EU member states.

The grant programme, which covers tuition fees and living expenses, takes its name from Jean Monnet, a well-known French economist and a pioneer of the EU, who from the beginning of World War I had devoted his life to creating a united Europe.

The cancellation comes after the failed coup bid seeking to bring the Turkish government from power and blamed on supporters of US-based Muslim preacher Fethullah Gulen, whose influence extends to key parts of the Turkish state.

Ankara has pressed ahead with a sweeping crackdown on alleged coup plotters in the wake of the putsch attempt, with a pledge to remove Gulen’s “cancer cells” from the state institutions including the education sector.

Turkey’s relations with the EU have worsened drastically following the coup over the crackdown and it has also barred academics from travelling abroad on work missions.

Turkey’s EU ministry said on 10 August that the decision to suspend the programme was made “in the light of extraordinary circumstances our country has been passing through”.

The ministry added the scheme was cancelled for the 2016-2017 academic year, and it was working to transfer this year’s funds to the next academic year to help more people utilise the education grants. 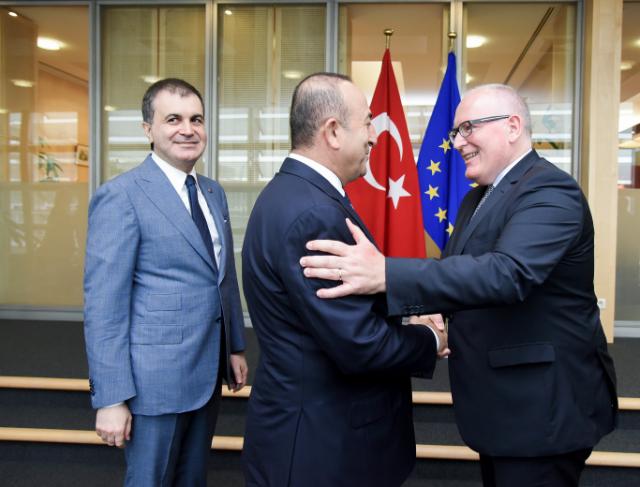 Turkish FM: EU 'failed the test' after the coup attempt

Can Baydarol, an expert on Turkey-EU relations, said EU-funded programmes were a bridge between candidate country Turkey and the 28-nation bloc.

Baydarol said he believed the Jean Monnet programme had been cancelled not because of the EU’s alarm over the crackdown but because of the “uncertainties” inside Turkey.

“I hope in very near future this programme, the strongest bond between Turkey and the EU, will be reactivated,” said Baydarol, deputy head of the European Union and Global Research Association.

Disappointed like many applicants in Turkey who took to social media or launched a petition campaign for the restart of the scheme, Bulkan said he was looking at other options.

“I don’t have enough resources to study abroad on my own terms, so I think I will give priority to doctorate at my (Turkish) university,” he said.

“For long years we have been working to attain Europe’s standards economically, politically and socially,” he said. “We kicked away the chance with our own hands.”

President Recep Tayyip Erdoğan declared a state of emergency in Turkey after a failed putsch on 15 July during which 240 people, mostly civilians, were killed.

More than 60,000 people in the military, judiciary, civil service and education have been detained, suspended or placed under investigation since the coup attempt, in which rogue soldiers commandeered tanks and warplanes to try to take power.

Some of Turkey’s European allies are concerned that Erdoğan, already seen as an authoritarian leader, is using the coup attempt as an excuse to further tighten his grip. They worry that the president is using the crackdown to target dissent, testing relations with a key NATO partner in the war on Islamic State.

Turkish officials dismiss such claims, saying the purges are justified by the gravity of the threat posed by the failed uprising.

Council of Europe chief Thorbjørn Jagland backed a “cleaning up” of Turkish institutions after the failed coup, saying there had been insufficient understanding in Europe about the challenges faced by Turkey.

The head of a top European rights watchdog Wednesday backed a "cleaning up" of Turkish institutions after a failed coup blamed on supporters of US-based preacher Fethullah Gülen.