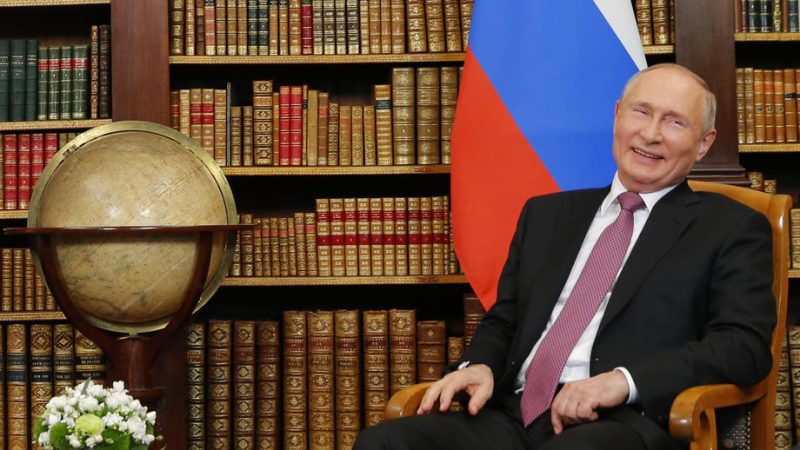 Russian President Vladimir Putin and his US counterpart Joe Biden have agreed to a summit — to be held only if Moscow does not invade Ukraine, France announced Monday (20 February) following a frantic new round of diplomacy to avert an all-out war.

Both leaders have said yes in principle to the summit, proposed by French President Emmanuel Macron, his office said, with the White House confirming Biden’s willingness, though it was notably cautious.

The Elysée added that the summit will be expanded to “relevant stakeholders” and that preparations would start between Russia and the United States on Thursday.

The possible breakthrough came after Washington warned of an imminent invasion and Ukraine and Russia blamed each other for a spike in shellings on the front line separating Kyiv’s forces from Moscow-backed separatists.

The bombardments have sent Ukrainians fleeing to cellars and other shelters, while some civilians have been evacuated.

In its own statement, the White House warned that it was still ready “to impose swift and severe consequences” should Russia invade.

“And currently, Russia appears to be continuing preparations for a full-scale assault on Ukraine very soon,” US press secretary Jen Psaki said.

Washington and other Western capitals say that Russia has massed more than 150,000 troops on Ukraine’s borders and is ready to launch a full-scale assault.

Moscow denies any intention to invade its neighbour, but has demanded that the NATO alliance permanently rule out Ukraine’s bid for membership and called for the withdrawal of Western forces deployed in eastern Europe since the end of the Cold War.

The announcement of the summit came moments after Macron held his second marathon call with Putin of the day.

During their first, 105-minute discussion, Putin blamed the increase in violence on the front line on “provocations carried out by the Ukrainian security forces”, according to a Kremlin statement.

Putin repeated a call for “the United States and NATO to take Russian demands for security guarantees seriously”. 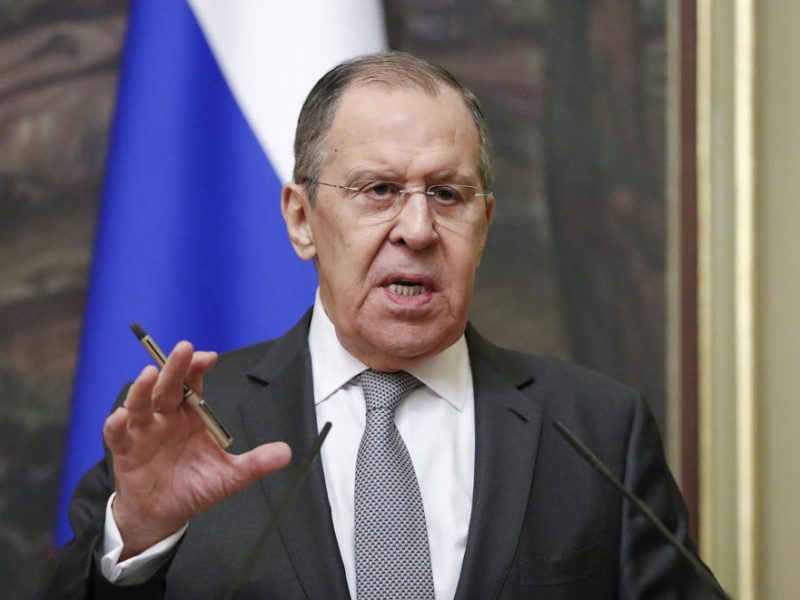 Russia told the US on Thursday (17 February) it should withdraw arms and personnel from new NATO members, and that it and NATO must legally commit to stop NATO enlargement eastward.

But Macron’s office also said the two had agreed on “the need to favour a diplomatic solution to the ongoing crisis and to do everything to achieve one”.

The second time the pair spoke, late Sunday evening, it was for an hour, the French presidency said. The announcement of the summit came shortly after.

Earlier, US Secretary of State Antony Blinken said Russia remained “on the brink” of invading Ukraine. 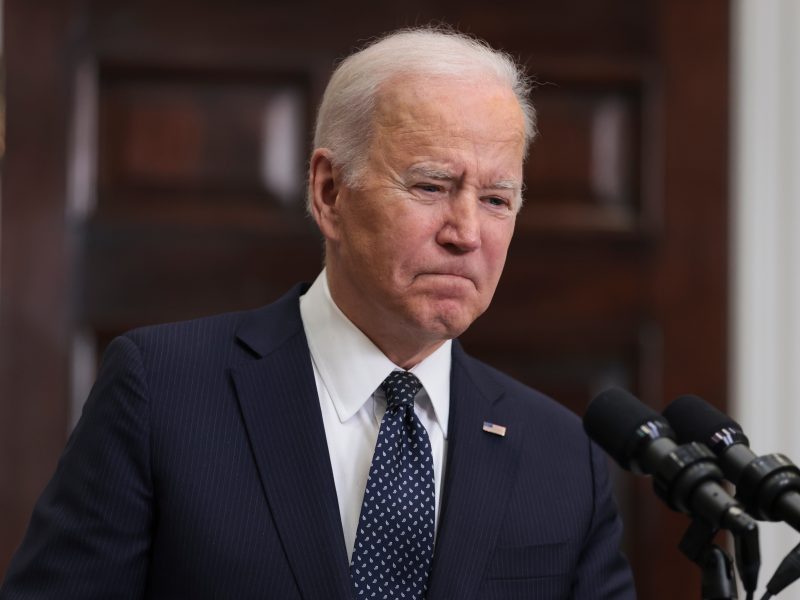 The US leader insisted it was “not too late to de-escalate and return to the negotiating table,” but warned that if an attack comes, the Russian president will have “slammed the door shut on diplomacy.”

US media cited anonymous sources as saying that Washington received intelligence last week showing the Kremlin has given troops the order to attack. The White House, Pentagon and State Department did not confirm the reports when asked by AFP.

Satellite images from a US company also showed new Russian troop deployments along the border.

Macron also spoke with Ukraine’s Volodymyr Zelenskiy, who called for an immediate ceasefire and the resumption of talks.

“We stand for intensifying the peace process,” Zelenskiy tweeted, adding that he had informed Macron about “new provocative shelling” on the front line between Ukrainian forces and Russian-backed rebels.

That volatile front line has seen a “dramatic increase” in ceasefire violations, monitors from the Organization for Security and Cooperation in Europe (OSCE) have said.

Hundreds of artillery and mortar attacks were reported in recent days, in a conflict that has rumbled on for eight years and claimed more than 14,000 lives.

AFP reporters heard more bombardments overnight close to the front line between government forces and the Moscow-backed rebels who hold parts of the eastern districts of Lugansk and Donetsk.

In Zolote, a frontline village in the Lugansk region, an AFP reporter found residents hiding in an earth-floored cellar roughly furnished when the separatist conflict erupted in 2014.

In Moscow meanwhile, the US embassy warned Americans of potential attacks in public places in Russia.

Earlier, fears of escalation mounted after Belarus announced that Russian forces would remain on its soil after Sunday’s scheduled end to joint drills, further tightening the screws on Ukraine.

Moscow had previously said the 30,000 troops it has in Belarus were carrying out readiness drills with its ally, to be finished by Sunday, allowing the Russians to head back to their bases. 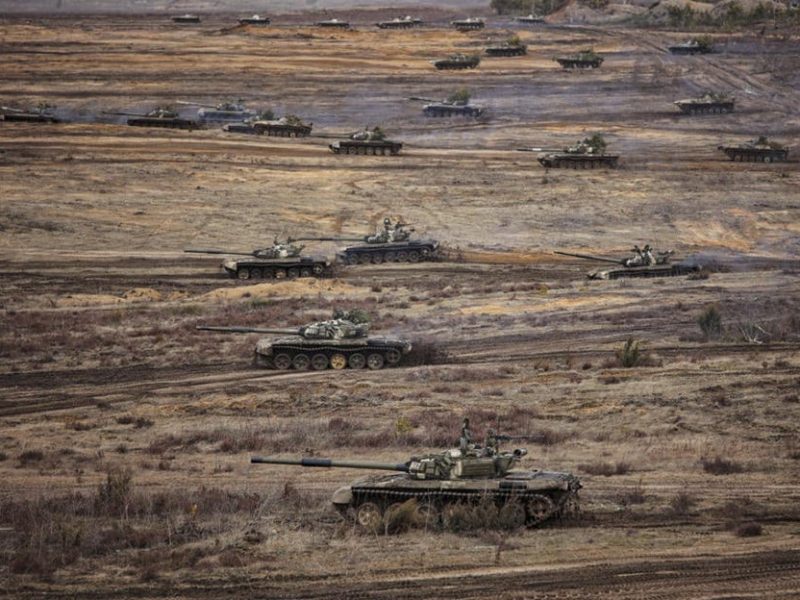 Russian forces to stay in Belarus as Ukraine braced for war

Russian military exercises in Belarus will continue, Minsk announced Sunday (20 February), leaving Moscow with a large force near the northern Ukraine border as Western powers warn of an imminent invasion.

But Belarus said it had decided with Russia to “continue inspections”, citing increased military activity on their shared borders and an alleged “escalation” in east Ukraine.

The Moscow-backed separatists have accused Ukraine of planning an offensive into their enclave, despite the huge Russian military build-up on the frontier.

Kyiv and Western capitals ridicule this idea, and accuse Moscow of attempting to provoke Ukraine and of plotting to fabricate incidents to provide a pretext for Russian intervention.

The rebel regions have made similar claims about Ukraine’s forces and ordered a general mobilisation, evacuating civilians into neighbouring Russian territory.

“My husband told me: take the children and go!” 31-year-old nurse Anna Tikhonova told AFP from a camp at Vesselo-Voznessenka, Russia.

She and her children had fled from Gorlovka, Ukraine, to the sound of gunfire, she said.