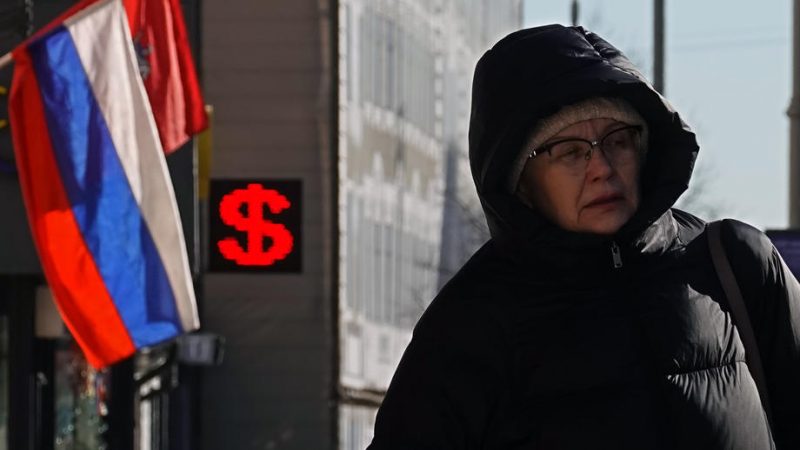 A woman walks in front of an electronic panel displaying the dollar sign at an exchange office in Moscow, Russia, 10 March 2022. The ruble accelerated its free fall against Western currencies. [EPA-EFE/MAXIM SHIPENKOV]

European countries’ dependence on Russian gas and other exports has been thrown into the spotlight since Russia sent tens of thousands of troops into Ukraine on 24 February in what it called a special operation to degrade its southern neighbour’s military capabilities and “de-nazify” the country. 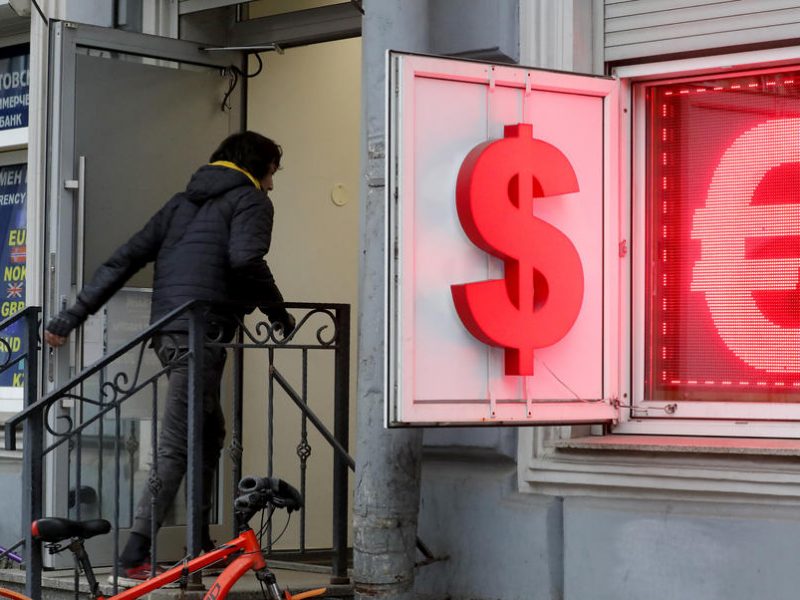 Russia adopted a list of “enemy countries” in which the whole of the EU is included. The first announced sanctions against the “enemy countries” were that Russian counterparts would settle their debts with them only in rubles.

“Russia will continue, of course, to supply natural gas in accordance with volumes and prices…fixed in previously concluded contracts,” Putin said at a televised meeting with top government ministers.

“The changes will only affect the currency of payment, which will be changed to Russian rubles,” he said.

Putin said the government and central bank had one week to come up with a solution on how to move these operations to the Russian currency and that gas giant Gazprom would be ordered to make the corresponding changes to gas contracts.

The ruble is not a reference currency for international payments. Moreover, the ruble is in free fall since the West hit Putin’s Rusia with sanctions without precedent in history.

As of 27 January, Gazprom’s sales of natural gas to Europe and other countries were primarily settled in euros, at approximately 58%.

“An understandable and transparent procedure of making payments should created for (all foreign buyers), including acquiring Russian roubles on our domestic currency market,” Putin said.

Ukrainian forces have mounted stiff resistance to Russia’s actions and the West has imposed sweeping sanctions on Russia in an effort to force it to withdraw its forces.