File photo. Russian troops march during a rehearsal for the Victory Day military parade in Red Square in Moscow, Russia, 7 May 2019. [Poll/EPA/EFE]

The parade, originally scheduled for 9 May, is designed to mark the 75th anniversary of the Soviet victory over Nazi Germany in World War Two. It has been held annually on that date and the raw display of military strength and patriotism has become a hallmark of Putin’s rule. 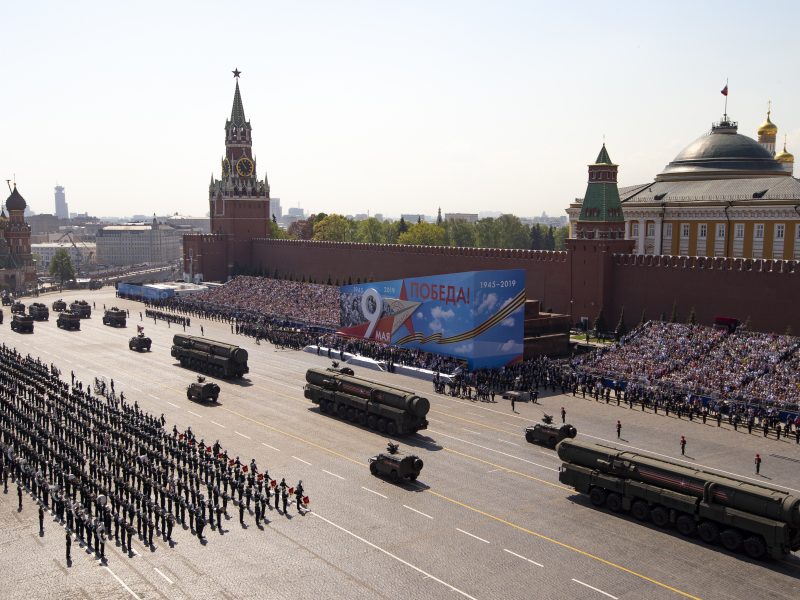 In power as president or prime minister for more than two decades, Putin personally reviews the parade every year, and its postponement, along with that of a nationwide vote on constitutional reforms that could extend his rule until 2036, was seen as disrupting his political agenda.

Speaking on state television on Tuesday (26 May), Putin cited experts as saying Russia had passed the peak of the coronavirus epidemic and told Defence Minister Sergei Shoigu to begin preparations to hold the parade in Moscow and other Russian cities on 24 June.

“I order you to ensure the strictest security standards while preparing for the parade. The risks for all participants must be kept to a minimum, and better excluded (altogether),” said Putin.

The defence ministry said in April it had ordered thousands of troops involved in rehearsals for the original parade into quarantine.

Putin said the new date would fall on the anniversary of a military parade by Soviet forces across Red Square in 1945. After Putin’s announcement, the presidents of Kazakhstan and Moldova said they would attend.

His decision to go ahead with the event in June comes as Russia, which has the third highest number of coronavirus cases in the world, is battling to contain its spread.

The tally of confirmed cases rose to more than 362,000 on Tuesday, while the overall death toll rose to 3,807.