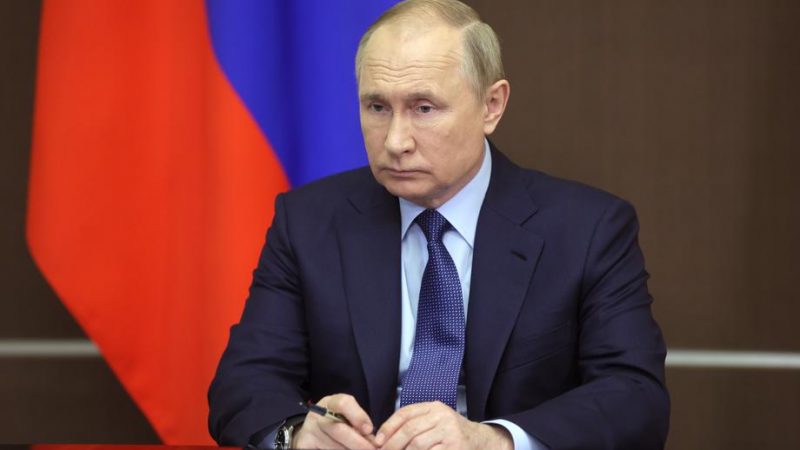 “The Russian president expressed concern in connection with continuing provocations of the Ukrainian side aimed at exacerbating the situation on the line of contact,” the Kremlin said in a statement after the Putin-Michel phone call.

Putin also pointed out “the need to end Kiev’s policy of discriminating against the Russian-speaking population, which violates Ukraine’s international obligations.”

The EU is following closely the military buildup along Russia’s border with Ukraine.

De-escalation and stability are essential. pic.twitter.com/T7FJ7JtblN

The phone call came as Western countries frown over reported Russian military activity near Ukraine, with the United States saying it has “real concerns” over a new troop build-up on the border.

Moscow has dismissed growing Western claims that Russia may be preparing to invade Ukraine, accusing NATO of provocations.

The Ukrainian army has been locked in a festering conflict with Kremlin-backed separatists in the Donetsk and Lugansk regions after Russia annexed the Crimean peninsula in 2014.

Ukraine and its Western allies have accused Russia of sending troops and arms across the border, but Moscow has denied those claims.

Renewed Western fears about Russia’s possible new plans in Ukraine have coincided with tensions over a migrant crisis on the border with Kremlin-aligned Belarus and EU member Poland.

The EU has accused the Kremlin-backed regime of Alexander Lukashenko in Belarus of purposefully luring thousands of migrants to its doorstep as revenge for sanctions. Some in the EU, including Poland, have said that Moscow is behind the crisis.

On Wednesday, Putin urged the EU to begin “systemic cooperation” with Belarus to solve the crisis and told Michel that plans to slap new sanctions against Minsk were counterproductive, the Kremlin statement said.

Putin expressed hope that Michel “will work with Poland to prevent the use of violence against the migrants” and cautioned against any move that would escalate the situation, the Kremlin added.

The Russian president also referred to the use by Polish forces of “water cannon, tear gas, stun grenades, and other special equipment” against the refugees, the Kremlin said.