Putin tells Macron Russia will achieve its goals in Ukraine 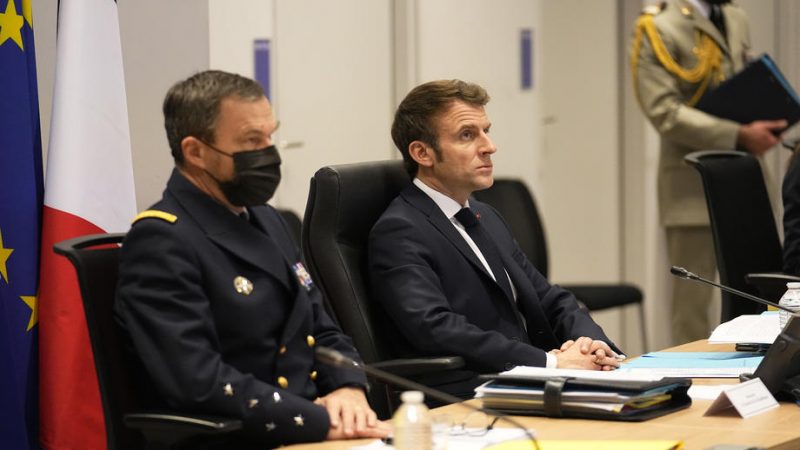 Russian President Vladimir Putin told French leader Emmanuel Macron on Thursday (3 March) that Russia would achieve the goals of its military intervention in Ukraine whatever happens, the Kremlin said.

In a statement issued after the French and Russian presidents spoke by phone, the Kremlin made clear its goals included the demilitarisation and neutrality of Ukraine.

Any attempts by Kyiv to delay negotiations between Russian and Ukrainian officials would result in Moscow adding more items to a list of demands it has already set out, it said.

“Vladimir Putin outlined in detail the fundamental approaches and conditions in the context of negotiations with representatives of Kyiv. It was confirmed that, first of all, we are talking about the demilitarisation and neutral status of Ukraine, so that a threat to the Russian Federation will never emanate from its territory,” the statement said.

“It was emphasised that the tasks of the special military operation will be fulfilled in any event, and attempts to gain time by dragging out negotiations will only lead to additional demands on Kiev in our negotiating position.”

“Our analysis of the military operations is that the Russian ambitions are to take control of all of Ukraine,” said a senior official in the French presidency, who briefed reporters on the 90-minute conversation between the two leaders and said Macron expressed “pessimism” after the call.

Nothing is certain about the success of Russia’s operations, but “we have to expect that the worst is to come,” said the official, who spoke on the condition of anonymity in keeping with French government practice. “There is nothing in what President Putin said that should reassure us,” the official added.

The call, which the French presidency said came at the Kremlin’s request, was the third discussion between the two leaders since the start of the war.

Even as the French presidency stressed that France would keep diplomatic lines open with Russia as long as necessary — including to organize the passage of humanitarian aid — the successive phone calls have shown the limits of Macron’s outreach to Putin.

The French official offered a grim assessment of Putin’s determination to pursue the conflict, saying that the Russian leader repeated a lengthy list of grievances and perceived slights from Western countries that he said had forced him to act. Putin also repeated demands that the Ukrainian government and other European countries have already deemed unacceptable, the official said.

Macron reportedly told Putin that he was making a “serious mistake” and was “deluding himself” and “looking for pretexts” with his assertions that the Kyiv government was run by Nazis, the official said. He said that Macron warned that Russia would pay dearly, leaving the country “weakened, isolated and under sanctions for a very long time.”