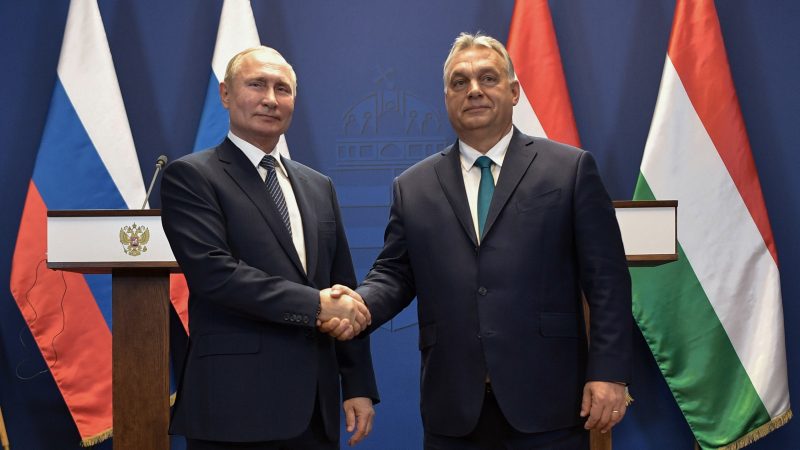 Russian President Vladimir Putin will host talks Tuesday (1 February) with Hungarian Prime Minister Viktor Orbán, who has taken a softer line on the Ukraine crisis than NATO and the EU, with Hungary a member of both.

The Kremlin said the leaders will discuss trade and energy as well as “the current problems of ensuring European security,” an allusion to the standoff between Russia and the West over Ukraine.

Orbán has said he will seek an agreement to increase Hungary’s gas imports from Russia at a time when some in Europe accuse Russia of orchestrating an energy crisis with the aim of putting pressure on European countries.

Hungary’s opposition parties released a joint statement at the weekend calling on Orbán to cancel his trip, which it said was “contrary to our national interests.”

The Hungarian opposition said that, by meeting with Putin, Orbán “indirectly encourages the Russian president to further escalate the current tense situation.”

US President Joe Biden has accused Russia of plans to invade Ukraine imminently with its troops massed on the border and warned of severe economic sanctions if it does.

Warsaw has presented a united front with Budapest against Brussels on issues like the rule of law, but has long resented Orbán’s ties with Putin.

On the same day of Orbán’s Moscow visit, his close Polish ally Prime Minister Mateusz Morawiecki will travel to Kyiv to meet with Ukrainian President Volodymyr Zelensky, who is backed by the West.

At a meeting of European conservatives organised by the Spanish far-right in Madrid over the weekend and also attended by Morawiecki, Orbán said that Ukraine was a “very important issue” for those in Central Europe. 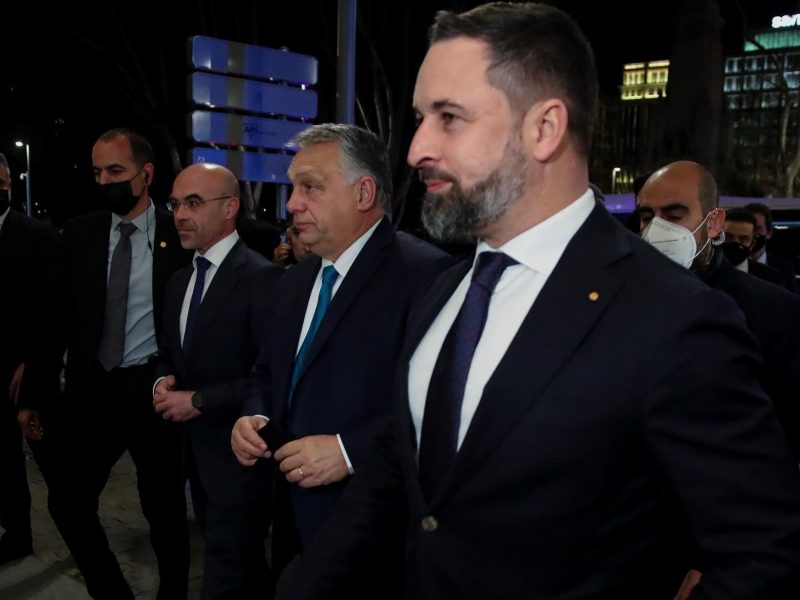 Far-right leaders agree on 'roadmap for sovereign and patriotic Europe'

Nine far-right and nationalist European leaders, among others Hungary’s Viktor Orbán and France’s Marine Le Pen, have agreed on a “roadmap” for a patriotic Europe during a meeting held last weekend in Madrid. EURACTIV’s partner EFE reports.

He stressed he was in favour of “peace and de-escalation,” according to his office.

But he did not echo the general EU alarm over Russia’s troop buildup on Ukraine’s border.

Hungary, which joined NATO in 1999 and the EU in 2004, has taken a softer line on Ukraine, with which it shares a small land border.

Hungarian Foreign Minister Péter Szijjártó has said that Budapest was negotiating a US request for the deployment of NATO troops in Hungary, but called reports that it could be as many as a thousand troops “fake news.”

He previously said that Hungary is a loyal NATO member, but that it did not want “a new Cold War.”

Biden has announced plans to send US troops to NATO countries in eastern Europe, though not to Ukraine itself, which is not a member of the transatlantic Alliance.

Orbán is popular at home despite critics’ accusations of rampant corruption and that he is steering Hungary towards authoritarianism.

The Moscow visit comes just two months before the critical election in Hungary, with polls indicating a close race between Orbán and a united opposition alliance.

Under Orbán, who began his political career in Hungary’s anti-Soviet democracy movement, Budapest has been one of Russia’s closest EU partners.

In a sign of friendship, Hungary was the first bloc member to approve Moscow’s Sputnik V coronavirus vaccine, which has not been green-lighted by the European Medicines Agency (EMA).