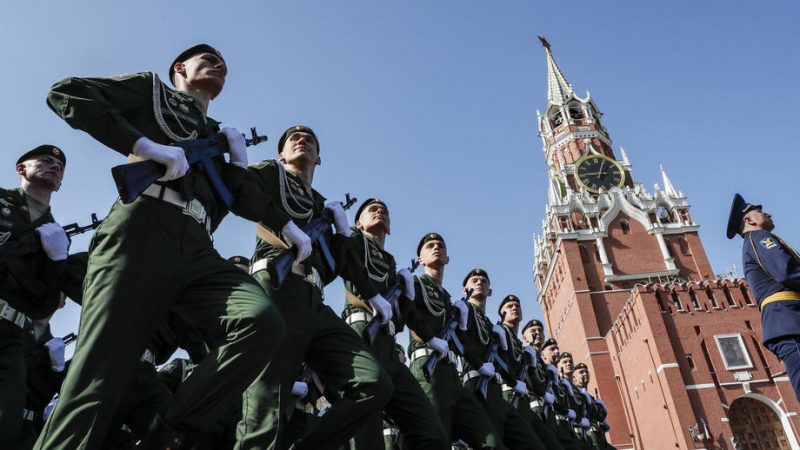 Russian forces bombed a village school in eastern Ukraine killing about 60 people, President Volodymyr Zelenskyy said, as Russia prepared to mark the 9 May anniversary of the victory over Nazi Germany in World War Two.

The governor of the Luhansk region said about 90 people were sheltering at the school in Bilohorivka on Saturday when it was bombed.

“As a result of a Russian strike on Bilohorivka in the Luhansk region, about 60 people were killed, civilians, who simply hid at the school, sheltering from shelling,” Zelenskyy said in his nightly video address. 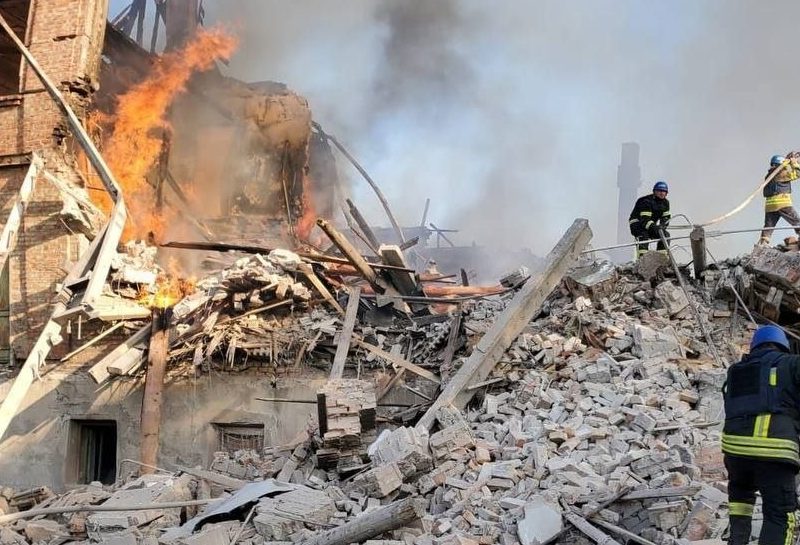 As many as 60 people were feared to have been killed in the Russian bombing of a village school in the eastern Ukrainian region of Luhansk, the regional governor said on Sunday (8 May).

There was no response from Moscow to the news.

In the southern port of Mariupol, which has endured the most destructive fighting of the 10-week war, the deputy commander of the Azov regiment holed up in the Azovstal steel plant pleaded with the international community to help evacuate wounded soldiers.

“We will continue to fight as long as we are alive to repel the Russian occupiers,” Captain Sviatoslav Palamar told an online news conference.

Leaders of the Group of Seven (G7) industrial nations vowed on Sunday to deepen Russia’s economic isolation and “elevate” a campaign against Kremlin-linked elites.

The G7 said it was committed to phasing out or banning Russian oil and denounced Russian President Vladimir Putin’s invasion of Ukraine.

“His actions bring shame on Russia and the historic sacrifices of its people,” the G7 said in a statement, referring to Soviet Russia’s role in defeating Nazi Germany 77 years ago.

Putin has repeatedly likened the war in Ukraine – which he casts as a battle against dangerous “Nazi”-inspired nationalists in Ukraine – to the challenge the Soviet Union faced when Adolf Hitler invaded in 1941.

Ukraine and its allies reject the accusation of Nazism and the assertion that Russia is fighting for survival against a aggressive West, saying Putin unleashed an unprovoked war in an attempt to rebuild the Soviet Union.

In a video address, filmed in front of charred Ukrainian apartment blocks with footage of Russian missile strikes, Zelenskyy said that evil had returned, but his country would prevail.

Hailing the G7 response, Zelenskyy said in his nightly video address: “The main thing I felt today was the world’s even greater willingness to help us … it is clear to the whole free world that Ukraine is the party of good in this war.”

“And Russia will lose, because evil always loses.”

Putin will preside over a parade in Moscow’s Red Square on Monday of troops, tanks, rockets and intercontinental ballistic missiles, making a speech that could offer clues to the future of the war. 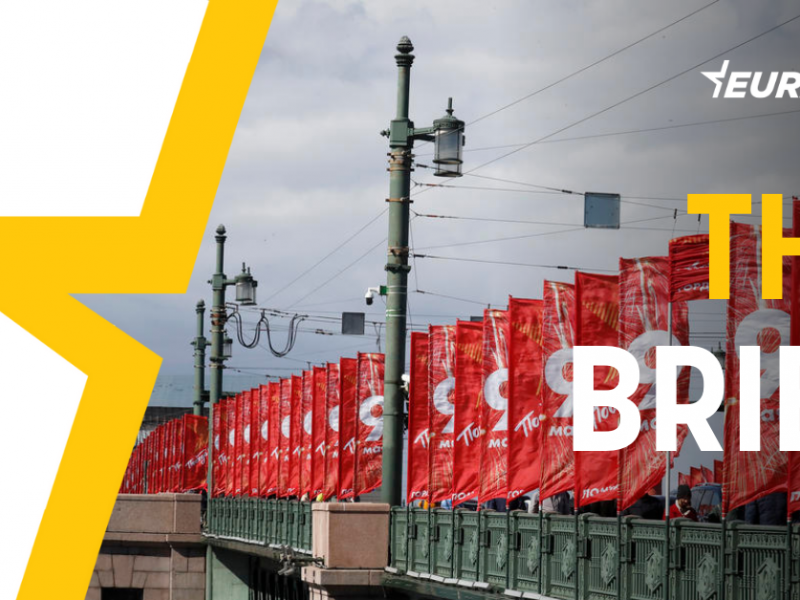 More than 170 civilians were evacuated from the Mariupol area on Sunday, bringing the total to about 600 given safe passage during a week-long rescue operation, the United Nations said.

In the Ukrainian-controlled city of Zaporizhzhia, about 230 km northwest of Mariupol, dozens of people who had fled the city and nearby occupied areas waited to register in a car park set up for evacuees.

“There’s lots of people still in Mariupol who want to leave but can’t,” said history teacher Viktoria Andreyeva, 46, who said she had only just reached the city after leaving her bombed home in Mariupol with her family in mid-April.

“The air feels different here, free,” she said in a tent where volunteers offered food, basic supplies and toys to the evacuees, many travelling with small children.

Mariupol is key to Moscow’s efforts to link the Crimean Peninsula, seized by Russia in 2014, and parts of the eastern regions of Luhansk and Donetsk that have been controlled by Russia-backed separatists since then.

Russian Deputy Prime Minister Marat Khusnullin said on Telegram that he visited Mariupol on Sunday, the most senior Russian government leader to set foot in the city after weeks of bombardment by its forces.

A number of Western officials, including US first lady Jill Biden, Canadian Prime Minister Justin Trudeau, a German parliament head and the Norwegian foreign minister arrived in Ukraine on Sunday in a show of support.

Irish rock group U2’s frontman Bono and his bandmate The Edge performed a 40-minute concert in a metro station in Kyiv on Sunday and praised Ukrainians fighting for their freedom.

“This evening, 8th of May, shots will ring out in the Ukraine sky, but you’ll be free at last. They can take your lives, but they can never take your pride,” Bono said.

⚡️Bono, an Irish singer-songwriter and front man of U2, is holding a surprise performance in Kyiv at Khreshchatyk metro station.https://t.co/RTzxbEJz5g