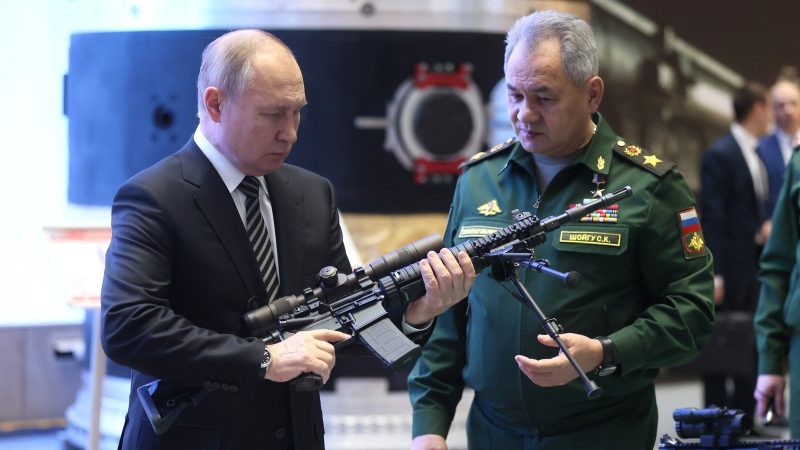 Defense minister Sergei Shoigu [R] shows Vladimir Putin a machine gun, during a meeting with the Ministry of Defense, on 21 December 2021. [Kremlin website]

President Vladimir Putin said on Tuesday (21 December) that Russia had no room to retreat in a standoff with the United States over Ukraine and would be forced into a tough response unless the West dropped its “aggressive line”.

Putin addressed his remarks to military officials as Russia pressed for an urgent US and NATO reply to proposals it made last week for a binding set of security guarantees from the West.

“What the US is doing in Ukraine is at our doorstep… And they should understand that we have nowhere further to retreat to. Do they think we’ll just watch idly?” Putin said.

“If the aggressive line of our Western colleagues continues, we will take adequate military-technical response measures and react harshly to unfriendly steps.”

Putin did not spell out the nature of these measures but his phrasing mirrored that used previously by Deputy Foreign Minister Sergei Ryabkov, who has warned that Russia may redeploy intermediate-range nuclear missiles in Europe in response to what it regards as NATO plans to do the same. 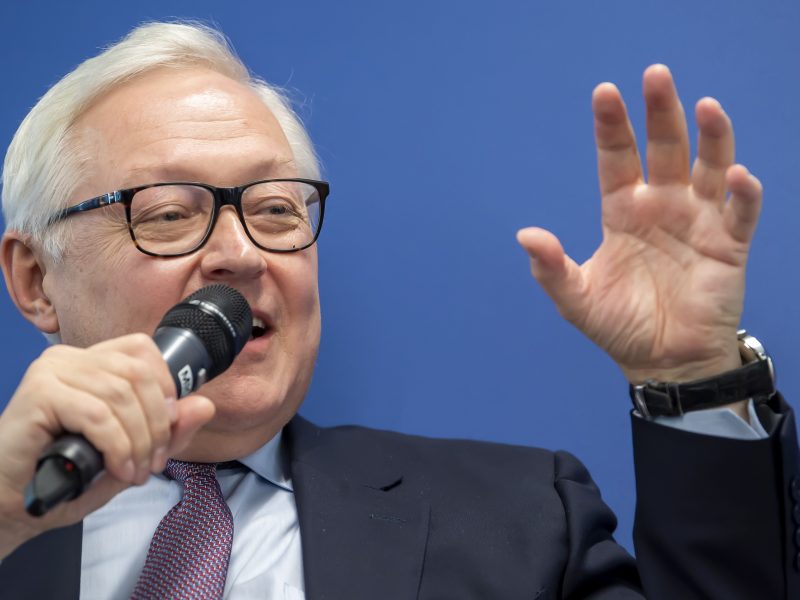 Russia said on Monday (13 December) it may be forced to deploy intermediate-range nuclear missiles in Europe in response to what it sees as NATO’s plans to do the same.

“We are extremely concerned about the deployment of elements of the US global missile defense system near Russia. The Mk 41 launchers located in Romania and planned for deployment in Poland have been adapted to the use of the Tomahawk strike systems. If this infrastructure moves on, if the US and NATO missile systems appear in Ukraine, then their flight time to Moscow will be reduced to seven to ten minutes, and with the deployment of hypersonic weapons – to five. For us, this is the most serious challenge – a challenge to our security”, Putin said, as quoted by the Kremlin website.

He said that in Germany, a command that existed before 1991 had been recreated. “It was responsible for the use of medium-range missiles. A multi-sphere brigade has been formed, in service with which it is planned to have various systems of strike missile weapons”, Shoigu said.

Regarding Poland, the Russian defense minister said that infrastructure had being created to accommodate an armored brigade of the United States of America. “The creation of the Aegis Ashore anti-missile system is nearing completion. In Romania, a similar missile defense facility is already on alert”, he said.

Attempts by NATO to get the Ukrainian army involved in the alliance’s activities present a security threat, Shoigu said.

Russia rejects Ukrainian and US accusations that it may be preparing an invasion of Ukraine as early as next month by tens of thousands of Russian troops poised within reach of the border.

It says it needs pledges from the West – including a promise not to conduct NATO military activity in Eastern Europe – because its security is threatened by Ukraine’s growing ties with the Western alliance and the possibility of NATO missiles being deployed against it on Ukrainian territory.

Ukrainian President Volodymr Zelenskiy said on Friday that he was ready to meet Russia for “direct talks, tête-à-tête, we don’t mind in what format”. But Moscow has said repeatedly it sees no point in such a meeting without clarity on what the agenda would be.

A Kremlin statement said Putin stressed in a phone call with French President Emmanuel Macron that reconvening the four-power Normandy group – which brings together the leaders of Russia, Ukraine, France and Germany – would require concrete steps by Kyiv to implement existing peace agreements. Ukraine says it is Russia and its proxies who are refusing to engage.

With Western powers keen to show Russia they are solid in their support of Ukraine and NATO, Germany’s new Chancellor Olaf Scholz also spoke by phone with Putin.

US Secretary of State Antony Blinken on Tuesday ruled out an in-person meeting between Biden and Putin for now. “I think we have to see if, in the first instance, there’s any progress diplomatically,” Blinken said in a news briefing when asked if an in-person summit could happen to try to ease the tensions.

Karen Donfried, the US State Department’s top diplomat for Europe, said in a briefing with reporters that Washington was prepared to engage with Moscow via three channels – bilaterally, through the NATO-Russia Council that last met in 2019, and at the Organisation for Security and Cooperation in Europe.

In the meantime, she said, the United States would continue to send military equipment and supplies to Ukraine in the weeks and months ahead – something that has antagonised Moscow.

“As President (Joe) Biden has told President Putin, should Russia further invade Ukraine, we will provide additional defensive materials to the Ukrainians above and beyond that which we are already in the process of providing,” she said.

Washington is considering tough export control measures to disrupt Russia’s economy if Putin invades Ukraine, a Biden administration official told Reuters, and the measures would be discussed in a meeting of senior officials on Tuesday.

Russian Defence Minister Sergei Shoigu alleged that more than 120 US private military contractors were active in eastern Ukraine, where Ukrainian troops have been fighting Russian-backed separatists since 2014, and said they were preparing a “provocation” involving chemical substances.

He offered no evidence in support of the claim, which Pentagon spokesman John Kirby described as “completely false”.

Throughout the crisis, Russia has veered between harsh rhetoric, calls for dialogue and dire warnings, with Ryabkov repeatedly comparing the situation to the 1962 Cuban missile crisis when the world stood on the brink of nuclear war. 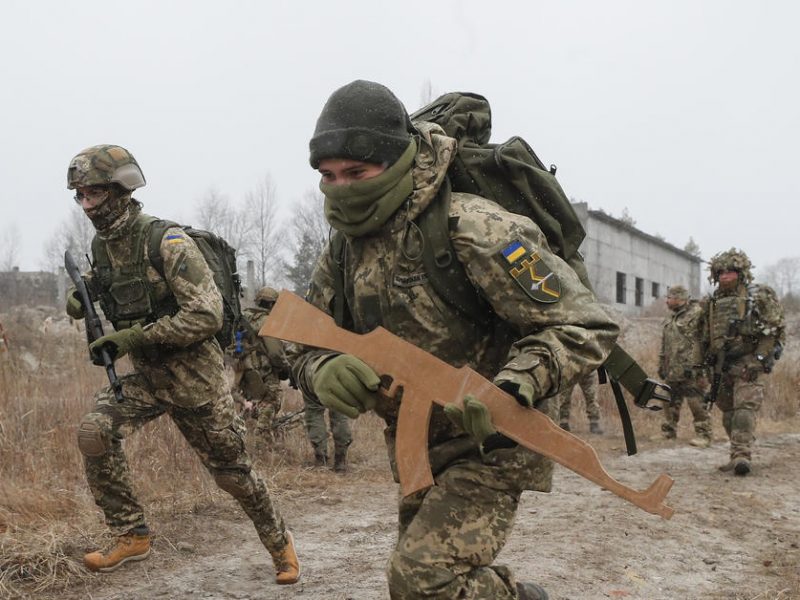 Russia presses for urgent US response on security guarantees

Russia said on Monday (20 December) it urgently needed a response from the United States on its sweeping security demands and again warned of a possible Russian military response unless it saw political action to assuage its concerns.

Many of Moscow’s demands, including for a block on NATO membership for Ukraine and the withdrawal of US and other allied troops from Eastern Europe, are seen as non-starters by Washington and its partners.

But rejecting them out of hand would risk closing off any space for dialogue and further fuelling the crisis.