By euroefe.es | translated by Sam Morgan

Queen Rania of Jordan asked German businesses to consider investing in Jordan, instead of sticking with the conventional aid model. [Adam Tinworth/Flickr]

Addressing the annual meeting of the Federation of German Industry (BDI) in Berlin today (6 October), Rania called on the business leaders in attendance to work together and face up to the challenge.

“We must turn this problem into a joint success,” the monarch insisted. Adding that the crisis is more than just about refugees and people fleeing their homelands because of war, but that it is also a question of “humanity’s common future”.

World Bank: Libya and Jordan 'have got into serious debt’ to host refugees

Four million people have fled the violence in Syria seeking refuge in neighbouring countries. Refugees now make up 20% of the population in Jordan and 30% in Lebanon, as national debts have climbed to unsustainable levels.

At another event in London, she addressed concerns that terrorists could make their way across borders under the guise of seeking asylum, Rania said that “they are not extremists, in fact they are running away from extremists. Nobody chose to be a refugee, a refugee is what you become when you run out of choices, when you have nothing else.”

Rania, who has been queen of Jordan since her husband, King Abdullah, ascended to the throne upon the death of his father in 1999, suggested that traditional means of tackling displaced peoples, such as humanitarian aid, need to be rethought and advocated abandoning the current strategy.

Jordan is a country of just 6.5 million inhabitants, yet it is currently hosting over a million Syrian refugees, who have fled the war in their homeland. The figure is comparable to the amount of refugees Germany took in last year, the difference being that the Bundesrepublik has a population of over 80 million. 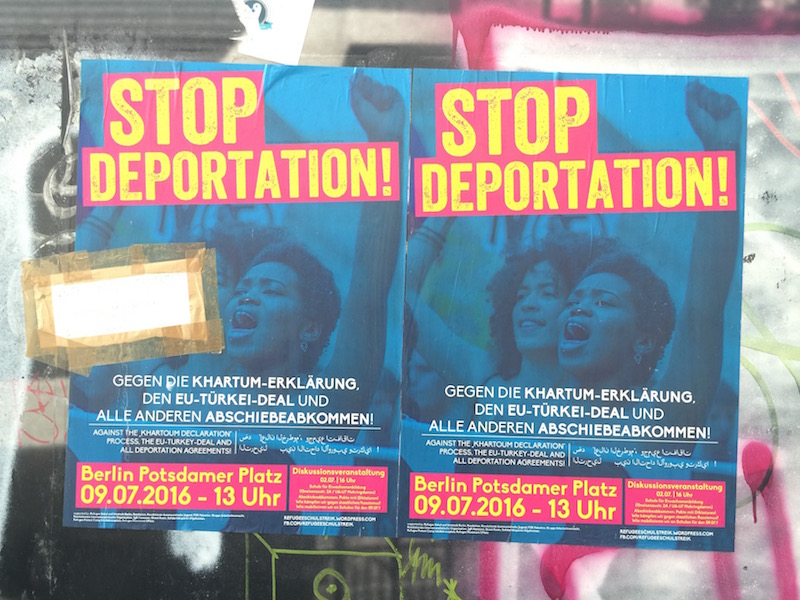 Rania warned that the burden inflicted on Jordan has brought the country near to breaking point and insisted that aid is no longer enough to get the job done. Instead, she said that the new strategy should be “more sustainable” and should focus on getting refugees into the labour market.

To this end, she called on German business leaders present at the Berlin event to invest in Jordan, as the country has committed itself to setting up 80 special economic zones (SEZs), in order to employ Syrians and provide advantageous market conditions for people setting up shop there.

The Jordanian monarch also denounced the rise of Islamic terrorism and argued that there is “nothing remotely Muslim” about the spate of attacks and violence that has become more and more commonplace in the Middle East, Turkey and Europe.