Republicans seize control of Senate in US midterm election 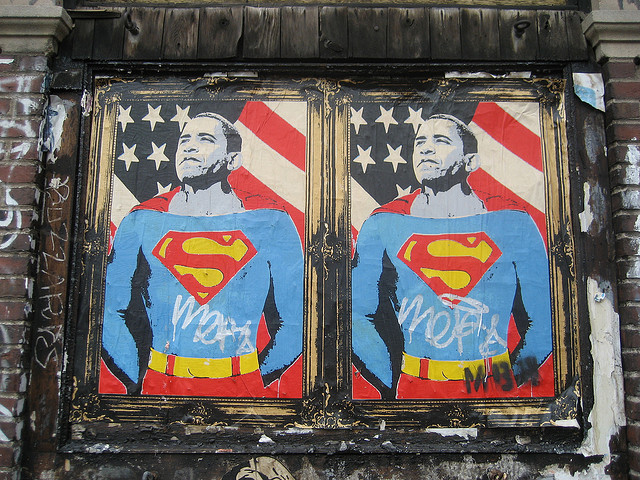 Those were the days. Presidential elections posters, September 2008. [Original Anthem/Flickr].jpg

Republicans rode a wave of voter discontent to sweeping midterm election wins yesterday (4 November), seizing control of the US Senate in a punishing blow to President Barack Obama that will limit his political influence and curb his legislative agenda in his last two years in office.

The GOP also strengthened their grip on the House of Representatives and when the new Congress takes power in January, will be in charge of both chambers of Congress for the first time since elections in 2006.

Obama, first elected in 2008 and again in 2012, called Democratic and Republican leaders of Congress to the White House on Friday to take stock of the new political landscape. He watched election returns from the White House, and saw little to warm his spirits.

“Some things don’t change after tonight. I don’t expect the president to wake up tomorrow and view the world any differently than he did when he woke up this morning. He knows I won’t either. But we do have an obligation to work together on issues where we can agree,” McConnell said in his victory speech in Louisville.

Republicans needed six seats to win control of the 100-member Senate, and by late evening they had seven.

The Republican surge will force Obama to scale back his legislative agenda and limit his ambitions to either executive actions that do not require legislative approval, or items that might gain bipartisan support, such as trade agreements and tax reform.

It will also test his ability to compromise with newly empowered political opponents who have been resisting his legislative agenda since he was first elected.

But Republicans, hoping to win the White House in 2016, will also be under pressure to show Americans they are capable of governing after drawing scorn a year ago for shutting down the government in a budget fight.

“Tonight was a terrific night for Republicans. It was a powerful repudiation of the Obama agenda, and the Obama economy, which isn’t working,” Republican Senator Ted Cruz, a conservative firebrand, told CNN.

“The American people, they’re frustrated with what’s happening in Washington, but now the responsibility falls on us to lead,” he said.

Partisan battles could erupt over immigration reform, with Obama poised to issue executive actions by year’s end to defer deportations of some undocumented immigrants, and over energy policy, as Republicans press the president to approve the Keystone XL pipeline carrying oil from Canada.

The Republican victory had been widely predicted ahead of Tuesday’s voting to elect 36 senators, 36 state governors and all 435 members of the House of Representatives.

Election Day polling by Reuters/Ipsos found a dour mood among the electorate, with less than one-third of voters believing the country is headed in the right direction.

Roughly 40% of voters said they approved of the job Obama is doing as president, though they were split over whether they expected the economy to improve or worsen in the coming year.

In a consolation win for Democrats, Jeanne Shaheen won re-election over Republican Scott Brown in New Hampshire in what polls had forecast as a tight race.

In Virginia, heavily favored Democratic incumbent Senator Mark Warner found himself in a surprisingly close fight against Republican challenger Ed Gillespie, with much of the vote counted. By late evening, he claimed victory, but Gillespie had not yet conceded.

The White House tried to play down the prospect of sharp changes in strategy after the election, saying Obama would seek common ground with Congress on areas like trade and infrastructure.

On other issues, like climate change and immigration reform, Obama is likely to continue to take actions on his own. By the end of the year, he is expected to announce executive action to defer deportations for some undocumented immigrants.

Jay Carney, Obama’s former spokesman, said he expects Obama to make an “all-out push” on his priorities regardless of the makeup of Congress.

Whatever the case, Obama will face pressure to make changes at the White House. A Reuters/Ipsos poll showed 75% of respondents believe the administration needs to “rethink” how it approaches major issues facing the United States. Sixty-four percent said Obama should replace some of his senior staff after the election.