Migrants on board Ocean Viking rescue vessel as the ship was heading north to find a port of safety for all people on board after four days of life saving rescue missions. [MSF/EPA]

After being stranded at sea for fourteen days, the 356 people rescued by charity boat Ocean Viking will be allowed to disembark in Malta, following an agreement reached between La Valetta and six EU member states on Friday (23 August).

“Following discussions with the European Commission and a number of the member states, namely France and Germany, Malta has agreed to be part of the solution in the Ocean Viking stalemate,” Prime Minister Joseph Muscat announced in the early afternoon.

However, the Ocean Viking will not be able to dock in Malta. Instead, people will be transferred by an army vessel to a safe port, and then reallocated to France, Germany, Portugal, Romania, Luxembourg and Ireland, who have offered to welcome them.

Commissioner for Migration Dimitris Avramopoulos commended in a statement “the cooperation and support of the Maltese authorities who have once again, as they have in so many occasions in the past, shown concrete solidarity.”

Avramopoulos, who praised member states for offering to welcome the 356 people, urged them to proceed swiftly with the reallocation process.

The agreement for the disembarkation came only a few days after the European Commission urged member states to show “the same spirit of solidarity” they had shown with the Spanish rescue vessel Open Arms, which docked in Italy following a court decision. 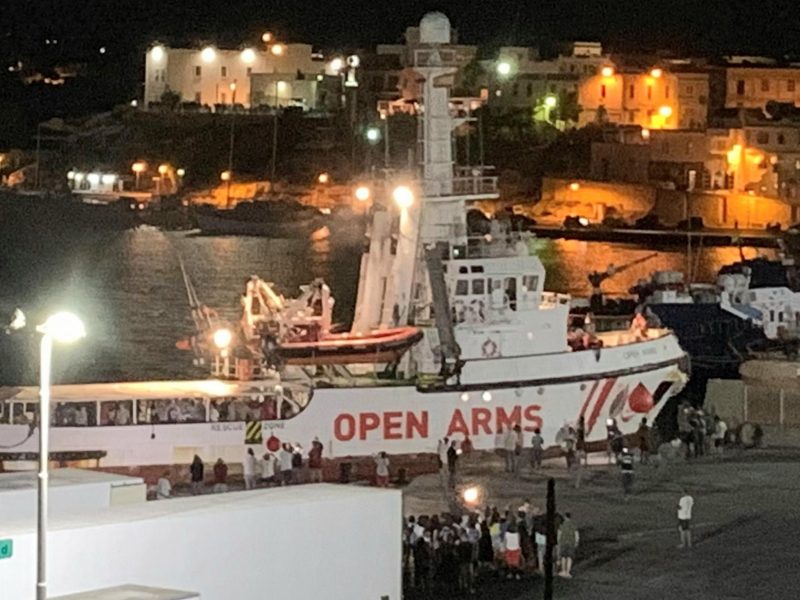 The Ocean Viking is operated by NGO SOS Mediterranée and Médecins Sans Frontières (MSF). Both organisations showed their relief after a solution was found but also regretted the lack of a reliable system for quick disembarkation.

“We are relieved this long ordeal for the 356 people we have onboard is finally over. Was it necessary to impose two weeks of excruciating wait for rescued people to be disembarked?,” Jay Berger, MSF project coordinator onboard the Ocean Viking, wondered in a statement.

“These are people who had fled from desperate circumstances in their home countries and suffered horrific abuses in Libya,” Berger insisted.

SOS MEditerranée and MSF urged EU member states to set up a predictable and sustainable system that would ensure swift disembarkations in the Mediterranean Sea so that situations like this, and many others before, can be avoided.

Frédéric Penard, SOS Mediterranée director of operation, said in a statement that the leadership shown by the European Commission and some member states, including Malta, proves that cooperation is possible.

MSF Jay Berger said that “after hundreds of deaths at sea and countless stories of suffering, it’s time for European leaders to recognise this humanitarian disaster for what it is and finally step up with humane solutions – starting with the setting up of a mechanism to allow swift disembarkation”.

MSF and SOS decided to resume their operations in July following the deterioration of the situation in Lybia and the virtual absent of European search and rescue missions in the Mediterranean.

According to UNHCR, at least 18,427 people have lost their lives trying to reach Europe through the Mediterranean Sea in the past five years. So far in 2019, 839 have died or gone missing in the deadliest migration route in the world.