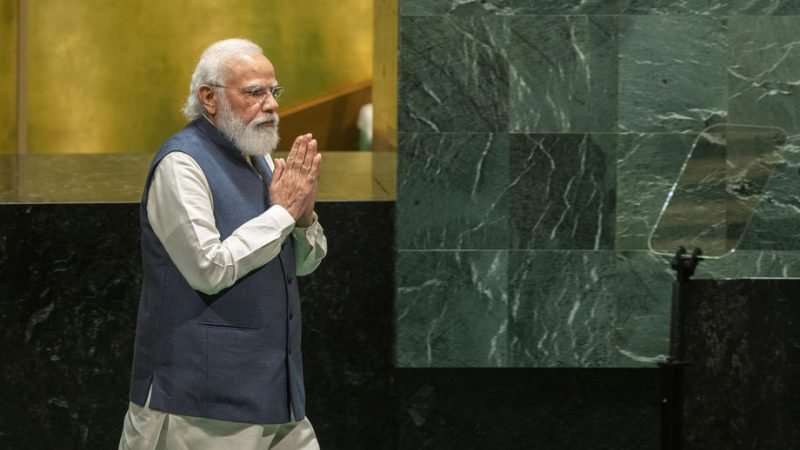 Rich nations need to commit much more than $100 billion to help poor countries fight climate change due to their high historical share of emissions, India’s chief economic adviser said on Thursday (30 September), ahead of a UN Climate Change Conference (COP26).

Wealthy nations are under ever-greater pressure to deliver on an unmet pledge, made in 2009, to send $100 billion a year to help finance an adequate response by developing countries to rising global temperatures as the world prepares for COP26.

“This $100 billion that the advanced economies are talking about actually for innovation in climate finance, you know, it’s a drop in the ocean,” K.V. Subramanian told Reuters.

“I think their commitment needs to be much greater.”

Even though India has not yet committed to a net-zero emission target year, Asia’s third largest economy will keep adding renewables to its energy mix and push industries to see the benefit of using cleaner fuels, he said.

Subramanian said the government was creating incentives for firms to pursue cleaner energy, without which net zero is just “talk without actually the actions happening.”

Under the leadership of PM Shri @narendramodi Ji, India is devoting great importance to solar energy to ensure a stronger fight against climate change.

Adding a feather to this cap, the Chennai Central Station now meets 100% of its day energy requirements by #SolarPower 👏🏻 pic.twitter.com/W5c0GawxKl

India has installed over 100 gigawatts (GW) of renewable energy, which accounts for over 25% of its overall capacity. The energy hungry nation plans to increase its green energy capacity to 450 GW by 2030.

India will do everything that is necessary to attain average annual economic growth of over 7% and coal fired plants will be part of the mix, he said.

India is the world’s third-biggest greenhouse gas emitter after China and the United States and thus is vital in the fight against climate change, currently focused on reaching global net zero emissions by mid century or thereabouts.

The COP26 summit is seen as a crucial chance to wring out ambitious enough commitments from governments to stop global warming spiralling beyond 1.5 degrees Celsius – the limit that scientists say would avoid the worst impacts of climate change.

Earlier this year Reuters, citing sources, reported that India was unlikely to bind itself to a net-zero greenhouse gas emissions goal by 2050.

In his speech at the United Nations General Assembly on Saturday, India’s Prime Minister Narendra Modi called his country “the mother of democracy”, shattering the established view that the cradle of democracy was in ancient Greece.

“I represent a country that is regarded as Mother of Democracy”

A powerful & landmark message to the world by PM Modi at the 76th session of UNGA.

“India is proud to be known to be the mother of democracy”, he said, adding that: “Diversity is the identity of our strong democracy.”

Modi focused on the issues of sustainable development, saying that his country’s priority was that development should be all-inclusive, all-pervasive, universal and one that nurtures all.

He stressed that if the United Nations is to remain relevant, it will need to improve its effectiveness and enhance its reliability, vital for the Organization to meet current challenges.

However, “with regard to the origin of COVID-19 and the ease of doing business rankings, institutions of global governance have damaged the credibility they had built after decades of hard work,” Modi noted.

Had an outstanding meeting with @POTUS @JoeBiden. His leadership on critical global issues is commendable. We discussed how India and USA will further scale-up cooperation in different spheres and work together to overcome key challenges like COVID-19 and climate change. pic.twitter.com/nnSVE5OSdL