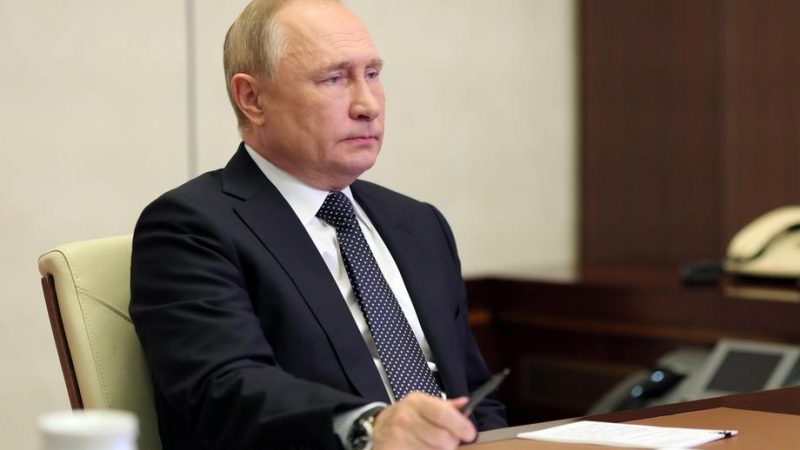 Russian President Vladimir Putin during a session of the G20 summit of world leaders, via teleconference in Moscow, Russia, 31 October 2021. [Kremlin pool/EPA/EFE]

Russia approved a long-term government climate strategy on Monday (1 November) targeting carbon neutrality by 2060 and rejected US allegations it was not doing enough on climate change as the COP26 conference began.

President Vladimir Putin, the leader of the world’s no. 4 greenhouse gas emitter, plans to deliver a recorded message at the Glasgow talks, which he is not attending, and will not be able to speak live, the Kremlin’s spokesman said.

Putin’s absence, as well as that of Chinese President Xi Jinping, has been seen as a blow to the prospects of a breakthrough at the talks. The Russian leader spoke by video link at Sunday’s G20 talks focusing on climate change.

A 2050 deadline to halt net carbon emissions is widely cited as necessary to prevent the most extreme global warming; Russia and China have both committed to a 2060 target instead.

After the G20 talks, US President Joe Biden criticised Russia and China for not bringing proposals to the table, criticism that Kremlin spokesman Dmitry Peskov rejected on Monday during a conference call. 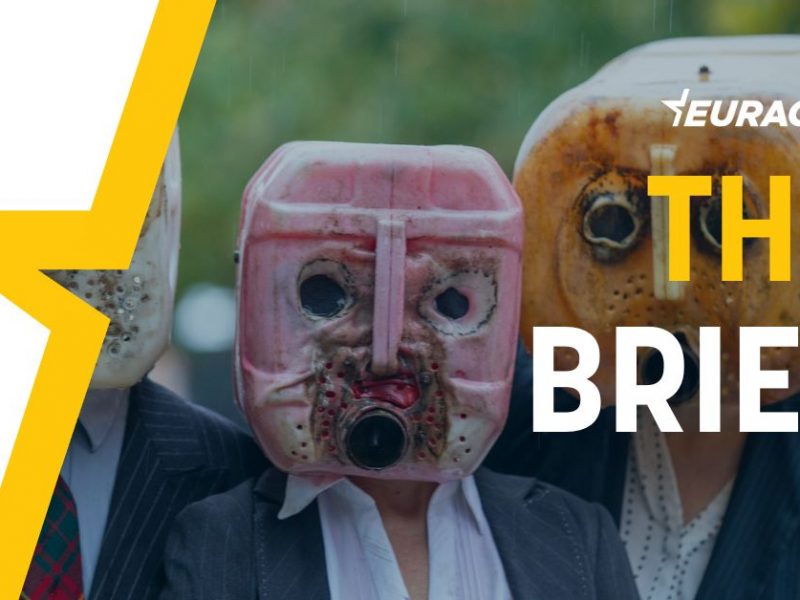 The Brief – Bad climate for COP26

The COP26 conference in Glasgow opened today (1 November), a day after US President Joe Biden criticized China and Russia for not bringing proposals to the table at the G20 meeting in Rome.

“Russia as a country is making enormous efforts and will continue to do so systematically to reduce the anthropogenic burden on the climate, but this is a process that requires adequate measures on the part of all states,” he said.

He said a live Putin video conference at Glasgow would not be feasible. “Still, a conference on forestry and land use management will be held in Glasgow … and the president has already recorded an address to the participants of that conference,” he said.

The government announced it had approved a 2050 strategy to reduce carbon emissions that envisages Russia reducing its net greenhouse gas emissions to 80% of 1990 levels and 60% of 2019 levels in 2050 in a main scenario.

That main “intensive” scenario, the document said, would put Russia on course to reach carbon neutrality no later than 2060, the target announced by Putin earlier this year.

Russia will start implementing green projects next year including ones aimed at carbon capture, Prime Minister Mikhail Mishustin told a government meeting, referring to a technology that is still at a very early stage.