A Russian APC drives in front of the Kremlin during a Victory Day parade general rehearsal in Moscow, 20 June 2020. [EPA-EFE/SERGEI CHIRIKOV]

The Soviet victory over Nazi Germany is personally important to President Vladimir Putin, who has harnessed the USSR’s military triumph in 1945 to stir national pride among Russians today.

After a delay caused by the coronavirus, Putin on Wednesday will preside over a massive military procession of infantry columns and tanks through Red Square in Moscow to mark the 75th anniversary of victory in World War II.

As Russia’s relationship with Europe has deteriorated over the wars in Syria and Ukraine and claims of political interference, accusations of historical revisionism are deepening the chasm.

In the months ahead of the pandemic, Putin spoke at every opportunity about the Great Patriotic War, as the Soviet struggle against Nazi Germany is known in Russia, and about the clash of narratives with Europe.

He raised World War II during informal meetings with leaders of ex-Soviet countries at his annual press conference, in a meeting with entrepreneurs and in an address to generals.

“We are obliged to defend the truth about victory. If not, what will we tell our children if the lie spreads around the world like the plague?” Putin said in an address to parliament in January.

The president has said he is an avid reader of history about the period and he recently published a lengthy article in English accusing the West of “mean” attempts to insult Russia by rewriting World War II history. 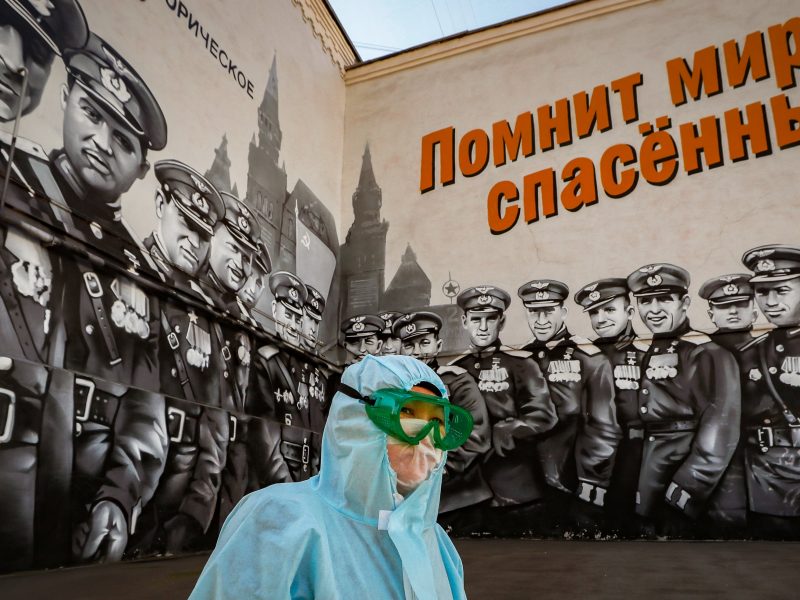 US Secretary of State Mike Pompeo and nine Central and Eastern European foreign ministers took a swipe at Russia on Thursday (7 May), denouncing what they described as “a regrettable effort to falsify history”.

“For Putin, the theme of (WWII) is the foundation of his national idea of a Russian renaissance, of Russia as a strong power, of raising up the country,” says historian Vitaly Dymarsky.

Promoting the memory of World War II also helps the president rally Russians around a unifying national idea, he added.

Moscow has had many terse diplomatic exchanges with the EU and leaders of former Communist countries such as Poland and Ukraine that are deeply opposed to Russia.

Putin in December denounced Warsaw’s “incredible cynicism” and accused it of having executed Jews in 1945, and of having made an agreement with Hitler at the beginning of the war.

Polish Prime Minister Mateusz Morawiecki in response dismissed the “nonsense” comments and his country this year boycotted a Holocaust commemoration in Israel because Putin was attending.

The Russian president also slammed a European Parliament resolution in September that condemned the 1939 division of Poland between the USSR and Germany.

Putin criticised the statement, saying it was an attempt to paint the USSR and Nazi Germany with the same brush.

World War II erupted after Nazi Germany and the Soviet Union invaded and carved up Poland in September 1939 under a secret clause of the Molotov-Ribbentrop pact.

Yet Moscow has said the agreement was necessary after Europe abandoned the Soviet Union against Germany by signing the Munich Agreement of 1938, which led to Nazi Germany’s annexation of western Czechoslovakia. 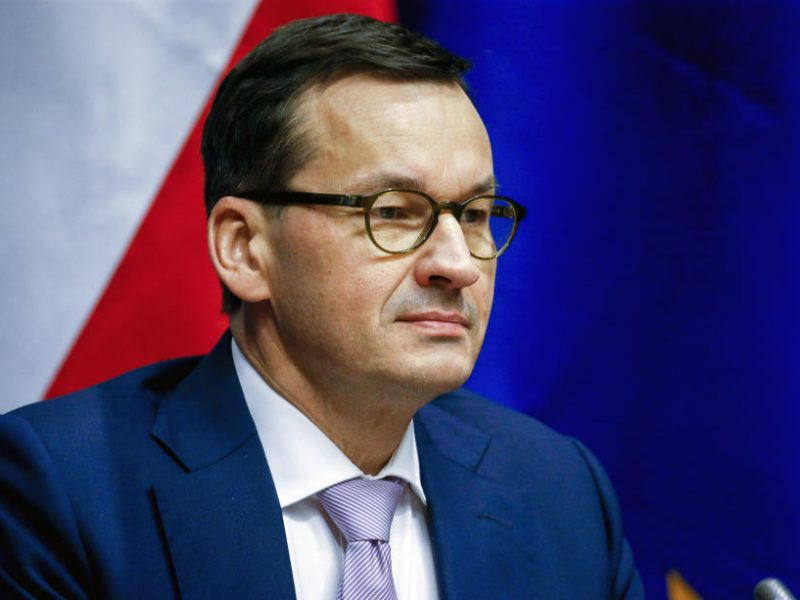 Russia also accuses the West of downplaying its role in the war and minimising the 27 million Soviet lives lost while elevating the contribution of America and Britain.

Moscow sees the Allied beach landings in Normandy in June 1944 as just one episode in the Nazi defeat, as opposed to the defining chapter.

Russia said it was “extremely indignant” when the White House in May neglected to mention the Soviet Union among countries that defeated Nazi Germany in an official tweet.

The Soviet Union’s victory in World War II also won it a leading role in the post-war world order, including new territory and a seat on the UN Security Council.

For the Kremlin, this legacy must “unite the people” against Russia’s adversaries, says historian Dymarsky.

“This whole quarrel with Europe is not history,” he says, “but politics.” 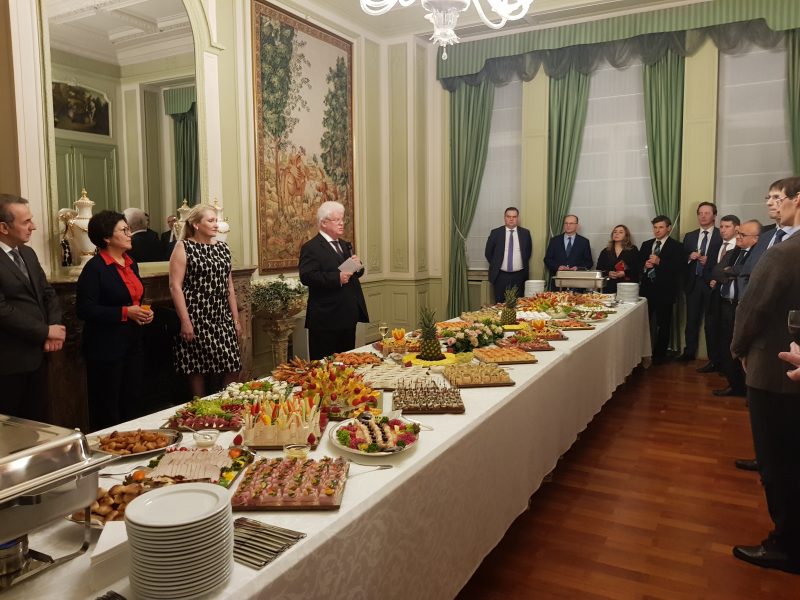 Russia’s Chizhov: 'I’m sure we will witness a new beginning under this EU cycle'