Russia and US clear the way for Syria talks 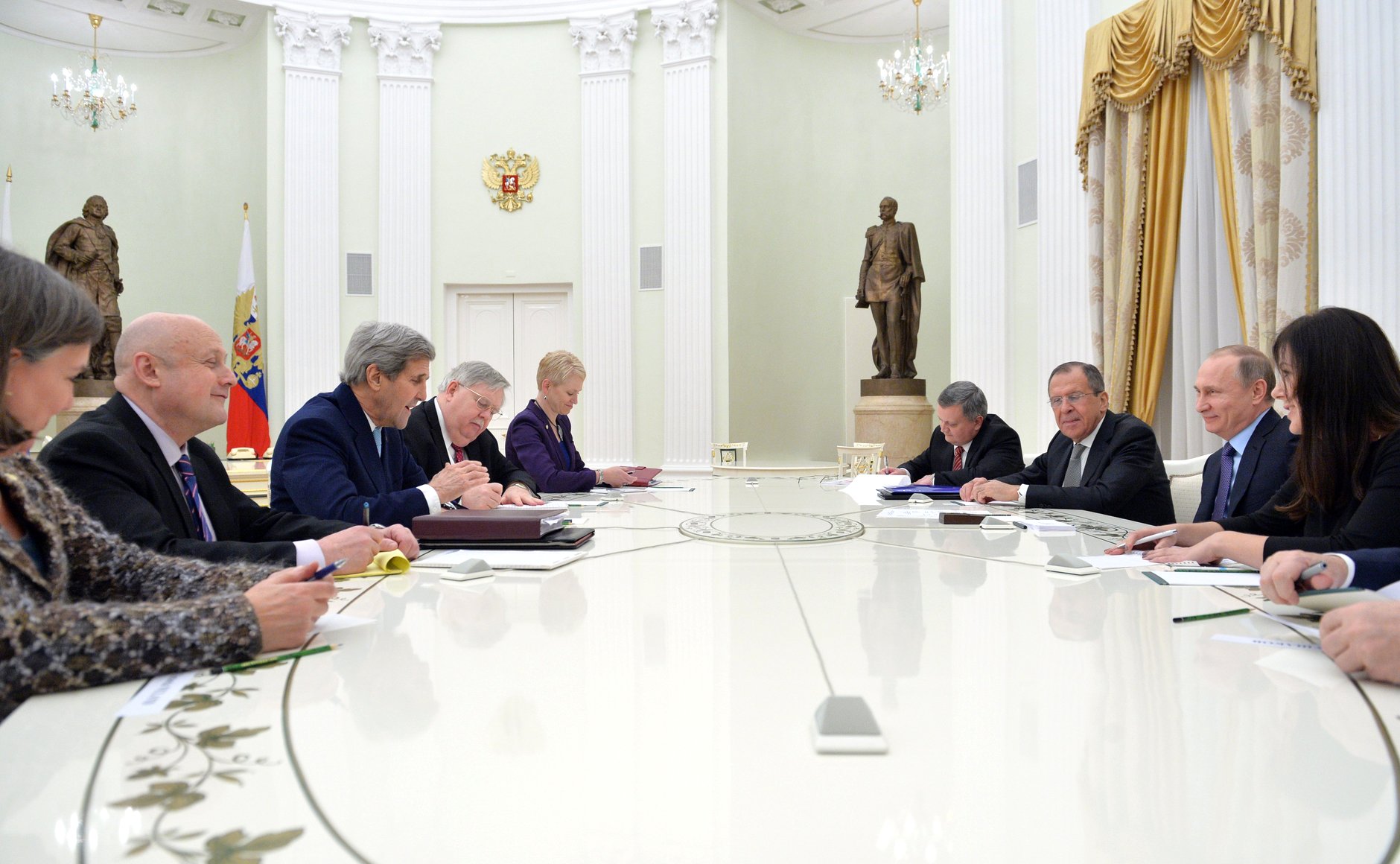 Kerry, Putin and Lavrov. The Kremlin, 15 December. [The Kremlin]

Russia and the United States see enough common ground on Syria for world powers to meet on the troubled country’s peace process in New York on Friday (18 December), but views on the future of President Bashar-al Assad still diverge.

Secretary of State John Kerry went into meetings with Russian President Vladimir Putin and Foreign Minister Sergei Lavrov yesterday (15 December) not knowing whether Moscow would veto a third round of international talks on Syria on Friday after the Kremlin spoke of preconditions needing to be met.

But speaking afterwards, he said the talks would definitely take place after the two countries agreed to try to accelerate the peace process and a potential political transition.

“We will meet this Friday, in New York with the International Syrian Support Group and then … we will pass a UN resolution regarding … the next steps with respect to negotiations and hopefully a ceasefire,” said Kerry.

He said the two sides had found some common ground, while agreeing to put their differences to one side for now.

“Despite our countries’ differences, we have demonstrated that when the United States and Russia pull together in the same direction, progress can be made,” Lavrov told a news conference.

He called the talks with Kerry “substantive,” saying the two countries were now moving in the same direction on Syria.

Russia, one of Assad’s staunchest allies, has launched a campaign of air strikes it says are aimed at Islamic State militants but which also support Assad’s forces.

It has long disagreed with Washington over Assad’s fate, insisting that only the Syrian people, and not external powers, should determine his future. The United States believes Assad must step down as part of any transition.

Kerry said the transition period in Syria – according to the 2012 Geneva agreement – would be about six months.