Turkish Foreign Minister Mevlüt Çavuşoğlu was cited on Monday as saying his country would launch a new military operation in northeast Syria if the area was not cleared of Kurdish YPG militia.

State-owned Anadolu agency quoted him as saying that Russia and the United States had not done what was required under agreements that halted a Turkish offensive last month and called on them to make good on their pledges.

His comments, and Russia’s frosty reaction to them, reflect emerging tensions over Syria between Moscow and Ankara less than a month after President Vladimir Putin and Turkish President Recep Tayyip Erdoğan struck a deal that saw Syrian and Russian forces deploy in northeast Syria to remove the Kurdish YPG fighters and their weapons from the border with Turkey. 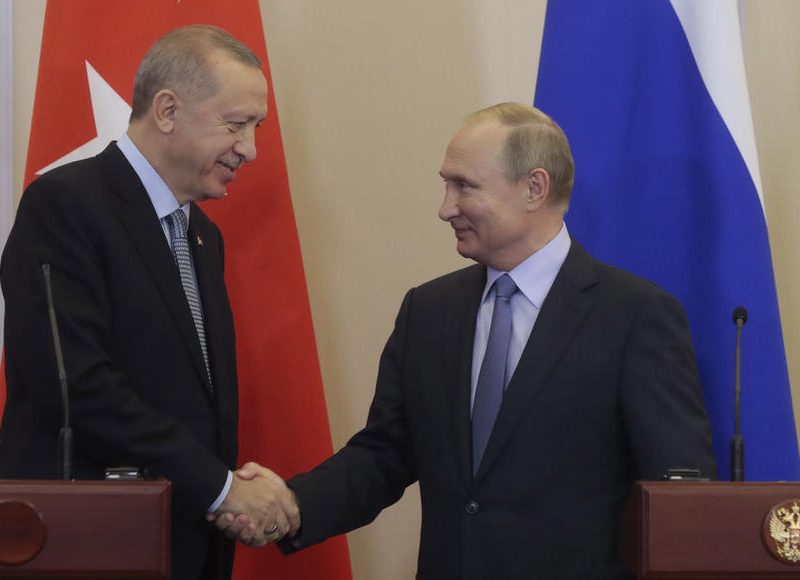 Russia and Turkey agreed on Tuesday (22 October) to ensure Kurdish forces withdraw from areas close to Syria’s border with Turkey and to launch joint patrols, in a deal hailed as “historic” by President Recep Tayyip Erdogan.

Russia’s Ministry of Defence said on Tuesday it was puzzled by Çavuşoğlu’s statement on several different levels and that Moscow had carried out in full its obligations under the Putin-Erdoğan deal.

“Thanks to a range of measures implemented by the Russian Federation, it was possible to significantly stabilise the situation,” Major General Igor Konashenkov, a spokesman for the Russian Defence Ministry, said in a statement.

“The head of the Turkish Foreign Ministry’s call for military action can only escalate the situation in northern Syria rather than sort things out in the way set out in a joint memorandum signed by the presidents of Russia and Turkey,” Konashenkov added.

He listed areas where he thought Russia had helped bring about real progress, including quickly separating conflicting sides and conducting joint patrols with the Turkish armed forces.

Moscow is in the process of deploying more Russian military police to northeast Syria, setting up field hospitals for civilians, distributing humanitarian aid and rebuilding infrastructure, he said.