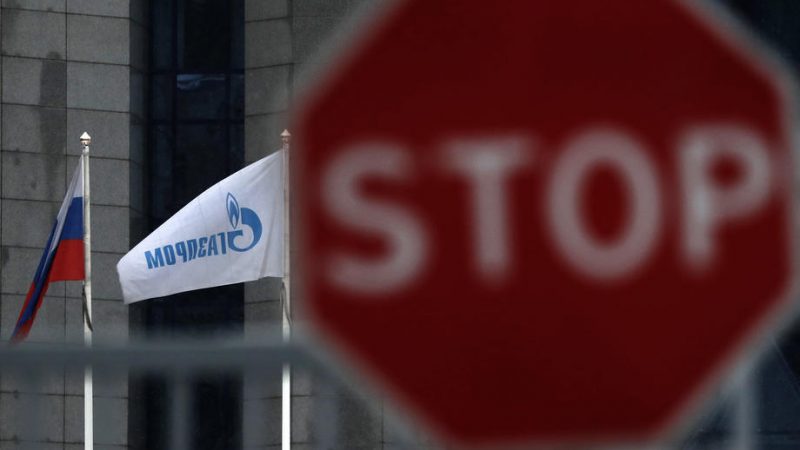 Russia halted gas supplies to Poland under the Yamal contract on Wednesday (26 April), data from the European Union network of gas transmission operators showed, in a deepening of the rift between the West and Russia over its invasion of Ukraine.

Bulgaria, like Poland a NATO and EU member, said earlier that Russia would also halt supplies of gas to it. There was no word early on Wednesday if Bulgaria’s supplies were also cut.

Ukraine accused Russia of blackmailing Europe over energy in an attempt to break its allies, as fighting heads into a third month without Russia capturing a major city.

Staunch Kremlin opponent Poland is among the European countries seeking the toughest sanctions against Russia for invading its neighbour.

Conversely, Bulgaria is one of the only two EU countries, together with Hungary, which haven’t sent weapons to Ukraine.

“Poland has had an anti-Russia and anti-Gazprom stance for a number of years, which is not the case for Bulgaria, so to see Bulgaria also be cut off is also quite a development in its own right,” he added.

Poland’s gas supply contract with energy giant Gazprom is for 10.2 billion cubic meters (bcm) per year, and covers about 50% of national consumption.

Bulgaria counts on 3 bcm of Russian gas per year and has imported only limited amounts of Azeri gas, because of the lack of a proper interconnector with Greece. An interconnector has been built for years, but constant delays in its construction have prevented Bulgaria from importing 1 bcm/y of Azeri gas, which it has contracted. 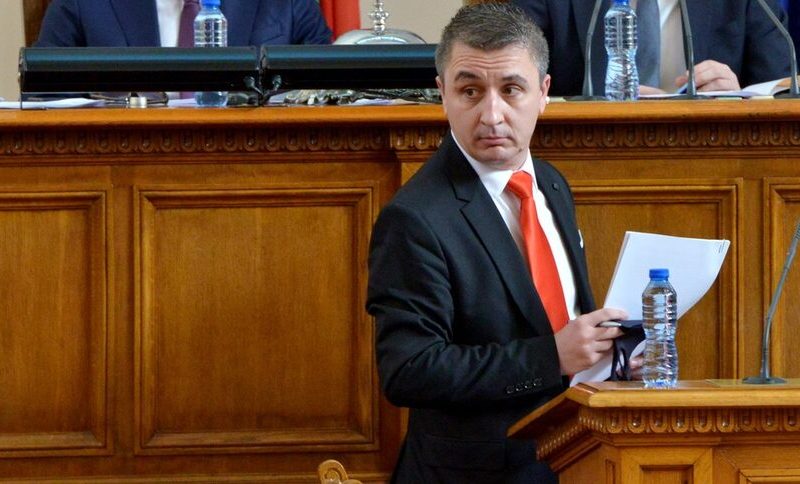 Poland’s state-owned PGNiG had said supplies from Gazprom via Ukraine and Belarus would be cut at 8 a.m. (0600 GMT) on Wednesday, but Poland said it did not need to draw on reserves and its gas storage was 76% full.

Poland said it can source gas via two links with Germany including a reverse flow on the Yamal pipeline, a link with Lithuania with an annual capacity of 2.5 bcm that will open on 1 May and via an interconnector with the Czech Republic for up to 1.5 bcm.

Another 5-6 bcm could be shipped via a link with Slovakia to be opened later this year.

In addition, PGNiG can import up to 6 bcm per year via the LNG terminal in Swinoujscie on the Baltic Sea, and it produces more than 3 bcm of gas per year locally in Poland. In October, a pipeline allowing up to 10 bcm of gas per year to flow between Poland and Norway, will be opened.

Government officials said Poland’s gas storage of 3.5 bcm is 76% full and it will not have to cut supplies to customers to cope with Gazprom supply halt.

Russian President Vladimir Putin has called on “unfriendly” countries to pay for gas imports in roubles, a demand only a few buyers have implemented.

“The ultimate goal of Russia’s leadership is not just to seize the territory of Ukraine, but to dismember the entire centre and east of Europe and deal a global blow to democracy,” Ukraine’s President Volodymyr Zelenskyy said late on Tuesday.

His chief of staff, Andriy Yermak, said Russia was “beginning the gas blackmail of Europe”.

“Russia is trying to shatter the unity of our allies,” Yermak said.

Bulgaria said it had fulfilled all its contractual obligations with Gazprom and that the proposed new payment scheme was in breach of the arrangement.

Gazprom said that Warsaw had to pay for gas in line with its new “order of payments.” It declined to comment regarding Bulgaria.

Disconnecting Bulgaria is more difficult for Gazprom, because the country gets its gas via the TurkStream gas pipeline, called ‘Balkan Stream’ on the territory of Bulgaria. TurkStream brings Russian gas across the Black Sea to the European territory of Turkey, and further to Bulgaria and to Russia-friendly countries Serbia and Hungary.

Bulgarian Prime Minister Kiril Petkov recently said he doesn’t expect Russia to stop supplies to Bulagrai, precisely because in his words Serbia and Hungary are “strategic partners” to Moscow. 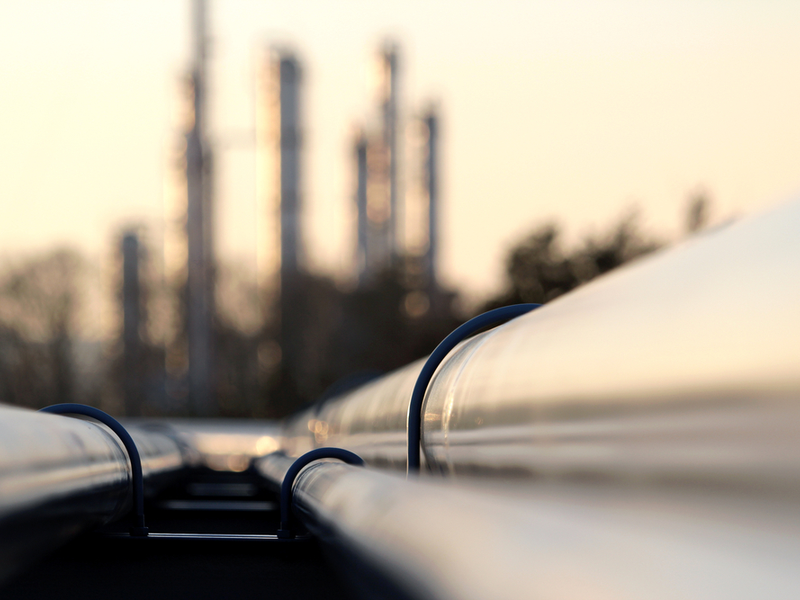 Bulgaria does not expect suspension of Russian gas supplies

The Bulgarian government will stop the export of electricity should Russian gas stop flowing into the country, according to Prime Minister Kiril Petkov on Wednesday.

“If we enter a scenario in which Russian gas is cut off to Bulgaria 100%, stopping the export …

Regarding Poland, cutting supplies via Yamal pipeline, which runs through Belarus, poses no similar problems to Gazprom. Unlike Bulgaria, Poland has options to use gas from other EU members, including using the same pipeline for importing gas from Germany. 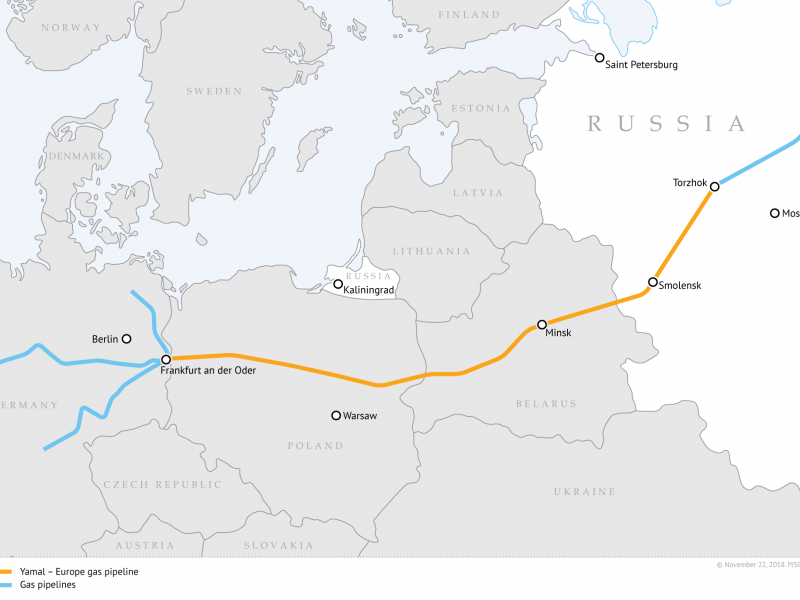 Analysts at investment bank Jefferies said the cut-off warning increases the risk of other early terminations for other European contracts due to expire by the year end, amounting to nearly 12 bcm a year.

Only a few Russian gas buyers, such as Hungary and Uniper, Germany’s main importer of Russian gas, have said it would be possible to pay for future supplies under the scheme announced by Moscow without breaching European Union sanctions.

Germany’s network regulator said it was monitoring the gas delivery situation from Russia after the threat to Poland supplies, adding that supply to Germany was currently guaranteed.