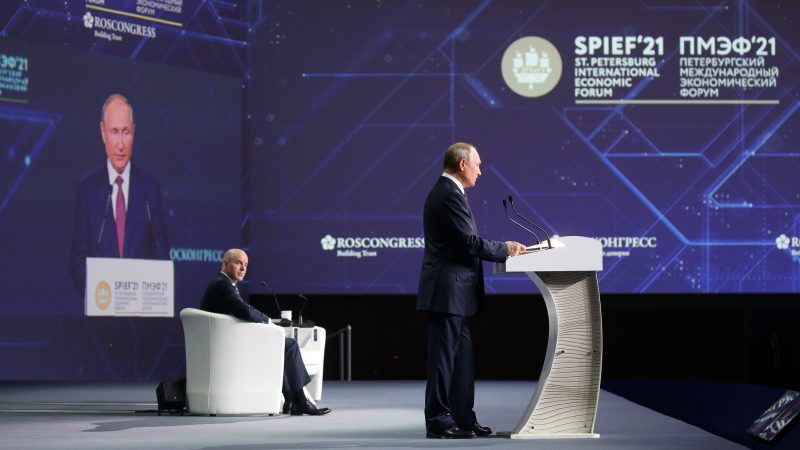 The United States and several European countries have deeply opposed the construction of the pipeline, arguing that it will increase European dependence on Russia for critical gas supplies and increase Moscow’s geopolitical clout.

“I am happy to announce that today, two and a half hours ago, the laying of the first line of the Nord Stream 2 gas pipeline was successfully completed,” Putin said.

“Work on the second line continues,” the Russian leader told the audience of the Saint Petersburg Economic Forum, the country’s flagship economic forum, adding that the country was ready to pursue similar projects with Europe.

Putin made the announcement ahead of a summit with US President Joe Biden on 16 June.

The $12-billion pipeline beneath the Baltic Sea is set to double Russian natural gas shipments to Germany, Europe’s largest economy.

Russian neighbours Ukraine, Poland and the Baltic states have fiercely opposed the pipeline, fearing it will increase Moscow’s political leverage in regional politics.

The construction of the pipeline led to tensions between the United States and Germany, but Washington eventually waived sanctions against the Russian-controlled builder of the pipeline.