The new government included a new economy minister and a new first deputy prime minister, but the finance, foreign, defense, energy and agriculture ministers all kept their jobs.

The new team was formed less than a week after Putin unveiled a sweeping shake-up of the political system, which led to the resignation of his ally Dmitry Medvedev as prime minister along with the entire government.

Putin went on to pick 53-year-old former tax chief Mikhail Mishustin, who has almost no political profile, as his new prime minister. 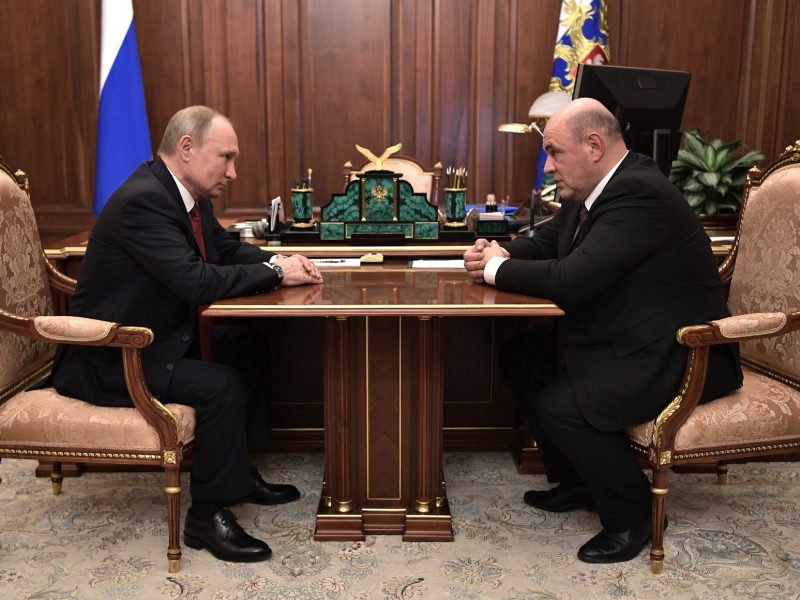 Putin’s wider shake-up, which envisages changing the constitution, is widely seen as preparing the ground for 2024, when Putin, now 67, is obliged to leave the presidency after occupying the Kremlin or the prime minister’s job continuously since 1999.

Critics have long said Putin, a former KGB officer, wants to stay on in some capacity after his term ends so that he can wield power over the world’s largest nation and one of its two biggest nuclear powers.

Tuesday’s new appointments could be intended to reboot the government’s flagging image and shift attention to Putin’s drive to lift falling real incomes and drive ahead with big national infrastructure projects which he hopes will catapult his country into a new economic league.

“The most important task is to increase the welfare of our citizens and strengthen our statehood and the position of our country in the world. All these are absolutely attainable goals,” Putin told the new government.

“We have achieved a very balanced government. We have enough people who worked in the previous government, as well as a major renewal.”

‘The logic has changed’

Putin named Andrei Belousov, his economy advisor since 2013, as first deputy prime minister, replacing Anton Siluanov who had held the role since May 2018.

Belousov, 60, in 2018 proposed making big metals and mining companies pay a windfall tax, sending their share prices lower, although that proposal was subsequently watered down.

Belousov also made headlines last year when he confirmed his friendship with businessman Artem Avetisyan, whose legal battle with private equity fund Baring Vostok has rattled the business community.

Putin also replaced the minister of telecommunications. He named Maksut Shadaev, until now a vice president of state telecoms operator Rostelecom, to the role.

Abbas Gallyamov, a former government speech writer, said Putin had removed three people strongly disliked in certain parts of society – the ministers for culture and education, and a deputy prime minister who oversaw sport at the height of a doping scandal.

“Previously the Kremlin said it would appoint who it wanted and didn’t care if people didn’t like their choice,” Gallyamov wrote on social media. “Now the logic has changed and the authorities do not want to irritate society.”

But he said keeping on some political heavyweights, signalled there was little change in direction, adding: “Putin is clearly showing that substantive changes to the regime’s ideology are not planned.”