File photo. Russian Foreign Minister Sergei Lavrov attends a joint press conference with his Finnish counterpart Haavisto (not seen) after their talks, in the House of the Estates, in Helsinki, Finland, 3 March 2020. [Kimmo Brandt/EPA/EFE] 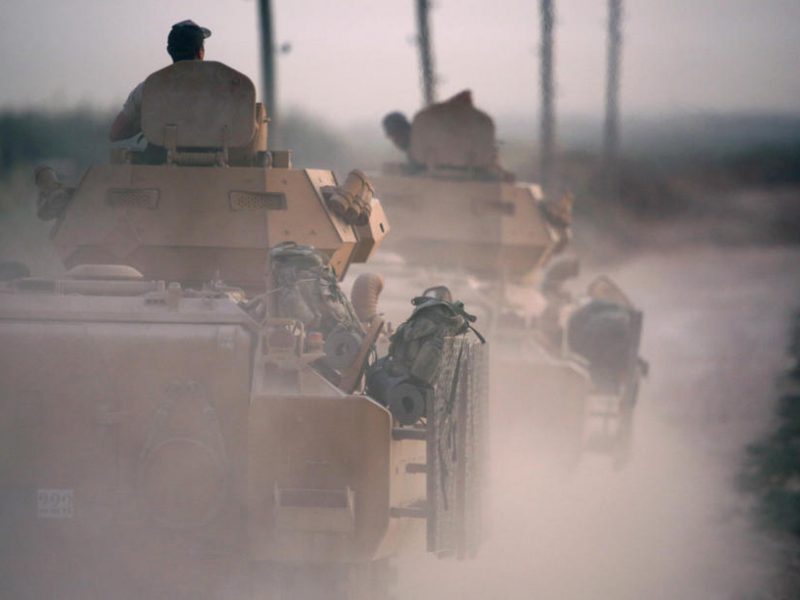 Russia says it proceeds from the assumption that the spread of the pandemic  “could lead to a global humanitarian disaster, given that most people in the current hot spots lack access to medicines and skilled medical assistance”.

Unlike Guterres, who did not mention any conflict by name, Russia says that its “special concern are the situations in Afghanistan, Iraq, Yemen, Libya and Syria, as well in the Palestinian territories, including the Gaza Strip”.

In all these areas Russia has had a long history of power play with the United States dating back to Soviet times. In recent years, especially under the Trump administration, which has lost appetite for engagement in most of these areas, Russia gained new prominence.

Russia is a major “stakeholder”, especially in Syria, where it has a large number of troops and military bases, at the invitation of the country’s leader, and in Libya, where mercenaries of the Kremlin-backed Wagner group support the rebels of general Khalifa Khaftar.

But in both Syria and Libya, Russia is in conflict with its ally Turkey, which supports forces from the opposite camp.

“Our call is primarily addressed to the nations which illegally use military force outside of their national borders”, the Russian foreign ministry stated. From Moscow’s perspective, Turkey’s military incursions both in Syria and in Libya fall in that category.

“We call on the international community to provide the countries in need with the necessary humanitarian support without any political preconditions. Such support should be intended for saving people in distress. The use of humanitarian aid as a tool to force internal political change is unacceptable, as is speculation on the fate of any victims”, Russia states.

Turkey in particular is known for parading with “humanitarian” actions to assert its political influence.

With Iraq, Yemen and Afghanistan, Russia projects itself as a peacemaker, and a peaceful agenda could improve further its profile.

In Iraq, where Iran is asserting its influence and the future of Iraq’s relations with the US looks uncertain, Russia has been praised for its assistance in fighting the Islamic State.

In Yemen, where a proxy war between Saudi Arabia and Iran is ruining the country and has led to a humanitarian disaster, Russia maintains a policy of non-alignment and mediation, hoping to establish a military base in southern Yemen to expand its influence in a region of growing geopolitical importance.

Similarly, Russia plays the role of a peacemaker in Afghanistan, its interest being both to secure a region close to its borders and to re-engage with the US, at a time when bilateral relations are at a record low. Reportedly, it was Moscow that has engineered the present rapprochement between the government in Kabul and the Taliban.

The EU is supportive of the call by Guterres for a global ceasefire and its foreign affairs chief Josep Borrell called it “more important than ever”.

If warring parties heed the call, the coronavirus pandemic could thus create some momentum for conflict resolution, or at least de-escalation in global hotspots.

The call for an immediate global ceasefire by UN Secretary General @antonioguterres is more important than ever. Only together and in peace can we overcome the global #coronavirus pandemic. This is the real fight we need to face today. Unity and solidarity are our weapons. https://t.co/tYsDnl7uYp