Journalists wait outside the headquarters of the Organisation for the Prohibition of Chemical Weapons (OPCW) in The Hague, The Netherlands, 4 April 2018. [Bart Maat/EPA/EFE]

London has said it is “highly likely” Moscow was behind the 4 March attack on former Russian double agent, Sergei Skripal and his daughter Yulia.

But the Kremlin has vehemently denied any involvement in the poisoning which Britain says was carried out with a military-grade nerve agent developed by the Soviet Union.

On April 1, the Permanent Representation of the Russian Federation to the @OPCW sent the following questions regarding the fabricated “Skripal case” to the OPCW’s Technical Secretariat:https://t.co/T5xiDaLkHG pic.twitter.com/g4O49l1vv9

With relations between Moscow and the West plummeting to new lows and more than 150 diplomats expelled on both sides, Russian President Vladimir Putin Wednesday called for “common sense” to prevail. 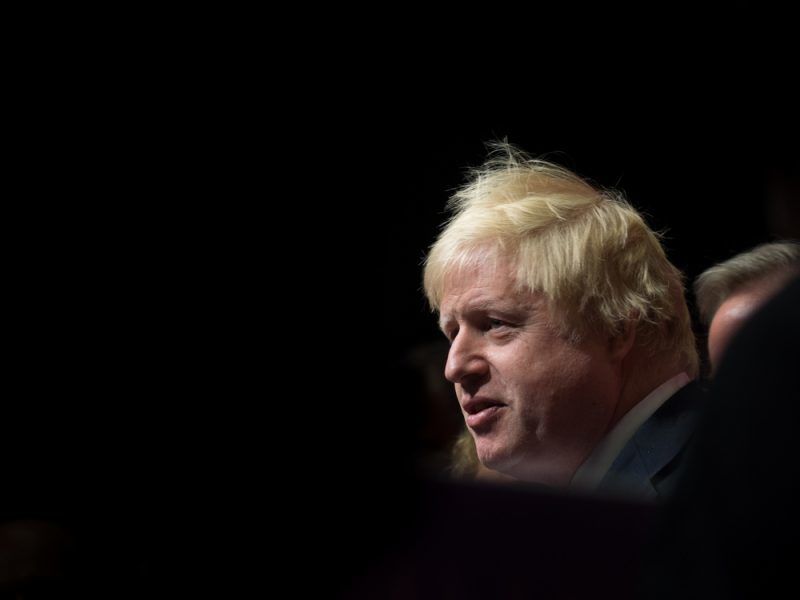 Russian President Vladimir Putin said on Tuesday (3 April) he hoped a planned meeting of the global chemical weapons watchdog would help defuse a major diplomatic row triggered by the poisoning of a former Russian double agent in England.

Taking to the international stage, Moscow convened a meeting of the Organisation for the Prohibition of Chemical Weapons (OPCW), calling for a joint Russian-British probe to be set up into the attack.

“Unfortunately, we haven’t been able to have two-thirds of the votes in support of that decision. A qualified majority was needed,” Russian ambassador Alexander Shulgin told reporters late Wednesday.

“The proposal was about a double investigation led by Russia and the UK. The general director of the OPCW should be the mediator,” he elaborated.

But London slammed the idea as “perverse”.

“We will not agree to Russia’s demand to conduct a joint investigation into the attack in Salisbury because the UK – supported by many other countries – has assessed that it is highly likely that the Russian state is responsible for this attack,” British chemical arms expert John Foggo told the OPCW’s governing executive council.

Russia’s proposal for a joint, UK/Russian investigation into the Salisbury incident is perverse. It is a diversionary tactic, and yet more disinformation designed to evade the questions the Russian authorities must answer.

OPCW experts have already taken on-site samples which are being analysed in The Hague, as well as in four other certified laboratories. The head of the OPCW, Ahmet Uzumcu, said he expected the results “by early next week.”

Diplomatic sources told AFP that six countries voted in favour of the Russian draft motion, 15 were against with 17 abstentions, mainly countries from the Non-Aligned Movement(NAM).

Britain hailed the result. “The purpose of Russia’s ludicrous proposal at The Hague was clear – to undermine the independent, impartial work of the international chemical weapons watchdog,” said Foreign Secretary Boris Johnson.

Moscow’s main goal was “to obscure the truth and confuse the public,” he added.

Bulgaria’s ambassador, speaking on behalf of the European Union, said the EU had “full confidence in the UK investigation”.

Ambassador Krassimir Kostov said the EU agreed with the British “assessment that it is highly likely that the Russian Federation is responsible and that there is no plausible alternative explanation.”

Moscow meanwhile called for a UN Security Council meeting on Thursday at 1900 GMT in New York.

Russian foreign intelligence chief Sergei Naryshkin warned Wednesday in a speech in Moscow that both sides must avoid tensions escalating to the dangerous levels of the Cold War.

Accusations of Moscow engineering the attack were a “grotesque provocation … crudely concocted by the British and American security services,” he said.

Britain’s Foggo told the OPCW meeting that Russia was dodging all of London’s questions, and had made a series of “shameless, preposterous” statements.

“Russia’s refusal to accept the results of the OPCW’s investigation unless Russian experts participate in it suggests that Russia is …. nervous about what the results will show,” he said.

But in a move hailed as a vindication by Moscow, the British defence laboratory at Porton Down analysing the nerve agent revealed Tuesday that it could not say whether the substance came from Russia.

Refusing to be drawn on whether Russia would accept the OPCW experts results, Shulgin added that any investigation must be based on “100 percent solid facts” and “published publicly.”

Britain’s remarks were “a dirty flow of complete lies … outright Russia-phobia,” he said.

Russia has accused the West of wanting to put up a new Iron Curtain and warned of a return to the mutual isolation of the Cold War.

“It has reached such proportions and developed such ludicrous characteristics, that it’s time to talk about the return of the grim times of the Cold War.”

The OPCW, which oversees the 1997 Chemical Weapons Convention, has taken samples from the site of the Salisbury attack and is expected to provide results from testing at two designated laboratories next week.

Shulgin said earlier that if Moscow was prevented from taking part in the testing of the Salisbury toxin samples, it would reject the outcome of the OPCW research.

Russia’s request to open a parallel, joint Russian-British inquiry has been portrayed by Western powers as an attempt to undermine the investigation by OPCW scientists.

The EU said it was very concerned Moscow was considering rejecting the OPCW findings.

Instead of cooperating with the OPCW, Russia had unleashed “a flood of insinuations targeting EU member states … This is completely unacceptable,” an EU statement read to the council session said.