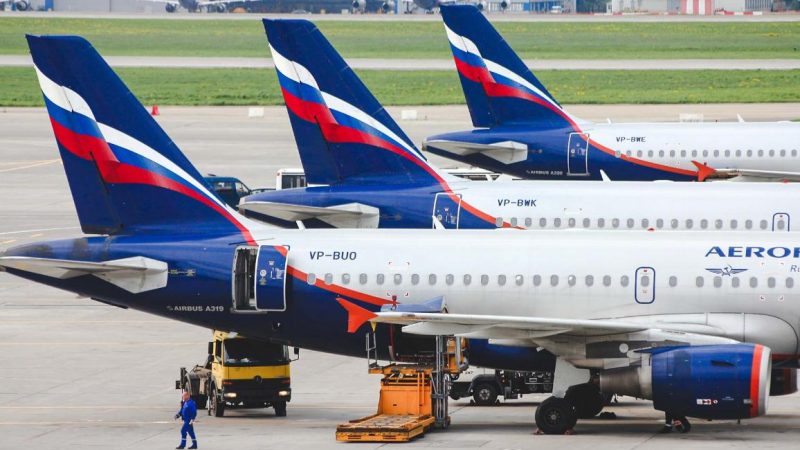 The European Parliament passed on Thursday (5 May) by a show of hands a resolution on the impact of the Russian aggression on the transport and tourism sector, which calls on Russia to return over 400 airplanes leased from foreign companies it has stolen.

All foreign leased aircraft still in Russia after the termination of Western leasing contracts will remain in Russia, Deputy Prime Minister Yuri Borisov said on 31 March.

Sanctions imposed by Western powers in response to Russia’s military campaign in Ukraine forced Western firms to terminate leasing contracts with Russian airlines for over 500 aircraft. Russia has said 78 of these planes were seized while abroad, meaning that well over 400 remain.

Moscow has passed a law allowing the aircraft, worth almost $10 billion, to be entered on its own register, in contravention of international rules.

Bermuda and Ireland, where most of the planes are registered, have suspended airworthiness certificates, which usually means they should be grounded.

In the resolution, MEPs insist that “such a theft cannot be tolerated” and demand the immediate return to the airplanes in question to their lawful owners.

Moreover, MEPs insist that the Russian authorities will be solely responsible for putting the lives of their own citizens at risk when putting these stolen aircraft into operation over Russian skies without being able to fulfil the necessary security requirements.

Other texts of the resolution applaud European transport and tourism operators for helping refugees from Ukraine.

European transport operators are offering Ukrainian citizens free travel by train, bus, ship or plane and this is highly appreciated, the resolution says.

They stress that the war in Ukraine has taken its toll on the EU transport sector through rising fuel prices and by disrupting supply chains. MEPs believe that EU transport operators with links to the Russian market should be supported, as they reorient their operations away from Russia.

The resolution also calls on the EU to further tighten sanctions against the Russian maritime sector and to refuse to allow ships that have docked in Russia on their way to the EU to enter EU ports. In addition, all ships that want to stop at an EU port should be forbidden to re-fuel in Russian ports, the text adds.

The European Council’s decision to drastically cut funds for military mobility was a mistake that undermines European security, MEPs say. They call on the Commission to find a solution to significantly increase the military mobility budget under the Connected Europe Facility programme.

The EU should help member states to develop dual use infrastructure and transport interconnections within the EU, but also with the Western Balkans, Moldova, Georgia and Ukraine, MEPs add, also advocating for the trans-European transport network to be extended to Ukraine and Moldova.

MEPs also call on EU countries to support hotels and short-term rental services in the EU that are hosting Ukrainian refugees. They ask the Commission to establish an EU temporary financial programme to support tourism companies hiring people fleeing from war.