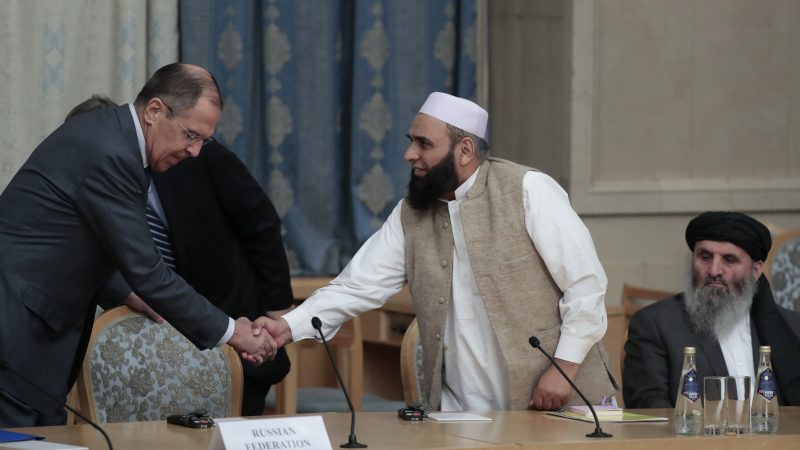 File photo. Russian Foreign Minister Sergei Lavrov shakes hands with an unidentified representative of Taliban delegation prior to the start the Second Moscow round of Afghanistan peace settlement talks on the level of deputy foreign ministers in Moscow, Russia, 9 November 2018. [EPA-EFE/SERGEI CHIRIKOV]

Russia’s ambassador to Afghanistan praised the Taliban’s conduct on Monday (16 August) and said the group, still officially designated a terrorist organisation in Russia, had made Kabul safer in the first 24 hours than it had been under the previous authorities.

The comments by Ambassador Dmitry Zhirnov reflect an undisguised effort by Russia to deepen its well-established ties with the Taliban while stopping short, for now, of recognising the hardline Islamist group as the legitimate rulers of a country Moscow itself tried and failed to control before the Soviet Union withdrew its last forces in 1989.

Russia wants to ensure that the instability in Afghanistan does not spill over into Central Asia, part of the former Soviet Union it regards as its own backyard, and that it does not become a launchpad for other extreme Islamist groups.

Russia has said it was surprised, like many other nations, by the lighting speed with which the Taliban seized control of the country even as US forces were still trying to evacuate American citizens.

Speaking to Moscow’s Ekho Moskvy radio station, Zhirnov said he had been impressed by the Taliban’s conduct so far, describing their approach as “good, positive and business-like.”

“The situation is peaceful and good and everything has calmed down in the city. The situation in Kabul now under the Taliban is better than it was under (President) Ashraf Ghani,” said Zhirnov.

Ghani, whose location is unknown, fled on Sunday, saying he wanted to prevent bloodshed.

“Yesterday the regime fell like a house of cards,” said Zhirnov. “There was a feeling of disorder, a power vacuum, and looters came out on the streets.”

Zhirnov said the Taliban had already taken control of the security perimeter of the Russian Embassy, which has over 100 staff and that he would hold detailed security talks with them on Tuesday.

The Taliban had promised, in line with earlier agreements, to protect Russian diplomats, he said, saying Western fears about their behaviour had so far not been borne out.

He said schools in Kabul, including those for girls, had started functioning again.

Russia’s embassy in Britain has said Washington’s Afghan exit shows its geopolitical star is on the wane.

“The objective reality is that Washington’s comfortable position of US hegemony is receding into the past against the backdrop of the strengthening political positions of Russia and China,” the embassy said on Twitter on Sunday.

Zamir Kabulov, President Vladimir Putin’s special representative on Afghanistan, said on Monday that Moscow’s long campaign to build ties with the Taliban appeared now to be paying off.

“It’s not for nothing that we’ve been establishing contacts with the Taliban movement for the last seven years,” Kabulov told Ekho Moskvy.

“We saw that this force would in the end if not completely come to power would play a leading role in the future of Afghanistan in any case.”

A Chinese government spokesman said on Monday Beijing was ready to deepen “friendly and cooperative” relations with Afghanistan.

“The Taliban have repeatedly expressed their hope to develop good relations with China, and that they look forward to China’s participation in the reconstruction and development of Afghanistan,” said a foreign ministry spokeswoman. 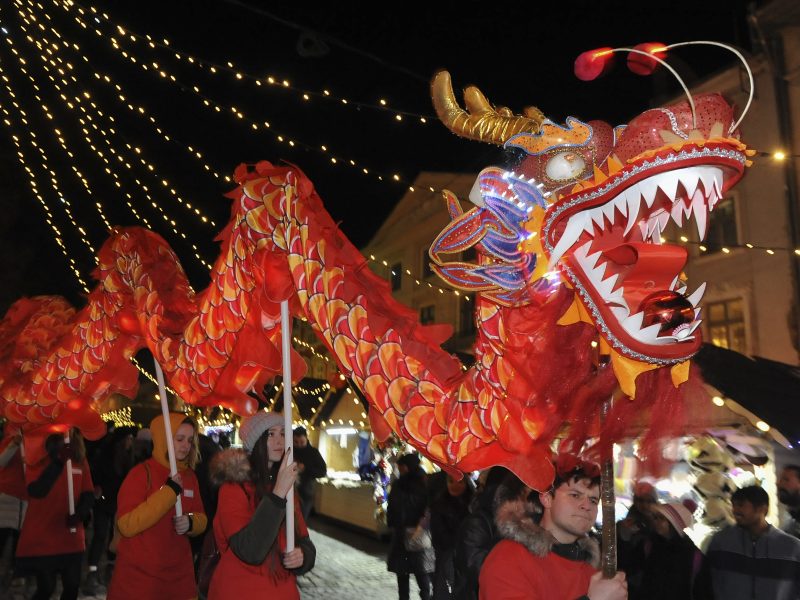 China: The dragon spreads its wings over Afghanistan

China is looking to fill political and security void in the region after the US troops and the West left Afghanistan, for which it had prepared for a long time, writes Jessica Taneja.

“The military defeat and the US withdrawal from Afghanistan should offer an opportunity to restore life, security and lasting peace in that country,” said Raisi, quoted by his office.

While his statement did not directly mention the Taliban, it did say Tehran wanted good relations with its eastern neighbour and was “closely monitoring” developments there.

Iran hosts nearly 3.5 million Afghans, who make up nearly four percent of its population, according to the UN refugee agency.

Others meanwhile, welcomed the Taliban’s return to power.

The Palestinian Islamist movement Hamas, which controls the Gaza Strip, said it “congratulates the Taliban movement and its courageous leadership on this victory, which was the culmination of its long struggle over the past 20 years”.