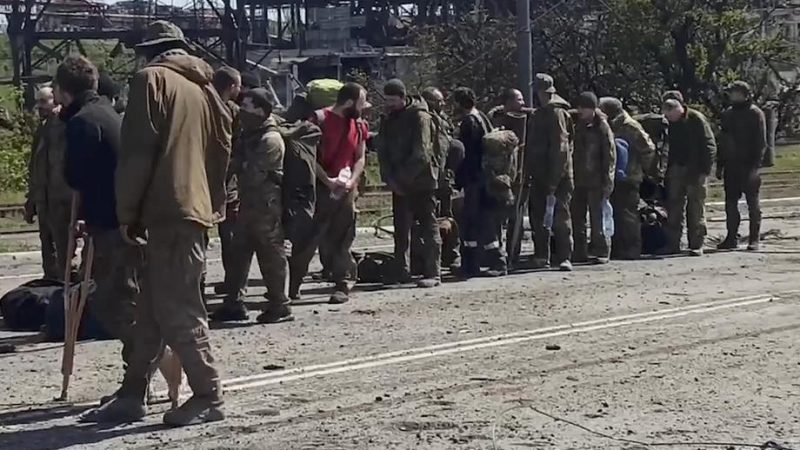 A still image taken from a handout video dated 17 April 2022 and made available by the Russian Defence ministry press service on 18 April 2022 shows Ukrainian servicemen from the besieged Azovstal steel plant preparing to be evacuated, Mariupol, Ukraine, 17 May 2022. [Handout image/EPA/EFE]

Russia said on Wednesday (18 May) nearly 700 more Ukrainian fighters had surrendered in Mariupol, while the United States became the latest Western country to reopen its Kyiv embassy after a three-month closure.

More than a day after Ukraine announced it had ordered its garrison in Mariupol to stand down, the ultimate outcome of Europe’s bloodiest battle for decades remained unresolved.

Ukrainian officials declined to comment publicly on the fate of fighters who had made their last stand at the Azovstal steelworks plant, holding out as Mariupol was taken over by Russian forces. 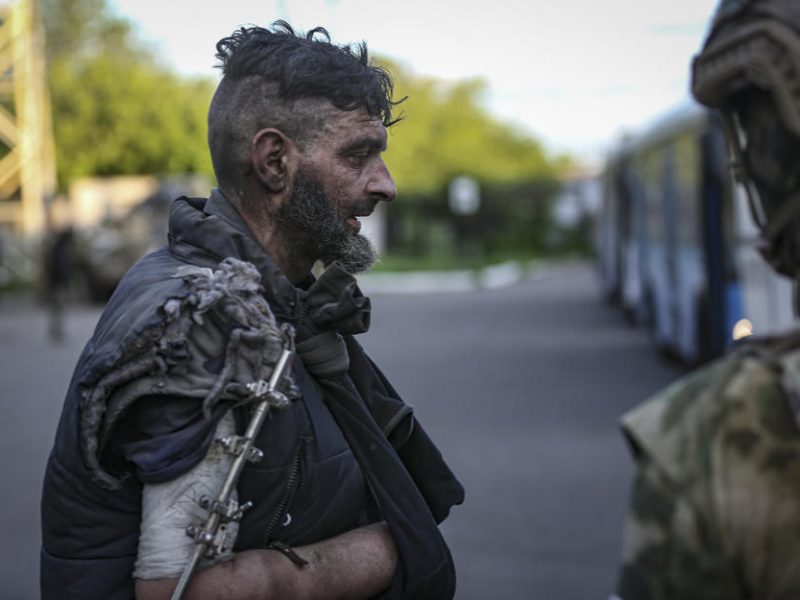 Mariupol defenders surrender to Russia but their fate is uncertain

More than 250 Ukrainian fighters surrendered to Russian forces at the Azovstal steelworks in Mariupol after weeks of desperate resistance, bringing an end to the most devastating siege of Russia’s war in Ukraine and allowing President Vladimir Putin to claim a rare victory in his faltering campaign.

“The state is making utmost efforts to carry out the rescue of our service personnel,” military spokesman Oleksandr Motuzaynik told a news conference. “Any information to the public could endanger that process.”

Russia said 694 more fighters had surrendered overnight, bringing the total number of people who had laid down arms to 959.

The leader of pro-Russian separatists in control of the area, Denis Pushilin, was quoted by local news agency DNA as saying the main commanders were still inside the plant.

Ukrainian officials had confirmed the surrender of more than 250 fighters on Tuesday but they did not say how many more were inside.

Mariupol Mayor Vadym Boichenko said President Volodymyr Zelenskyy, the Red Cross and the United Nations were involved in talks but gave no details.

Russia has focussed on the south-east in recent offensives after pulling away from Kyiv, where, in a further sign of normalization, the United States said it had resumed operations at its embassy on Wednesday.

“The Ukrainian people… have defended their homeland in the face of Russia’s unconscionable invasion, and, as a result, the Stars and Stripes are flying over the Embassy once again,” said US Secretary of State Antony Blinken.

A small number of diplomats would return initially to staff the mission but consular operations will not resume immediately, said embassy spokesperson Daniel Langenkamp.

Canada, Britain and others have also recently resumed embassy operations.

It also signals the approaching end of a near three-month siege of the port city of more than 400,000 people, where Ukraine says tens of thousands died under Russian bombardment.

Ukrainian officials have spoken of arranging a prisoner swap but Moscow says no such deal was made for the fighters, many from a far-right unit.

Russia says more than 50 wounded fighters have been brought for treatment to a hospital, and others have been taken to a prison, both in Ukrainian towns held by pro-Russian separatists.

Russia’s defence ministry posted videos of what it said were Ukrainian fighters receiving hospital treatment after surrendering at Azovstal.

One man shown lying on bed said he had access to food and doctors, while a second said he had been bandaged and had no complaints about his treatment. It was not possible to establish if the men were speaking freely.

The Kremlin says Putin has personally guaranteed the humane treatment of those who surrender. Other Russian politicians have called for them to be kept captive and even executed.

As reaction to the war continued to ripple across Europe, Finland and Sweden formally applied to join NATO, bringing about the very expansion that Putin has long cited as a main reason for launching the February “special military operation.”

US Ambassador to NATO Julianne Smith told Sky News the accession process needed to be expedited.

“I think we’d like to see it done in a couple of months. That’s the goal,” she said.

But NATO member Turkey’s president said Sweden should not expect Turkey to approve its bid unless it returned “terrorists”, Kurdish militants and followers of Fethullah Gülen, and Swedish and Finnish delegations should not come to Turkey to convince it otherwise. 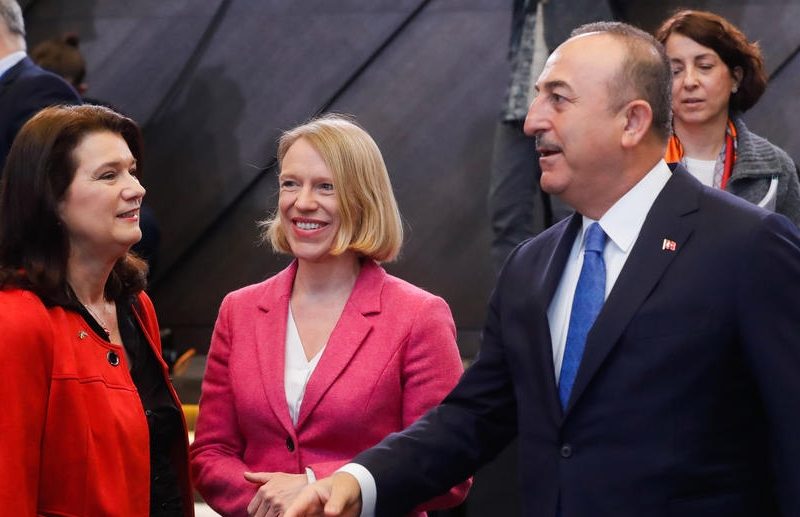 When Finland and Sweden signalled they were thinking of making the historic decision joining NATO, the alliance expected a tough response from Moscow, not from one of its own.

Finland, which shares a 1,300-km border with Russia, and Sweden were both militarily non-aligned throughout the Cold War.

Although Russia had threatened retaliation against the plans, Putin said on Monday their NATO membership would not be an issue unless the alliance sent more troops or weapons there.

And in a bid to cut energy dependence, the European Commission announced a €210 billion plan for Europe to end its reliance on Russian oil, gas and coal by 2027, including plans to more than double EU renewable energy capacity by 2030.

Meanwhile, Google became the latest big Western company to pull out of Russia, saying its local unit had filed for bankruptcy and was forced to shut operations after its bank accounts were seized.

On the battle front, in recent weeks, Russian forces have abandoned the area around Ukraine’s second largest city Kharkiv.

“We have some success in these directions,” Zelenskyy’s Chief of Staff Andriy Yermak told MSNBC.

Nevertheless, Moscow has continued to press on with its main offensive, trying to capture more territory in the Donbas region which it claims on behalf of separatists.

Mariupol, the main port for the Donbas, is the biggest city Russia has captured so far, and gives Moscow full control of the Sea of Azov and an unbroken swathe of territory across Ukraine’s east and south.

The city’s near total destruction demonstrated Russia’s tactic of raining down fire on population centres.

Human Rights Watch said it had documented cases of apparent war crimes by Russian troops in the Kyiv and Chernihiv regions from late February through March, including summary executions, torture and other grave abuses.

Kremlin spokesman Dmitry Peskov and Russia’s defence ministry did not respond to requests for comment on the report. Moscow denies targeting civilians and says, without evidence, that signs of atrocities were staged to discredit its troops.