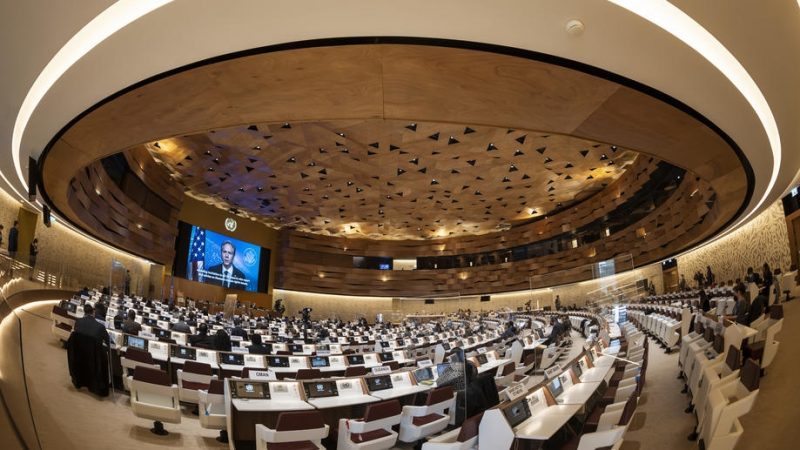 File photo. US Secretary of State Antony Blinken appears on a screen as he delivers a remote speech, to the 49th session of the UN Human Rights Council, at the European headquarters of the United Nations in Geneva, Switzerland, 1 March 2022. [EPA-EFE/SALVATORE DI NOLFI / POOL]

Russia has warned countries at the United Nations that a yes vote or abstention on a US push to suspend Moscow from the Human Rights Council will be viewed as an “unfriendly gesture” with consequences for bilateral ties, according to a note seen by Reuters on Wednesday (6 April).

The United States said on Monday it would seek Russia’s suspension after Ukraine accused Russian troops of killing hundreds of civilians in the town of Bucha. 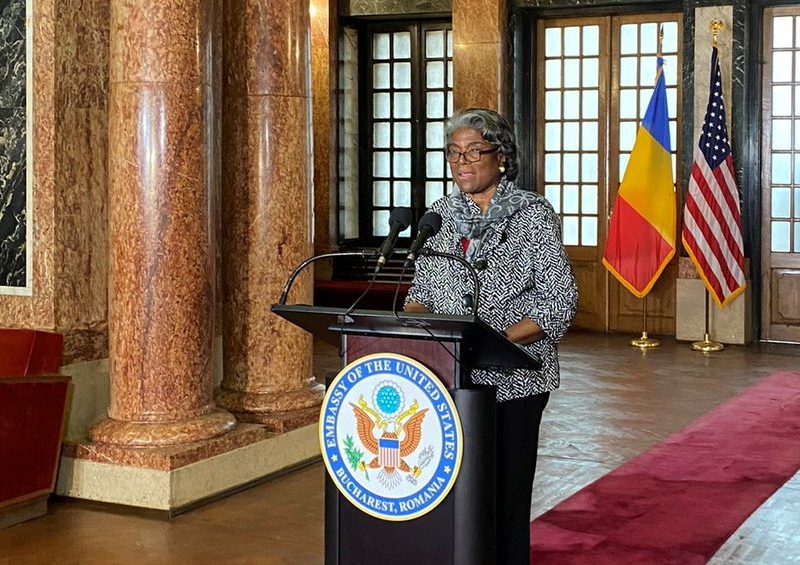 US pushes to suspend Russia from UN human rights body

The United States will ask the UN General Assembly to suspend Russia from the Human Rights Council, the US ambassador to the UN said, after Ukraine accused Russian troops of killing dozens of civilians in the town of Bucha.

The 193-member U.N. General Assembly in New York is due to vote on the measure on Thursday.

A two-thirds majority of voting members – abstentions do not count – can suspend a country from the 47-member Geneva-based Human Rights Council for committing gross and systematic violations of human rights.

Russia’s mission to the United Nations urged countries to “speak out against the anti-Russian resolution.” It was not immediately clear how many countries received the note.

“It is worth mentioning that not only support for such an initiative, but also an equidistant position in the vote (abstention or non-participation) will be considered as an unfriendly gesture,” the note read.

“In addition, the position of each country will be taken into account both in the development of bilateral relations and in the work on the issues important for it within the framework of the UN,” it read.

Russia’s mission to the United Nations declined to comment on the letter because it was not public. Russia is in its second year of a three-year term on the Human Rights Council.

Since Russia’s invasion of Ukraine began on 24 February, the Assembly has adopted two resolutions denouncing Russia with 141 and 140 votes in favor. Moscow says it is carrying out a “special operation” to demilitarize Ukraine.

Russia denies attacking civilians in Ukraine and Russia’s UN Ambassador Vassily Nebenzia said on Tuesday that while Bucha was under Russian control “not a single civilian suffered from any kind of violence.”

The General Assembly has previously suspended a country from the Human Rights Council. In March 2011, it unanimously suspended Libya because of violence against protesters by forces loyal to then-leader Muammar Gaddafi