Russia to deliver missiles to Iran, and open oil-for-goods business 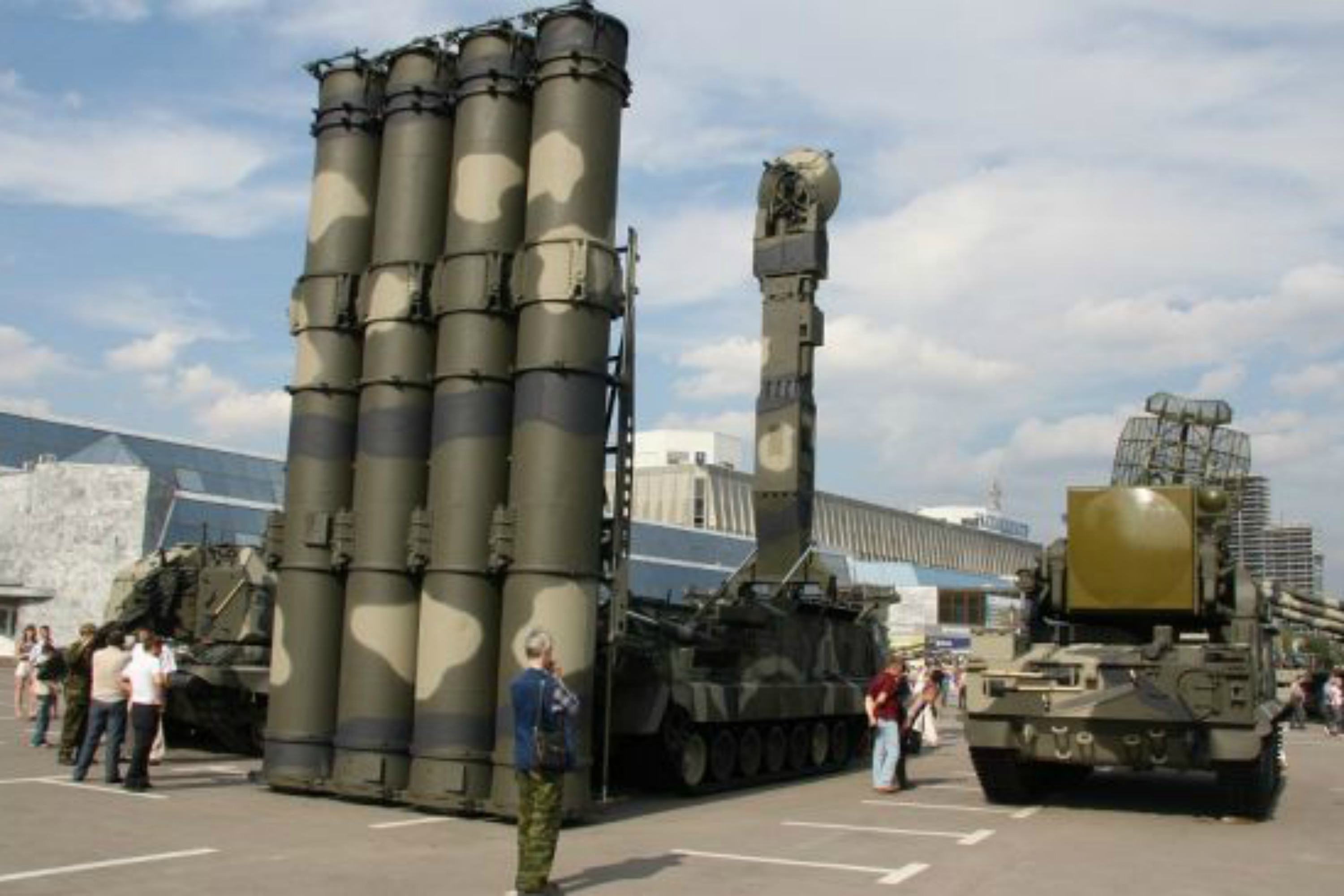 Russia paved the way Monday (13 April) for missile system deliveries to Iran, and started an oil-for-goods swap, signalling that Moscow may have a head-start in the race to benefit from an eventual lifting of sanctions on Tehran.

The moves come after world powers, including Russia, reached an interim deal with Iran this month on curbing its nuclear programme.

The Kremlin said President Vladimir Putin signed a decree ending a self-imposed ban on delivering the S-300 anti-missile rocket system to Iran, removing a major irritant between the two countries after Moscow cancelled a corresponding contract in 2010 under pressure from the West.

A senior government official said separately that Russia has started supplying grain, equipment and construction materials to Iran in exchange for crude oil under a barter deal.

Sources told Reuters more than a year ago that a deal worth up to $20 billion was being discussed and would involve Russia buying up to 500,000 barrels of Iranian oil a day.

Officials from the two countries have issued contradictory statements since then on whether a deal has been signed, but Russian Deputy Foreign Minister Sergei Ryabkov said on Monday one was already being implemented.

“I wanted to draw your attention to the rolling out of the oil-for-goods deal, which is on a very significant scale,” Ryabkov told a briefing with members of the upper house of parliament on the talks with Iran.

>>Read: EU turns to Iran as alternative to Russian gas

“In exchange for Iranian crude oil supplies, we are delivering certain products. This is not banned or limited under the current sanctions regime.”

He declined to give further details. Russia’s Agriculture Ministry declined comment and the Energy Ministry did not respond to a request for comment. There was no comment from Iran.

Iran is the third-largest buyer of Russian wheat, and Moscow and Tehran have been discussing the oil-for-goods barter deal for more than a year.

Russia hopes to reap economic and trade benefits if a final deal is concluded to build on the framework agreement reached in the Swiss city of Lausanne between Iran and Russia, the United States, France, Britain, Germany and China.

They have until June 30 to work out a detailed technical agreement under which Iran would curb its nuclear programme and allow international control in exchange for a lifting of economic sanctions.

She said, however, that U.S. officials do not think Russia’s actions will hurt unity between the major powers in the nuclear talks.

Lavrov said the agreement in Lausanne wiped out the need for Moscow’s ban on the delivery of S-300 and that the system was defensive, hence would pose no threat to Iran’s foe, Israel.

“As a result of suspending the contract, we did not receive major sums that we were due. We see no need to continue doing this given progress in talks on Iran’s nuclear programme and the absolutely legitimate nature of the forthcoming deal,” he said.

The United States and Israel had lobbied Russia to block the missile sale before it did so in 2010, saying the S-300 system could be used to shield Iran’s nuclear facilities from possible future air strikes.

Leonid Ivashov, a retired Russian general who now heads the Moscow-based Centre for Geo-Political Analysis think tank, said the move was part of a race for future contracts in Iran.

>>Read: TAP pipeline open to other shareholders, including Iran

“If we now delay and leave Iran waiting, then tomorrow, when sanctions are fully lifted, Washington and its allies will get Iran’s large market,” RIA news agency quoted him as saying.

Ryabkov suggested Russia had high hopes that its steady support for Iran would pay off in energy cooperation once international sanctions against Tehran are lifted.

“It takes two to tango. We are ready to provide our services and I am sure they will be pretty advantageous compared to other countries,” he said. “We never gave up on Iran in a difficult situation … Both for oil and gas, I think the prospects for our cooperation should not be underestimated.”

He also reiterated Moscow’s view that an arms embargo on Iran should be lifted once a final nuclear deal is sealed.

Sanctions have cut Iran’s oil exports to about 1.1 million barrels per day from 2.5 million bpd in 2012. Analysts say Iran is unlikely to see a major boost in exports before next year.

One upper house lawmaker asked Ryabkov whether lifting sanctions on Tehran could undermine Russia’s position on global energy markets, including as the main gas supplier to Europe.

“I am not confident as yet that the Iranian side would be ready to carry out supplies of natural gas from its fields quickly and in large quantities to Europe. This requires infrastructure that is difficult to build,” he said.

A raft of global sanctions imposed on Iran over its alleged nuclear activities will be lifted over time, if the Islamic Republic sticks to the terms of a final deal with the global powers reached on 2 April after 12 years of brinkmanship, threats and confrontation.

>> Read: Nuclear sanctions on Iran to be lifted if it meets deal

The framework is contingent on reaching an agreement by 30 June. All sanctions on Iran remain in place until a final deal, which world powers hope will make it virtually impossible for Iran to make nuclear weapons under the guise of its civilian program.

Many details still need to be worked out. Diplomats close to the negotiations said the deal was fragile. It could not be ruled out that the understandings reached could collapse between now and 30 June. Experts believe it will be much harder to reach a final deal than it was to agree the framework accord.